Butler Township–An explosion in a home of a Schuylkill County family has shaken them. A cell phone is being blamed for the blast. You can see burnt beddin... 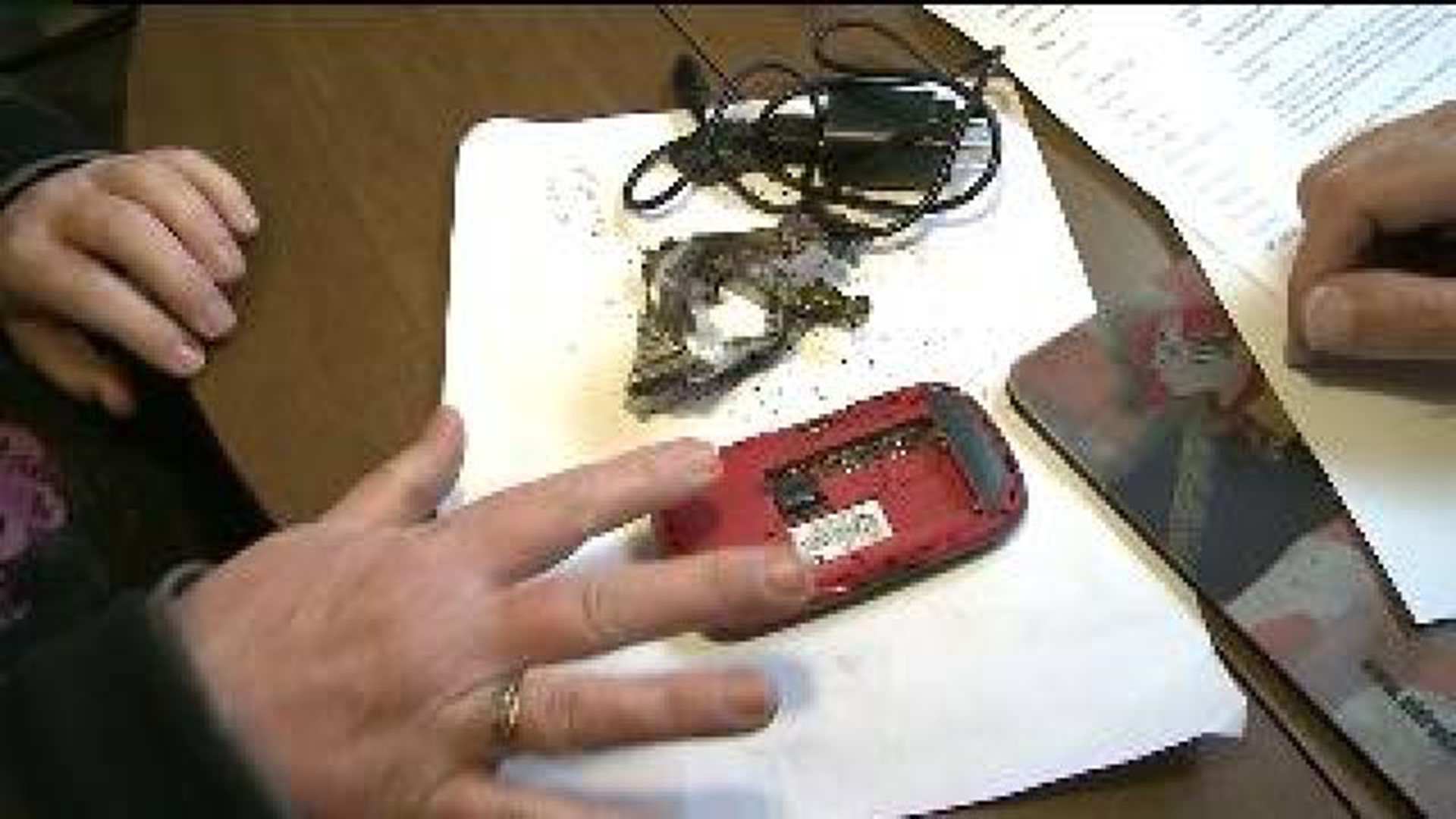 Butler Township--An explosion in a home of a Schuylkill County family has shaken them. A cell phone is being blamed for the blast.

You can see burnt bedding in the home of the Eye family near Gordon. Linda Eye said a new cell phone exploded this week while on charge.

"We heard a poof almost like a gun shot, really loud. The whole room was just filled with smoke and John was like all confused of course."

John Eye is hearing impaired and explained he uses cell phones for texting.

"I went to sleep and about an hour later I heard a boom an explosion and I saw a big flame in the air."

The fire caused by the cell phone explosion slightly burned John Eye on his face. Metal surrounding the battery is twisted from the blast and John's mom, Linda knows it could have been worse.

"It's very scary,really scary. If it was in his hand it would have blown his fingers off ."

Linda Eye said she contacted Amazon Dot Com where she bought the cell.  She's waiting for a reply. Newswatch 16 reached out to Blu, the maker of the phone. The company hasn't responded. Linda Eye knows that so far the government has issued any recalls on the model of cellphone.

"I don't know if I want another one of these phones, I would like some compensation for all the stuff that was burnt and all."

The Consumer Product Safety Commission an arm of the federal government has tips on how to deal with your cell phone, especially the battery.