WILKES-BARRE — The jury did get the final word and today that word was guilty. They convicted both Robert Caravella and Carol Hann of child sex abuse, a t... 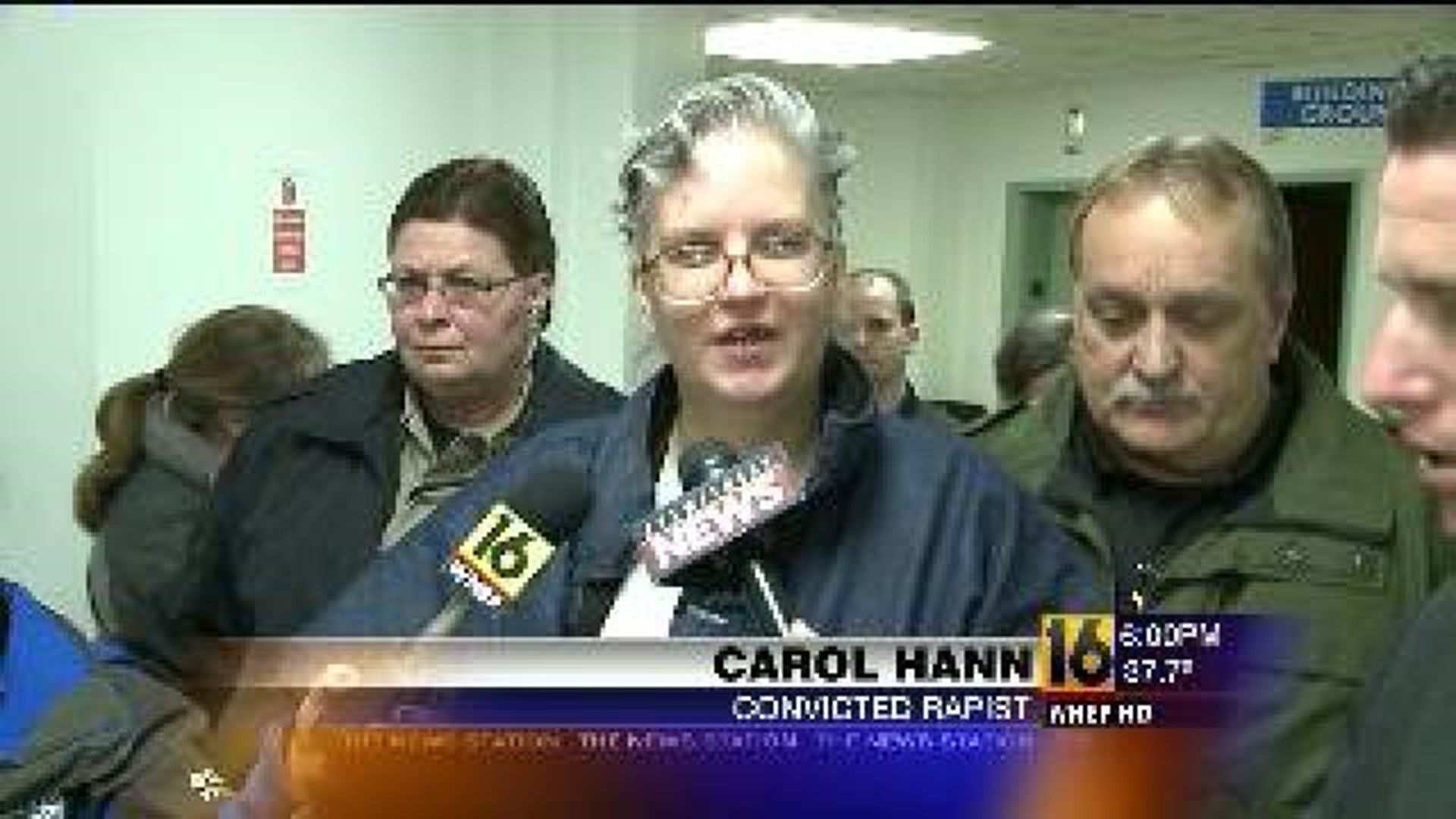 WILKES-BARRE -- The jury did get the final word and today that word was guilty. They convicted both Robert Caravella and Carol Hann of child sex abuse, a total of 13 charges, including rape for Carol Hann.

As Carol Hann left Luzerne County Court, she proclaimed her innocence, denying she ever raped a 12-year-old boy at her home in Plymouth.

”Do you have anything to say?” Newswatch 16 asked.

“It is finished. I’m dying so I win. I’m innocent. I’ve been framed,” said Hann.

Hann was convicted of rape and several other child sex abuse charges. Her husband Robert Caravella was also found guilty of child sex abuse, convictions that lawyers said wouldn’t have been handed down if it weren’t for the 14-year-old boy who took the stand in court.

The boy detailed years of sex abuse, testifying that Robert Caravella showed him pornography when he was only seven years old. He also said Caravella forced him to have sex with Carol Hann starting on his eighth birthday. Their sexual relationship, he says, continued until he was 12.

During his disturbing testimony, the teenager said he didn’t know that what was happening was wrong. Assistant District Attorney Jenny Roberts said the boy was embarrassed about that and nervous to testify.

”Now he realizes everything that he’s been through. He’s still obviously receiving a lot of therapy and treatment, so hopefully with the verdict, he can put this behind him and move on and it’ll help with his therapy,” said Roberts.

Roberts said the boy lives with a foster family and sees several doctors and therapists. She said this case was one of the most disturbing she’s ever tried.

”The details of the case and the evidence that was uncovered was probably one of the most disturbing cases that i personally have dealt with, the detectives have dealt with regarding child abuse cases and neglect,” said Roberts.