” PARADISE TOWNSHIP — Saturday night’s football game started with a roar of emotion as the Pocono Mountain East Cardinals ran out onto the fie... 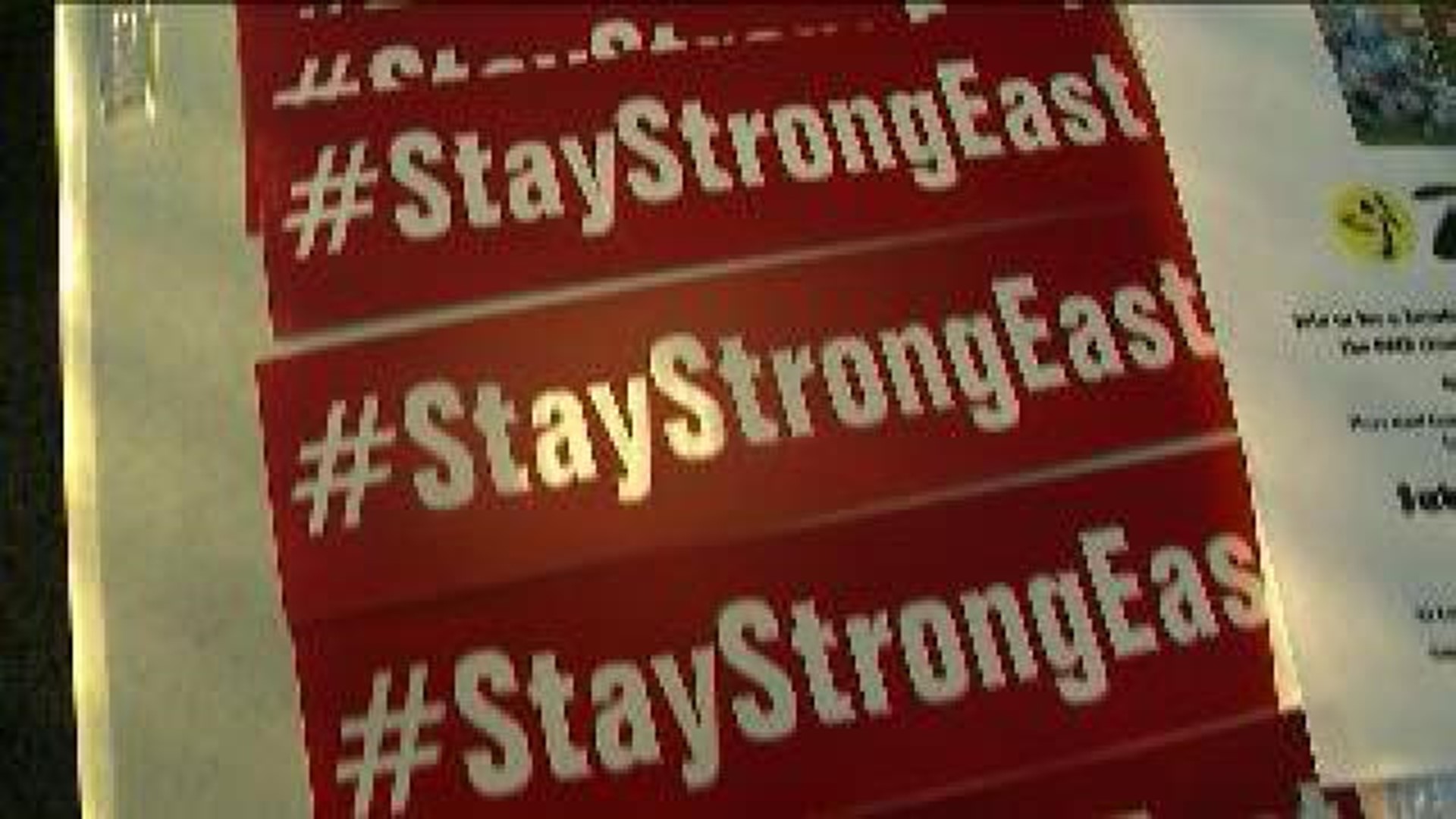 PARADISE TOWNSHIP -- Saturday night's football game started with a roar of emotion as the Pocono Mountain East Cardinals ran out onto the field. The crowd then paused for a moment to pay tribute to several members of the team who were injured in a car crash Tuesday evening.

Family members say Justin Bullock and Steve Dienno both remain in the hospital being treated for serious injuries. A third player Mike Kenosky was treated and released from the hospital.

Photos from the crash show the devestating wreckage, with the car split in two. However, despite the nightmarish week, family members of two of the injured players were at the game, wearing their relative's jersey.

Steve Dienno's grandfather sat in the stands next to Justin Bullock's father Franklin.

Senior Kayla Elliott described why both of the players are so popular.
"Steven's like an outgoing kid, when you need someone he is there for you, and Justin puts a smile on your face and makes you laugh all the time."

The boys numbers, #3 and #38 were everywhere as parents and kids raised money for the injured players.

The Gridiron Club offered bumper stickers and t-shirts and collected cash in buckets at the gates. They hope to help all of the families involved with their medical bills and other expenses.

Bullock says his son has a long road ahead, but being surrounded by support is helping him face the hardship.

He says,"It's humbling, very humbling, it takes a tragedy to bring a community together like this, it's really beautiful.