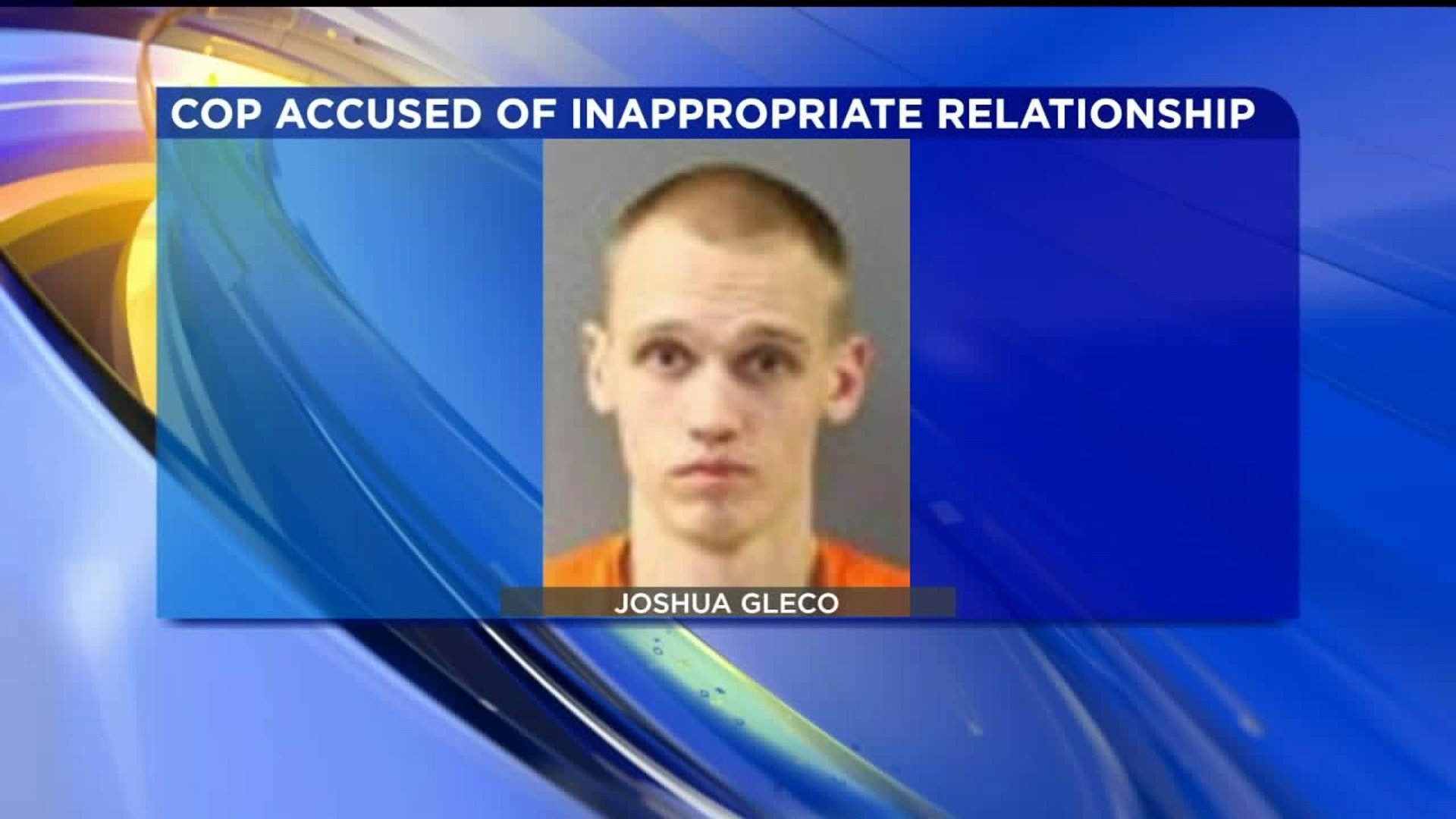 Troopers say Gleco had an inappropriate relationship with the juvenile victim between June of 2017 and June of 2018.

Some people who live in Canton are shocked by the arrest.

"It's not a good thing, but you don't know until it all comes out in the wash," said Albert Toth.

According to state police, Gleco was staying at the teenager's home in Canton.

Shawn Miller lives across the street from the alleged victim where Gleco was staying. His 9-year-old son stayed overnight there.

"You could just see the body language between the two. It was sickening," Miller said. "It made it even more sick that it's going on in front of my kids and he's supposed to uphold the law."

When investigators looked through Gleco's email and cell phone, they found child pornography and wiretap violations.

Gleco is currently suspended without pay from the Canton Police Department.

The people we spoke with say if these allegations are true, Gleco should be fired.

"He should go to jail for life for that. It's unethical. It's illegal, and it's not right," Noah Douglass said.

Gleco is the third cop in our area to be arrested this year.

"It happens all the time. It's a shame. It happens more often than it should," Douglass added.

Gleco is locked up in the Bradford County jail and is scheduled to appear in court next month.

Gleco is locked up in Bradford County on four counts of sexual abuse of children, corruption of minors, and three counts of felony wiretap violation.