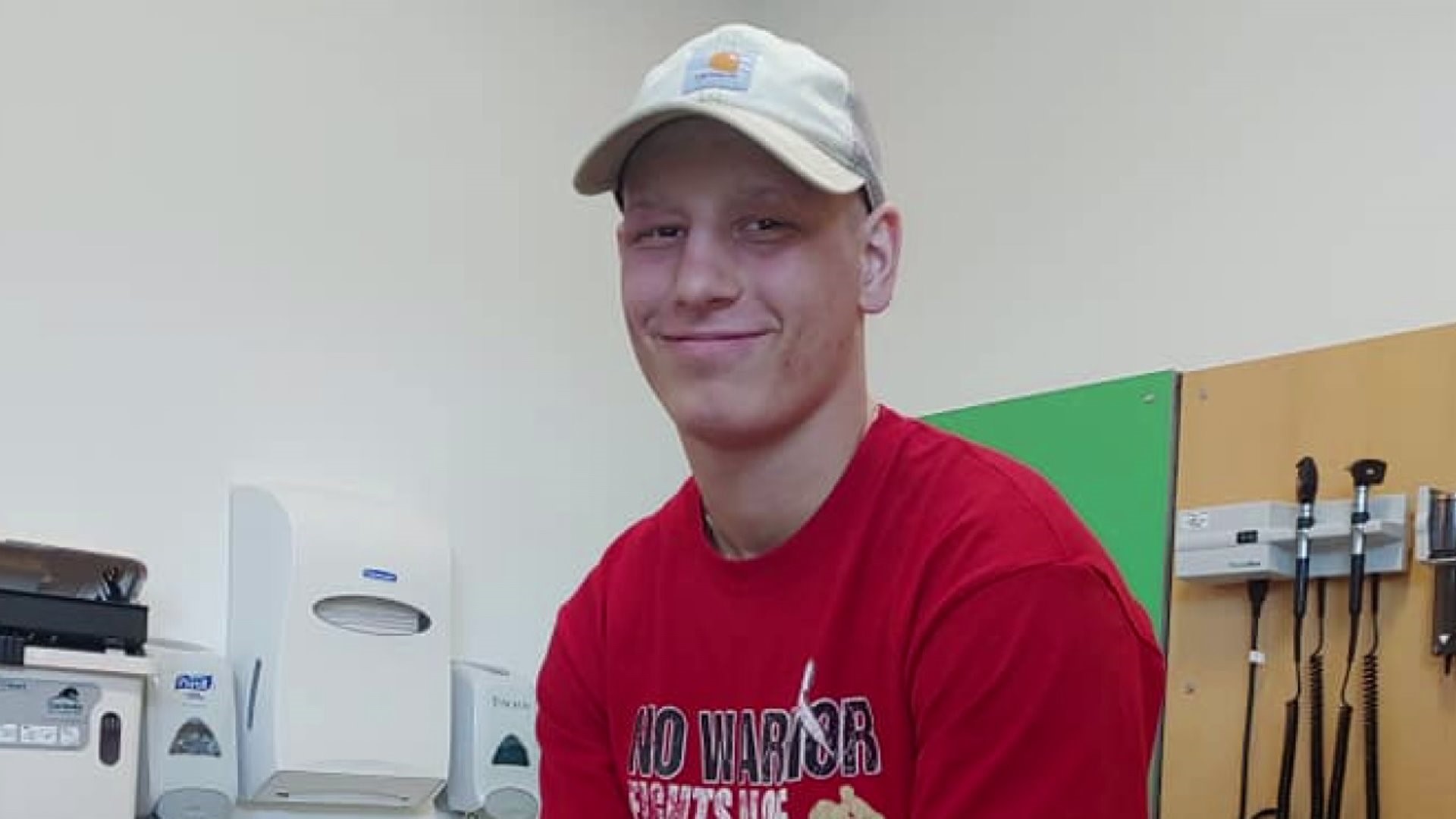 CANTON, Pa. — For as strong as the winds were blowing outside of Canton Area High School, there was a force more powerful that walked the halls inside.

"Seeing his and his family's grit and determination and their fighting spirit.  It was so admirable coming from a young man," said Wyalusing Chamber of Commerce executive director Kelly White.

That young man is 18-year-old Timmy Ward. Timmy was diagnosed with Hodgkin's Lymphoma in 2018 after he discovered a lump that would lead to a 12-month battle with cancer.

"I got my port out on June 6 of this last summer and it was probably a week later and I was lifting and working out as hard as I could," said Ward.

When Canton Area students come through the doors every day, they see a motto: Timmy's motto.  It was on the back of over 1,200 t-shirts sold to support his cancer battle.  The motto is now a rally cry for the Canton Area School District this year.

"They know who I am, and they know that I'm super-competitive and I suck at losing so they always encouraged me and told me 'You got this. You just gotta keep your head up and stay positive' and that's what I try to do," continued Timmy.

"Once he finished his treatments, he decided he would like to help other people that were in his situation," said Timmy's mom, Michelle.

Timmy's battle and his advocacy to help kids battling cancer was all over social media. That led him to Kelly White.

"There was this family I knew nothing about. I just followed it and followed it. You're praying for him, you're getting involved. He was an athlete, he was a great student and the family was just sharing what could be a personal piece," said White.

Kelly is on the board for the Bradford County Relay for Life and had only one question she needed answered.

"That he is now our 2020 relay for life of Bradford County Wyalusing Honorary Chair."

Timmy responded saying, "I'm hoping that me doing this will inspire other people to help others."

"To say proud of him is kind of an understatement. It just makes your heart very happy.  Cancer warrior," continued Michelle.

Timmy will lead the charge, in true Warrior style, when the Relay for Life kicks off in Wyalusing on June 13.