KINGSTON TOWNSHIP — It’s now day three of the heat wave scorching much of the country. While some are working in the heat, others are camping in it.... 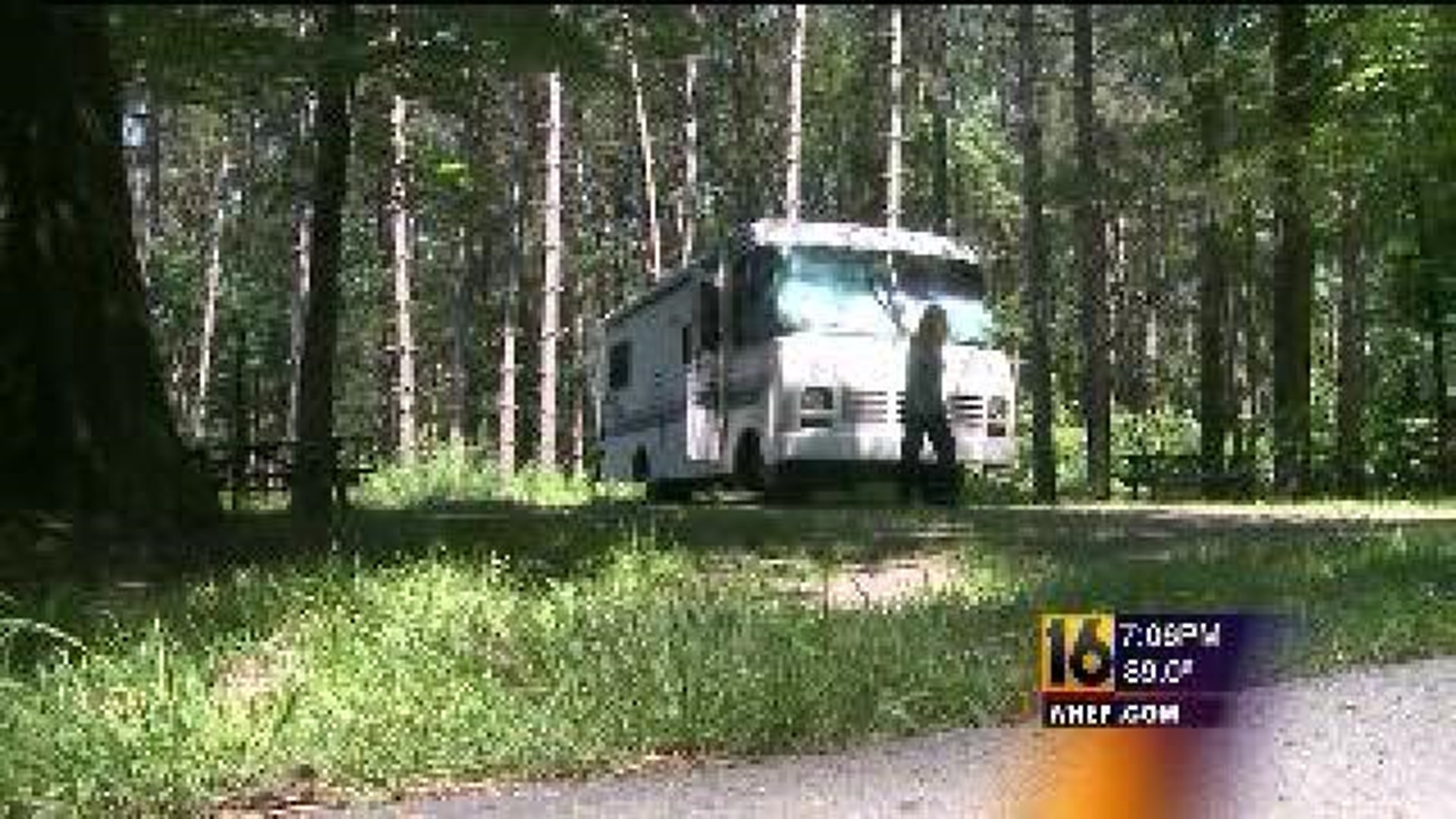 KINGSTON TOWNSHIP -- It's now day three of the heat wave scorching much of the country. While some are working in the heat, others are camping in it.

It's been a long and hot few days at this camp site for Deborah Stachyra and her family. They decided to camp at Frances Slocum State Park near Dallas instead of heading down to North Carolina. But staying up north didn't make much difference.

"We got the heat as we do during when we go to North Carolina. It seems the heat follows us," said Deborah Stachyra, of Exeter.

Sleeping in a tent didn't help much, and deborah says they needed to buy extra ice to get through the week. Sandy Barnes and her husband made the road trip from Florida to Pennsylvania in an air-conditioned camper.

"Well it's been beautiful in Kentucky and West Virginia. Pennsylvania got a little hotter," said Sandy Barnes, of Florida.

"It's got warmer than we hoped for. We were always hoping for cooler temperatures in the woods," said Barnes.

For the people camping here at Frances Slocum, they say there's one good thing about staying in the park. They're really close to this pool, so they can cool off.

"We come camping here every year, around the same time of the year. But this has been the hottest year."

While the kids splash around, the adults are taking cover waiting for the heat to pass.