LACKAWANNA COUNTY — It’s that time of year again: Camp Bisco. The three-day camping music festival on Montage Mountain is in full swing. This is the... 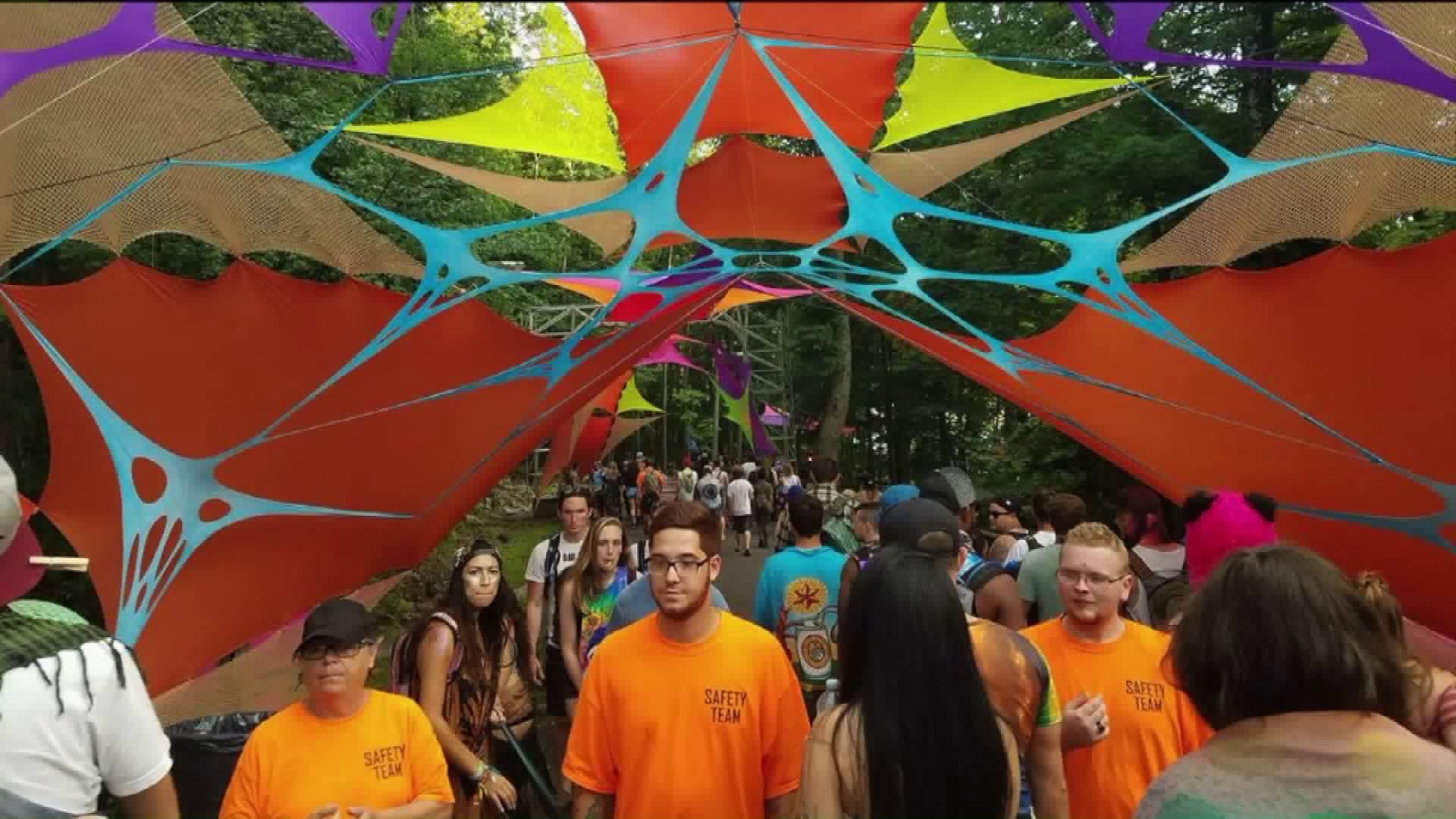 LACKAWANNA COUNTY -- It's that time of year again: Camp Bisco. The three-day camping music festival on Montage Mountain is in full swing.

This is the third year Camp Bisco has been held on the mountain.

The festival draws crowds of music lovers and controversy, too.

Early Wednesday morning, a man was hit a car in Moosic and killed, police say Timothy Vair of New York State was a vendor at Camp Bisco.

Authorities say there have already been more than half a dozen drug-related arrests connected to Camp Bisco.

Harry Baribault of Vermont was handcuffed and charged.

State police say he was on his way to Camp Bisco with three tanks of laughing gas, 150 doses of LSD and the drug known as "molly" in his vehicle.

The festival used to be held in New York State but was canceled in 2014 because of permit issues and public outcry over safety and drug issues.

"Any festival has their problems, you know there's always kids that are getting a little out of hand, but you know that comes with the territory,” said Melissa Rotella of Virginia.

The event means lots more business in the area from hotels to gas stations, shops and eateries.

Business owners call it a good boost to the local economy.

But some workers told Newswatch 16 say the crowds can also cause trouble, leaving behind messes.

In 2015, after the Camp Bisco event, there was cleanup controversy on the mountain when heaps of trash, grills, and tents were left behind and Montage Mountain Water Park had to be cleaned, too.

"Not a real big fan of Camp Bisco because my daughter and I go to the water park often in the summer and they shut down for the four days that it's here and then it's in disarray when we go back up to it, so not real happy with the kind of people that come in for it and I'd rather that they didn't have it here,” said Lori Stabryla of Scranton.

Scranton's police chief says he has officers on the mountain round the clock until Camp Bisco is over.

He says there many more problems at Camp Bisco than other events at the mountain, but he says because it goes over a period of three days, there's much more opportunity for more to go wrong.

"It certainly appeals to those kinds of people but I've been pleasantly surprised to see all sorts of people, even families, and kids come and have a nice time,” said Ryan Williamson of Virginia.