SCRANTON, Pa. — Scranton’s First Friday drew thousands downtown for a busy night. “It’s terrific socially just for us to be able to get out wi... 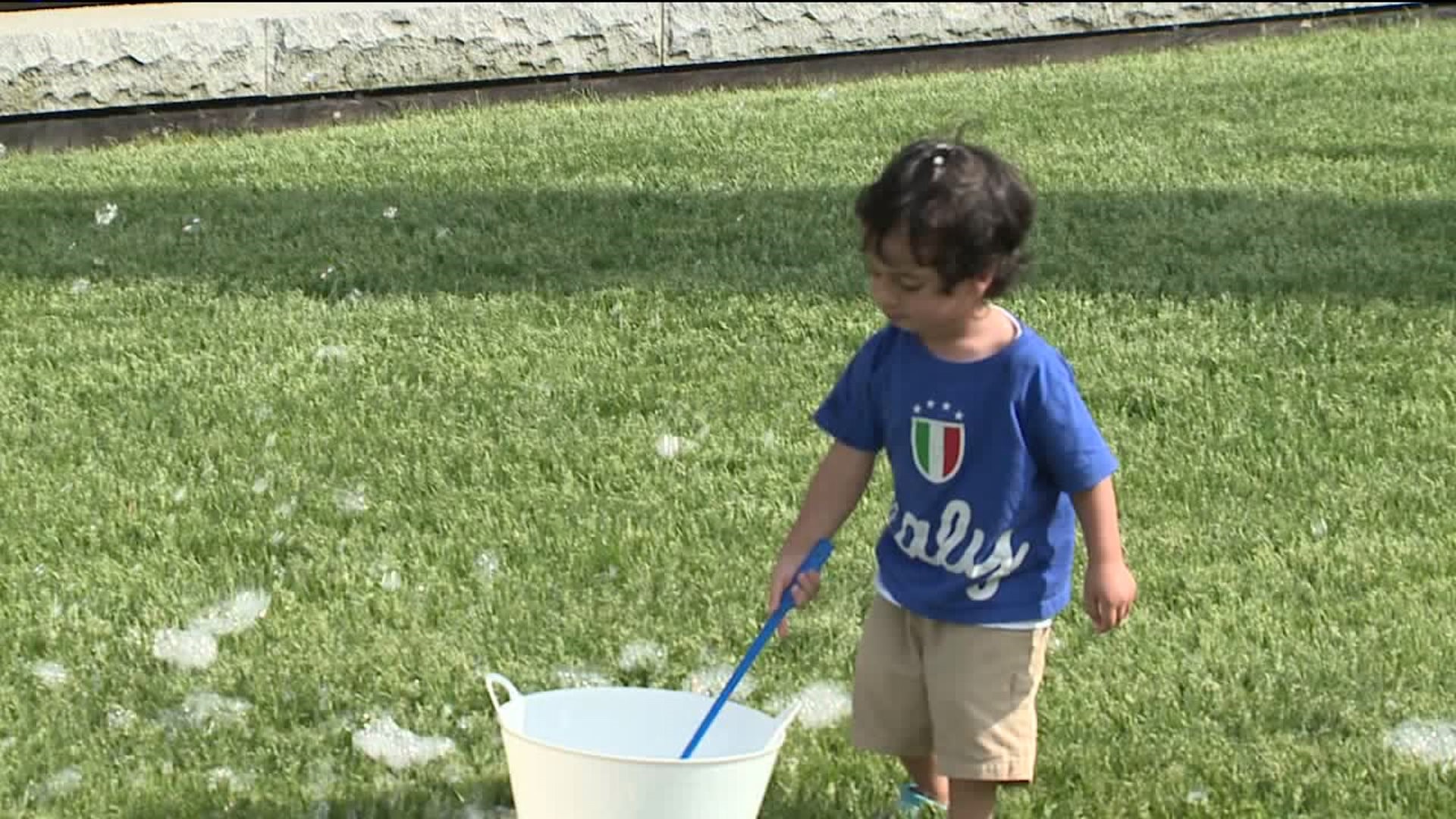 "It's terrific socially just for us to be able to get out with our friends and meet and make new friends,” said Thom Welby, executive director for Scranton’s First Friday.

The weather was hot and muggy.

Perfect for some lemonade or playing with bubbles in Courthouse Square where little children squealed with delight as they played.

A health fair on the square brought yoga sessions and free health screenings while a Corvette car show on nearby Wyoming Avenue drew car enthusiasts.

"Any chance we can raise awareness and educate some folks is a good opportunity and to do it on first Friday when there's so much else going on in the city is a good idea,” said Marie Onukiavage of the National Alliance on Mental Illness in Scranton.

Among the fun was a serious demonstration as students from different districts demanded action against gun violence on Courthouse Square and helping people register to vote.

"We just really need to get the word out there and we need to encourage other Americans to do the same because if we all join in on the fight there will be a change, strength in numbers,” said Maeve Mariotti of Scranton.

Whether they were at First Friday to talk about gun violence, health or art or enjoy a little bit of everything, people tell Newswatch 16 they are pleased to have so much to do.

"I just love that families have something to do, to come out and have fun and we can all be together,” said Carlene Nicholas of Scranton.