WILKES-BARRE — A man taking a Martz bus from Wilkes-Barre to New York City caught the bus driver texting while driving and decided to record it himself. H... 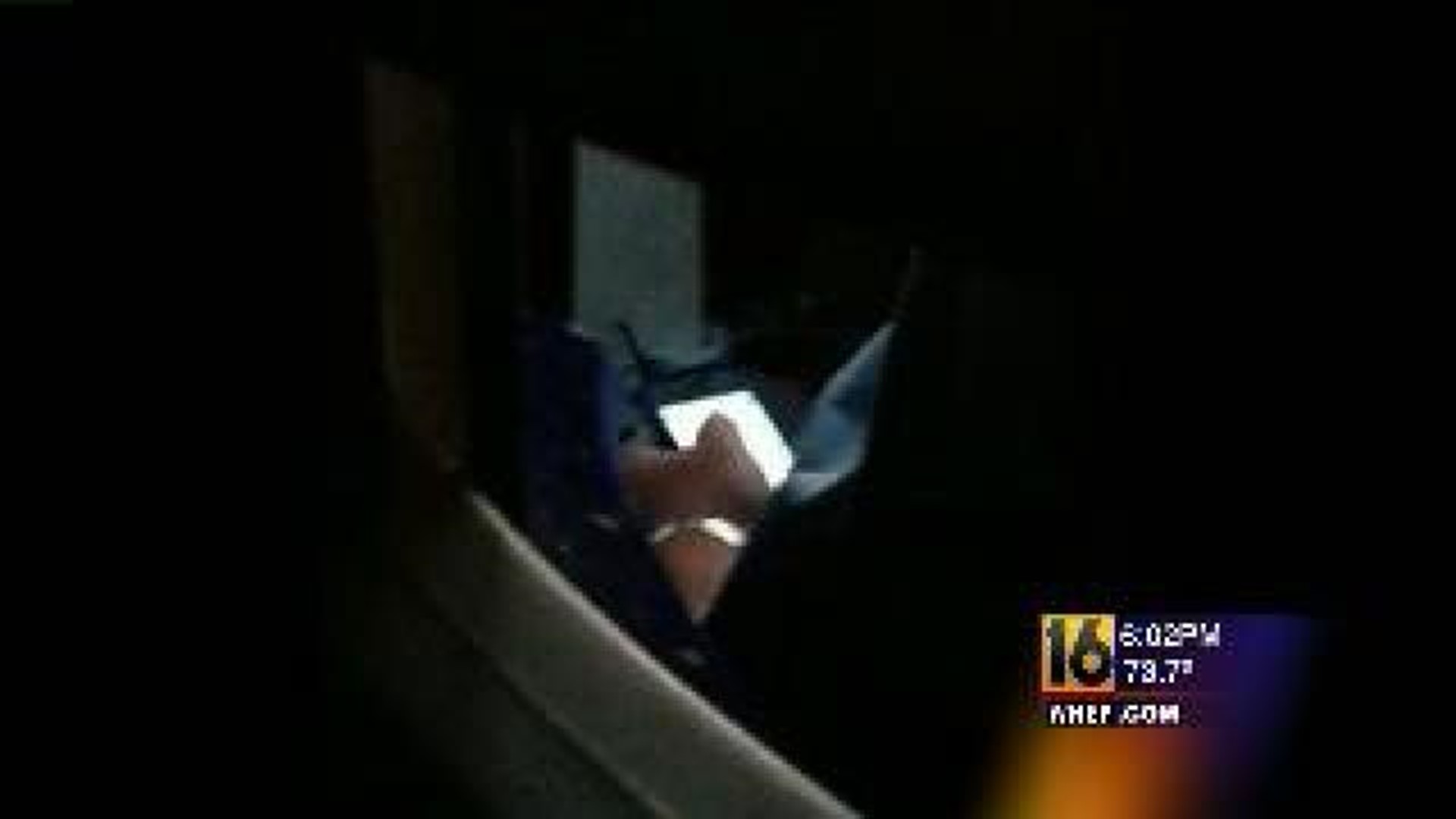 WILKES-BARRE -- A man taking a Martz bus from Wilkes-Barre to New York City caught the bus driver texting while driving and decided to record it himself.

He sent the video to Newswatch 16 and to the driver's bosses because the texting had made him nervous. The video was also shown to state troopers who say the bus driver is lucky he was only caught on camera and not by one of them.

The passenger was sitting up front in a Martz Trailways bus with only a few open seats headed for New York City. He says he could not help but notice the familiar glow of a smart phone and the driver's darting thumb.

The passenger took out his own smart phone and recorded the driver's texting later on in the trip as he was steering on the highway in the dark. Not only does this violate Pennsylvania's texting while driving law, but it is against Martz Trailways rules, too.

We reached out to Martz officials who had already seen the passenger's video and confronted the driver about it. Drivers are required to have their cell phones off and stowed away while driving.

"We implemented a policy forbidding the use of cell phones while driving several months ago and expect all drivers to adhere the procedures. We cover the policy in training classes and safety meetings. The union and company have agreed to the discipline involved with violations of this policy and discipline has been addressed," said the company's vice president of human resources.

"If you're a passenger on a bus and you see that you need to bring it to someone's attention. Because it could be a mile down the road and all it takes is a second of your attention to be pulled away from what is in front of you that could lead to a crash, or worse," said State Police Lieutenant Sean Jennings.

He also said the passenger did the right thing by taking the video. If the driver was caught by troopers he would have faced a fine.

But, because he is driving a bus full of people, he could also face federal charges that would put his license in jeopardy.

"Someone who has a commercial motor vehicle license should be well aware that they hold a greater responsibility to the vehicles that they are operating," Lt. Jennings also added.

Officials from Martz Trailways said when they identified the driver in the video and confronted him with it, he did admit to texting while driving. They say they have taken disciplinary action but could not elaborate on what those actions were.