Bundled Up in Bradford County

WYSOX TOWNSHIP, Pa. — It was barely over 40 degrees and the wind was blowing in Wysox Township near Towanda, which is where Carrie Guzy of Montrose spent ... 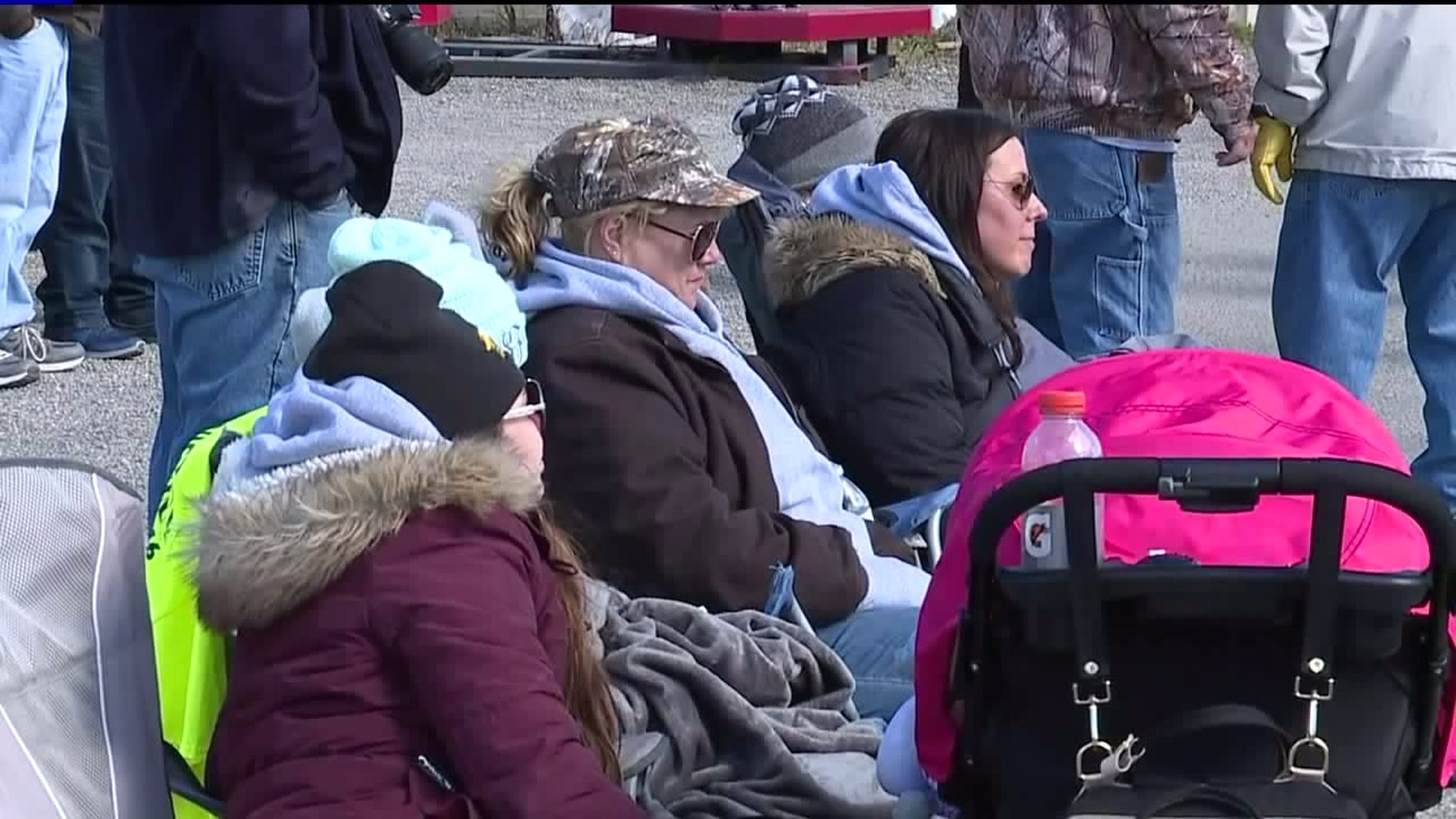 WYSOX TOWNSHIP, Pa. -- It was barely over 40 degrees and the wind was blowing in Wysox Township near Towanda, which is where Carrie Guzy of Montrose spent the day.

She was at Keystone Concrete and Block and Supply Company watching her husband compete in a bricklaying competition.

"It's very cold. We woke up this morning with a half-inch of snow on our porch and our vehicles this morning," Guzy said.

Breezy winds and cold temperatures caused people to bundle up at the bricklaying competition. It's a big change from last week.

"It was really warm last week. It was hot I had my air conditioner on. Now I'm in gloves, jacket and a hat," Nicole Dephillips said.

"We went from summer to winter in just days," Guzy said.

Some people actually prefer colder weather. That's the people who are out here competing.

"A day like today when you're working and hustling like that you can't ask for better weather," Jonathan Guzy said.

Jonathan Guzy is from Montrose and is competing in the Spec Mix Bricklayer 500. Bricklayers from the northeast compete for a spot in an international competition in Las Vegas. He says even though the spectators are bundled up in blankets, hats and gloves, the bricklayers are comfortable.

"When it's hot like that you're dying. You're sweating like crazy. You've got to drink a lot of water. When it's nice and cool like this though your body temperature stays low and if you ask me you can have a little more endurance for a little longer," Jonathan said.

But chances are the temperatures will be a bit warmer when the international bricklaying competition is held in Las Vegas in January.