SPRINGVILLE TOWNSHIP — Dozens gathered near Springville Sunday afternoon to honor Ceejay Smith, who took his own life earlier this month after a struggle ... 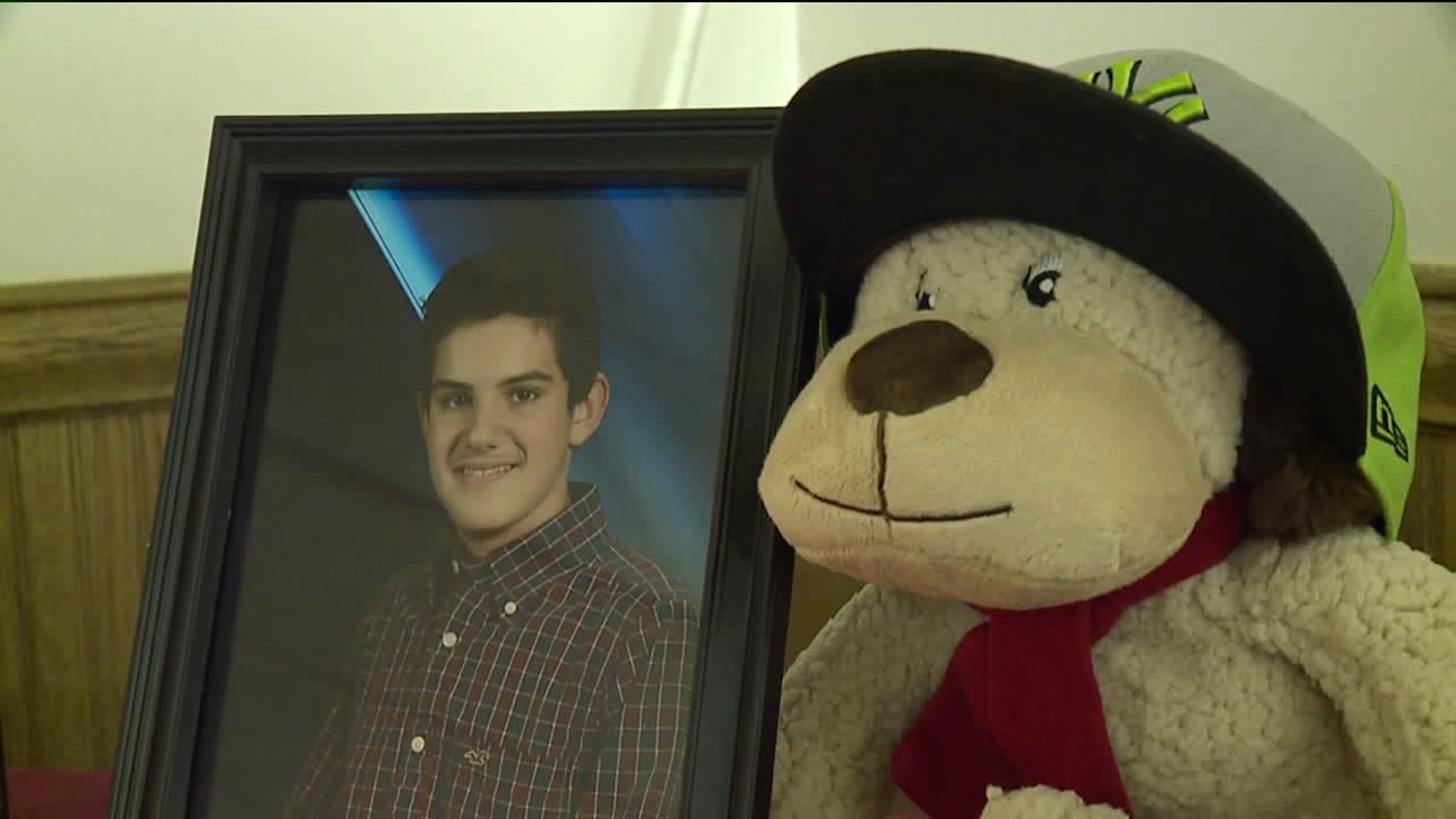 SPRINGVILLE TOWNSHIP -- Dozens gathered near Springville Sunday afternoon to honor Ceejay Smith, who took his own life earlier this month after a struggle with bullying. Those who knew him say Ceejay was an advocate for others who faced bullying.

"What Ceejay's plan was was to always be there for everybody else, to stand up for bullying, stand up for other people. He was a voice when people were not heard," said neighbor Cody Franklin.

Family and friends of all ages, even a paramedic who tried to save Ceejay's life, came to the memorial service to remember the teen.

Edward Darling, Ceejay's uncle, said he loved to play the trumpet, and he was very curious about space and how everything in the world works.

"He was inspirational. He was fun. He was loving, caring, had a cheeky grin. He just had everything there for a perfect personality that a little 13-year-old boy could," says Franklin.

However, the family is determined to make sure Ceejay's death is not in vain and are spreading the message to help others hurt by bullying, using hashtag #BEAHERO. They've also started a scholarship in his name.

“We’re doing a Ceejay Smith Humanitarian Award now each year. We raised enough money to do it for three counties. Susquehanna, Wyoming, and Bradford County now and what that will be is the graduate student who had helped throughout the years the most in bullying and standing up for their fellow students will receive a $500 monetary award their senior year which will be picked by the parents of Ceejay," describes Rhonda Smith, Ceejay's aunt.

For Ceejay's family, the #BEAHERO has a double meaning: standing up to bullies and being an organ donor.

"All his organs went to children. They were able to use them for that and then we kind of turned it into the bullying because this is why it happened. It's senseless and no family should go through this ever," Rhonda Smith told Newswatch 16.

Those remembering Ceejay, including Cody Franklin, have an important message for everyone:

"If you can rise above bullying and you can be a hero to somebody else and not only stand up for bullying but stand up for everything and lend that extra helping hand to somebody in need, do it. Definitely, do it," said Franklin.

Anyone who wants to donate to the cause, go to  gofundme.com.