Under the Save Lives Act, anyone who served in the military, their caregivers, and spouses were able to get the vaccine. 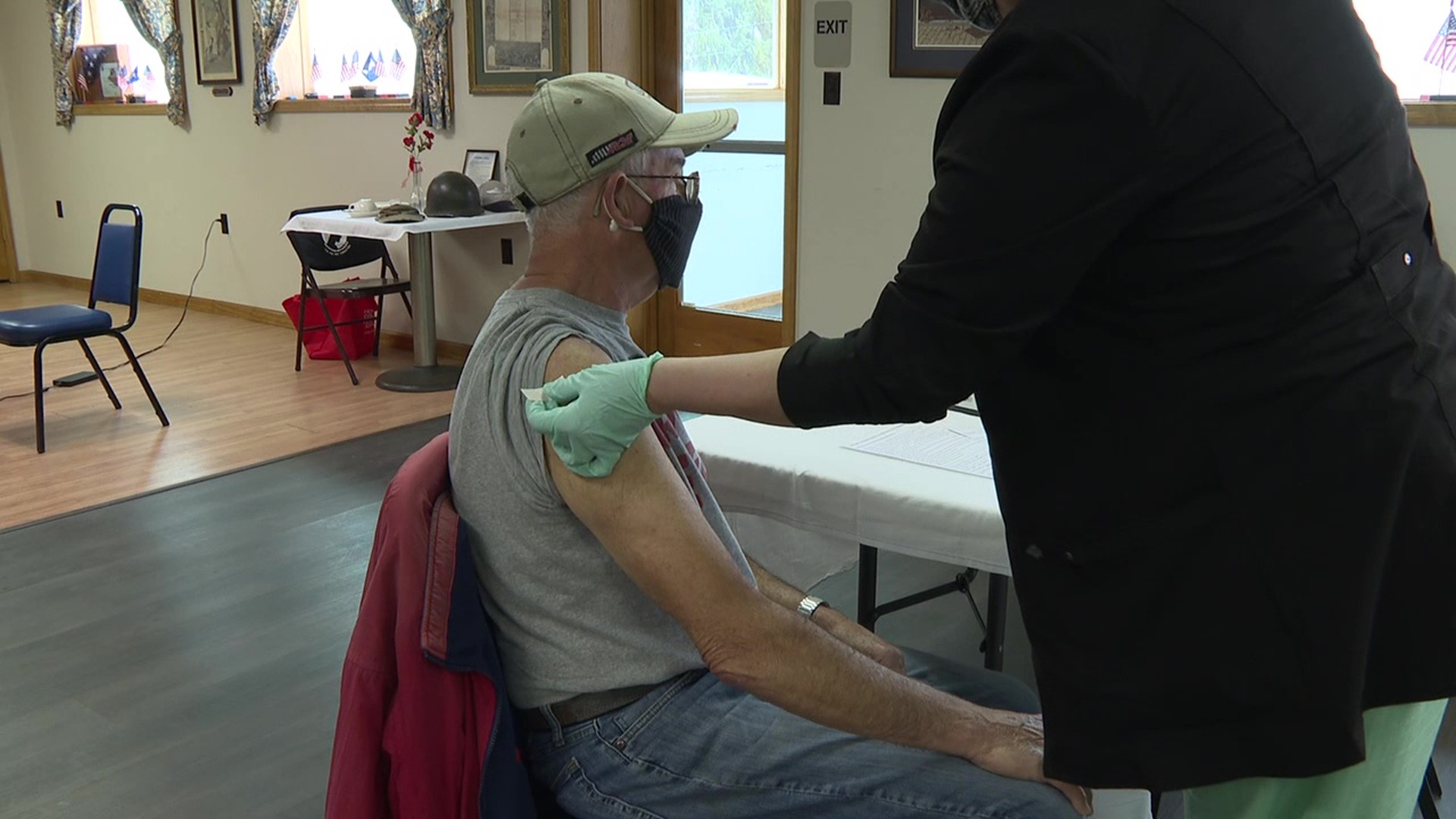 TOWANDA, Pa. — You may not be able to see it, but there are smiles underneath the Wright family's masks.

Under the Save Lives Act, Phillip Wright, his wife Irene, and son Matthew, received their first dose of the Moderna COVID-19 vaccine at the Towanda American Legion.

"Were thrilled that the VA did this for the veterans because we had been scheduled here a few weeks ago, and unfortunately, we had to cancel because we got COVID," said Irene Wright.

Irene and Matthew care for Phillip.

Under the Save Lives Act, anyone who served in the military, their caregivers, and spouses could get the vaccine here.

The free shots were administered and provided by the Wilkes-Barre VA Medical Center.

Veterans say they've been patiently waiting to get the vaccine.

"I'm just trying to do my part," said David Goodwin of Troy. "I've been wanting to get it, and I'm very, very grateful."

Spouses of those who served in the military are thankful. Kim Miller is one of them.

"Hopefully, get to some normalcy. We decided to get them so we can go to sporting events and to travel and figure everybody will get them at some point if they are medically able to," said Miller.

The Johnson and Johnson one-shot vaccine was originally supposed to be administered at the clinic, but after the FDA put a pause on that vaccine, the Wilkes-Barre VA was able to switch to the two-shot Moderna vaccine.

"Any opportunity that we can to benefit the veterans of Bradford County, we're going to do," said Pete Miller, the director of Veterans Affairs for Bradford County.

Over 30 first-dose shots were given out. Folks say even once they are fully vaccinated, they are still going to be careful.

The second shots for these veterans and their families are scheduled for May 13.