SAYRE — A teenage girl is under arrest facing charges of attempted murder. Police say she left her 8-month-old daughter in a bag in the trash. Police in E... 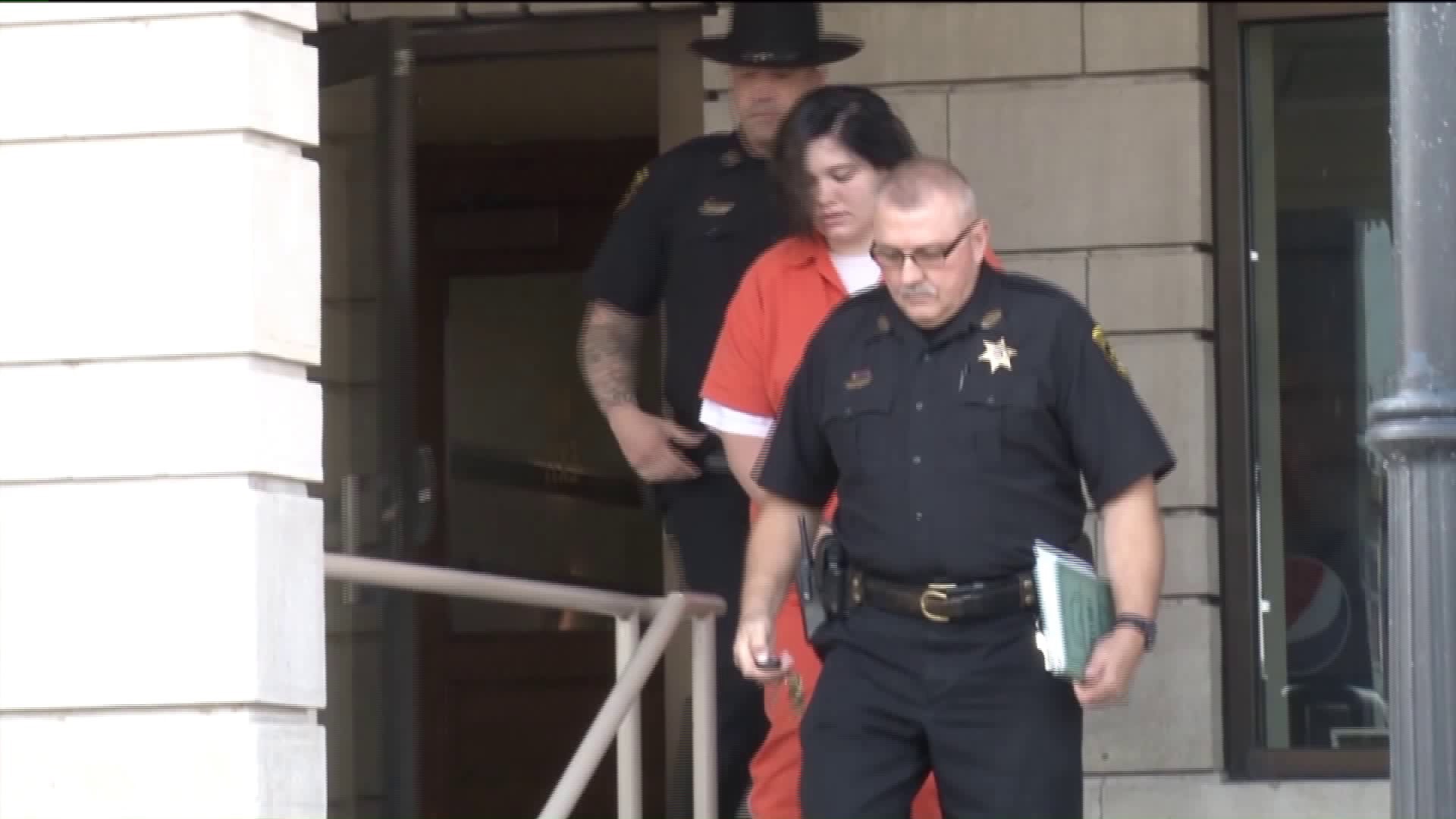 SAYRE -- A teenage girl is under arrest facing charges of attempted murder. Police say she left her 8-month-old daughter in a bag in the trash.

Police in Elmira, New York say the infant was found in the trash Tuesday afternoon.

The child is expected to be OK, but it didn't take long before a 17-year-old girl from Bradford County was under arrest.

That baby's cries may have saved her life.

Investigators in New York believe the 8-month-old child was left outside wrapped in a plastic bag for three days before someone found her.

Investigators believe several people may have heard the cries, but it wasn't until neighbors in Elmira did some investigating of their own that the child was found.

Now, neighbors in this New York community are baffled, knowing an 8-month-old child was wrapped up in a plastic bag for three days after she was abandoned around some bushes near their home.

"Her legs were dangling in the bag and her head was in the bag, her whole body. I tore the bag," said Kayla Seals, one of the women who found the girl.

The child's mother, Harriette Hoyt, 17, from Sayre, is now in jail charged with attempted murder.

Prosecutors in New York state tell Newswatch 16 Hoyt, who lives in Bradford County, would visit friends just across the state line in Elmira where she abandoned her child.

According to court papers, after placing the baby in a plastic bag, Hoyt left the infant near some bushes. That's where the baby stayed for three days until she was found by neighbors.

"Very heroic on their part to render aid," said Elmira Police Sgt. William Solt. "Immediately get her inside, as you would expect any decent human being to do, washed up the baby as quickly as they could, did whatever they could until first responders arrived. They are truly heroes in this incident." 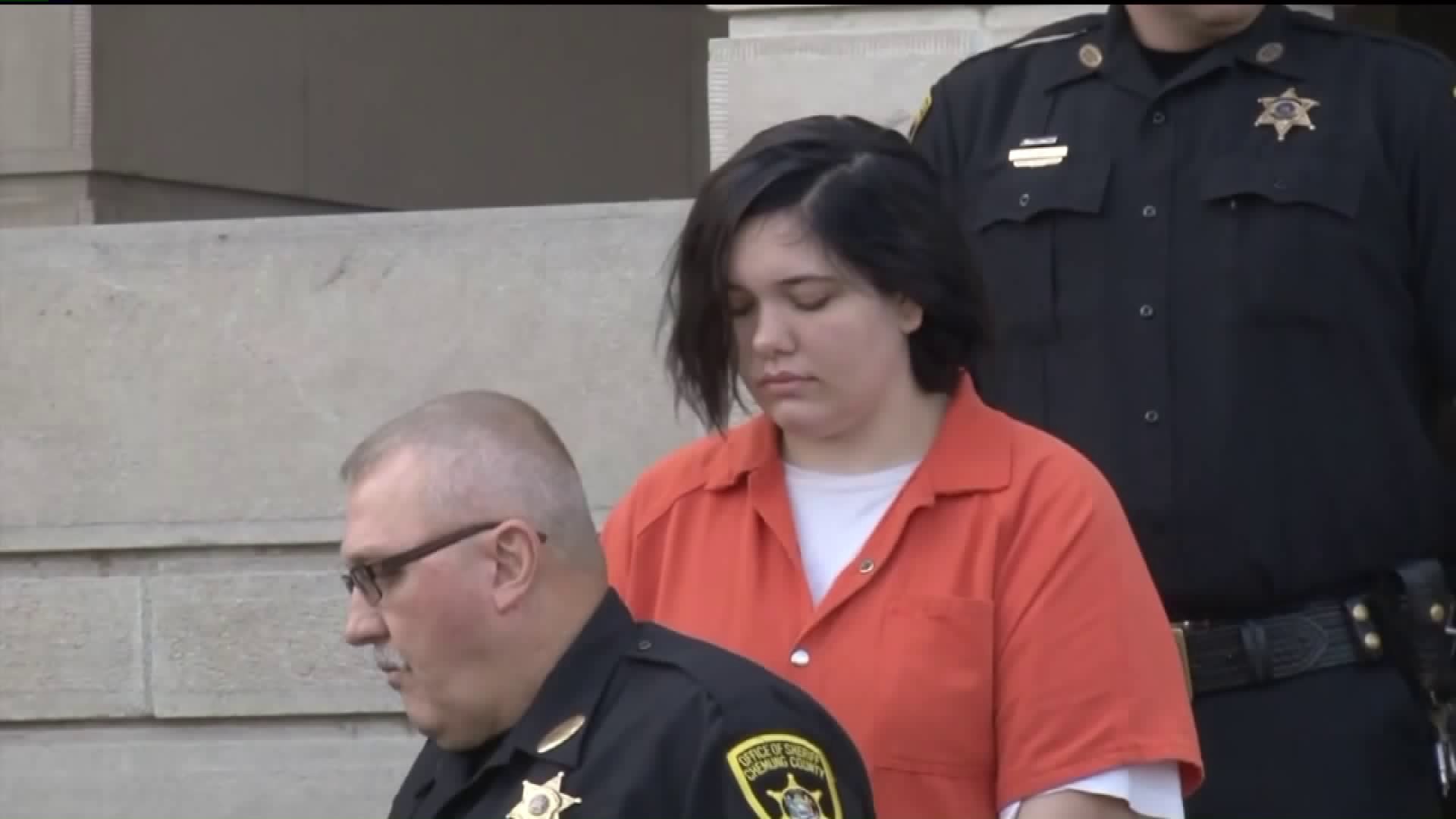 According to investigators in New York, the baby is in a children's hospital in New York state and is doing well.

At a house on Keystone Avenue that police list as Hoyt's home, the woman answering the door wouldn't say much.

“That is my daughter and I've been asked not to say anything to anybody. Thank you very much,” she responded.

“I said no comments,” she answered when asked why her daughter went to Elmira to leave the child.

Most of the people in Sayre had already heard of Hoyt's arrest. Now, they say if she did commit this crime, they want to know why.

“8-month-old baby, unbelievable. I don't understand how anybody can do that,” said Charles Knittinger.

Charles and Margaret Knittinger live across the street from the Hoyts.

“There's so many people looking for kids like that they can adopt and somebody does that,” said Charles.

“There's loving pictures on Facebook, like she loves that child, so I don't know what happened,” said Matson.