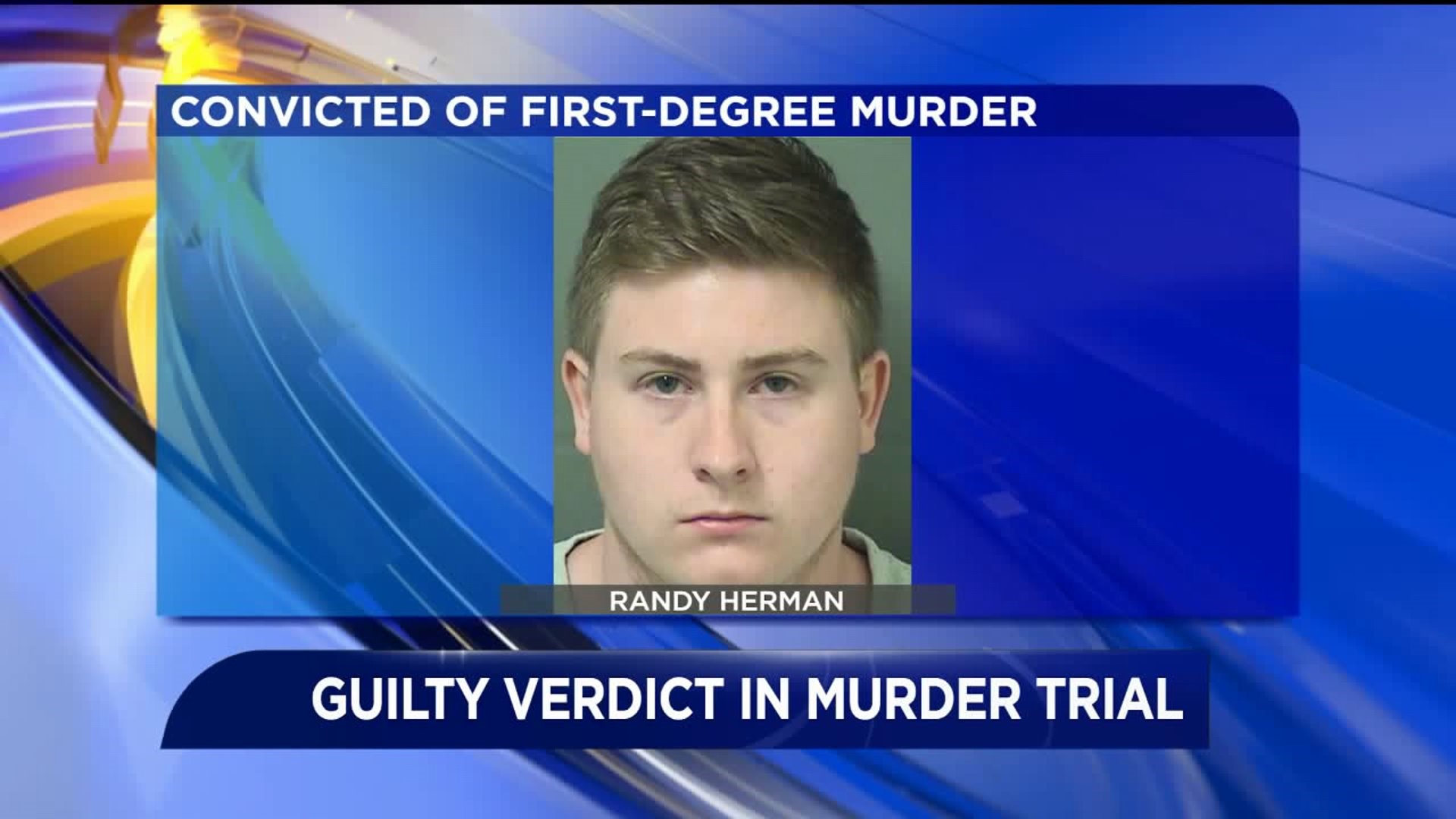 They convicted Randy Herman of killing his roommate. Both are from Wyalusing.

Herman is now facing life in prison for the first-degree murder of his friend and roommate Brooke Preston.

The trial may have been in Florida, but friends of the victim say a lot of people from Bradford County were there for it.

In March of 2017, Brooke Preston was found stabbed to death inside her home in West Palm Beach.

Friends tell Newswatch 16 she and Randy Herman graduated from Wyalusing High School in 2013, moved to Florida, and then became roommates.

Herman's lawyers blamed his actions on sleepwalking as part of an insanity defense.

On Wednesday, he learned he is guilty and will likely be spending the rest of his life behind bars for stabbing Preston to death.

In 2015, Herman's father Randy Herman Sr. was charged with murdering his girlfriend in Hanover Township, Luzerne County. Weeks later, he was found after taking his own life in Alabama.