Emergency management officials said the county was hit by several strong storms in the past two weeks and the area can't take much more rain. 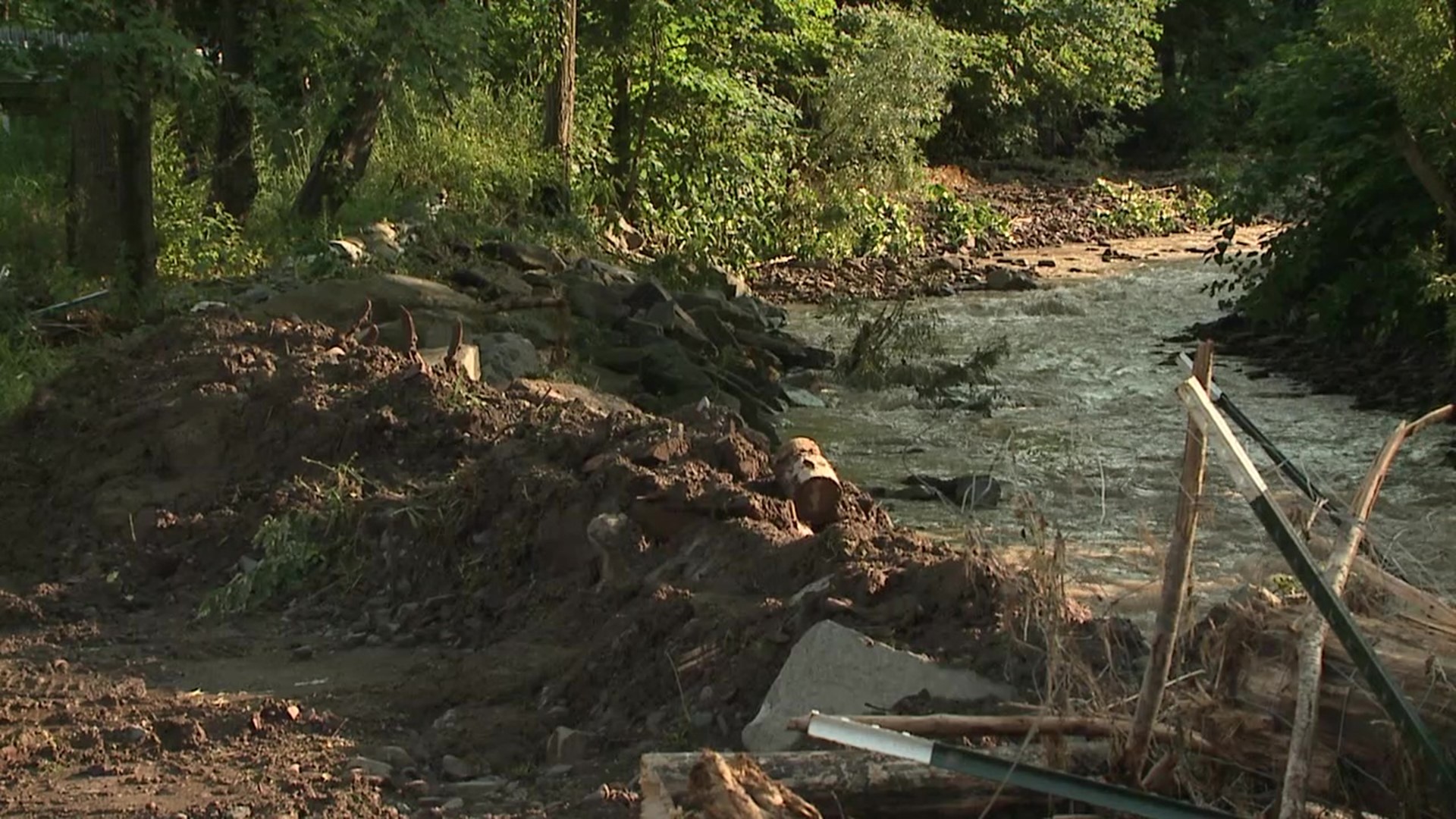 NEW ALBANY, Pa. — Dale Hatch of New Albany showed some of the belongings he's left out to dry.

His basement took on five feet of water after strong storms pushed their way through the area this week.

"I would be kind of disappointed if it happened after we get things cleaned up again, but this place has flooded before," Hatch said.

Hatch added the area flooded after heavy debris was pushed up against a bridge behind his home; that blocked the water flow and caused the creek to flood.

"Just created a dam, and the water just circled around right back to my house," he explained.

Emergency management said Bradford County has been hit by several storms in the past two weeks.

"Areas that have seen a significant amount of rainfall in the last couple days, certainly, are prone - I mean, they are at risk of flash flooding," Bradford County Director of Planning and Public Safety Matt Williams said.

New Albany was also devastated by floodwaters three years ago.

Now, Hatch is yet again dealing with the same aftermath of the powerful creek behind his home.

He hopes this time it won't be quite as bad.

"Right now, we're just waiting for everything to dry out. It's too soupy right now to try to shovel it," Hatch said.

He plans to start cleaning some of the mud around his home once more sunshine is in the forecast next week.