TOWANDA, Pa. — Two babysitters are locked up after state police said they beat, starved, and forced two children to drink their own urine. State police sa... 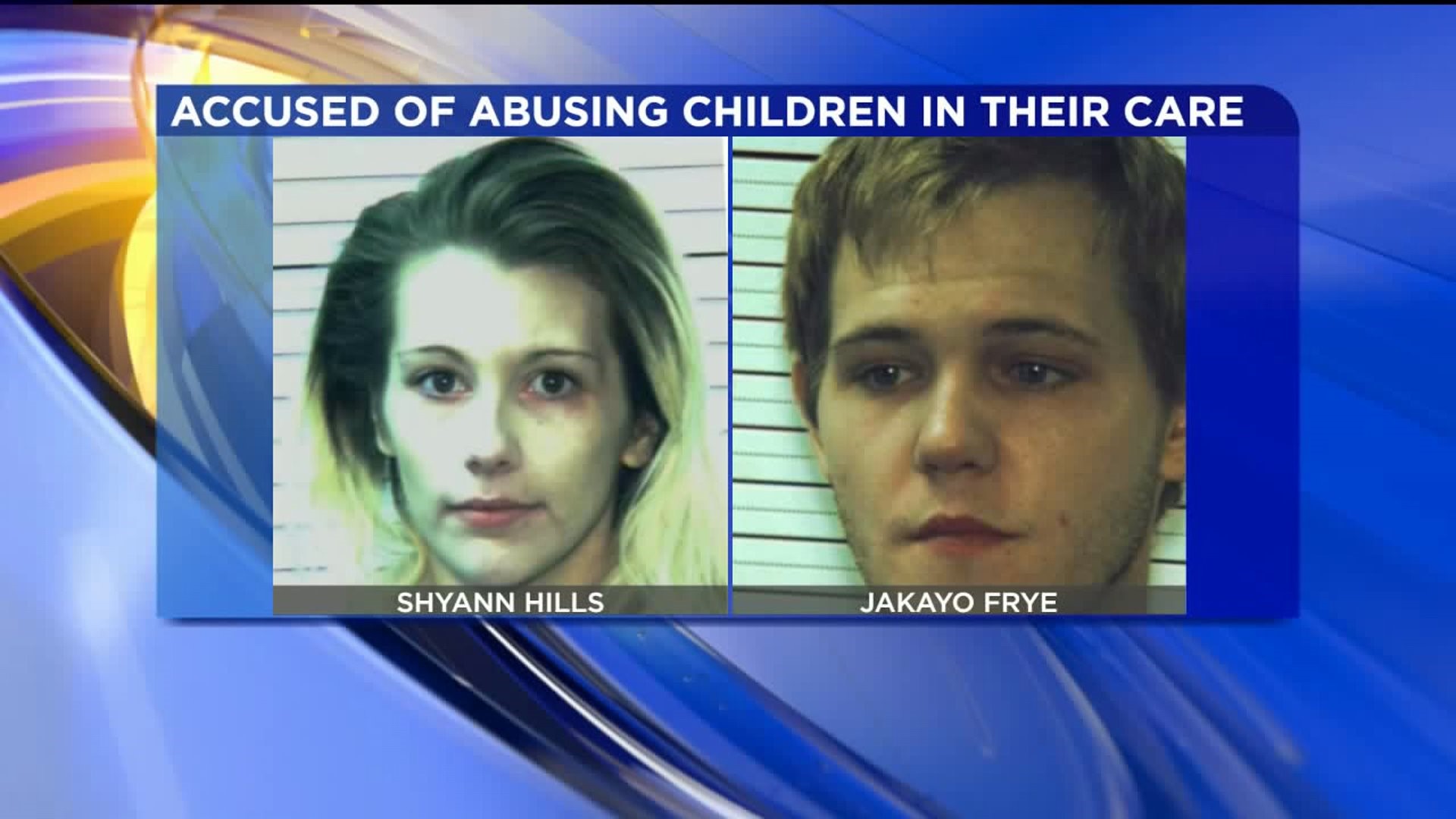 TOWANDA, Pa. -- Two babysitters are locked up after state police said they beat, starved, and forced two children to drink their own urine.

State police said Shyann Hills and Jakayo Frye were watching a 7 year old and a 9 year old for six days. In that time, troopers said the couple tied the kids up, and they wouldn’t let the children eat, sleep, or even use the bathroom.

Troopers took Hills and Frye into custody from their trailer on Crimson Maple Drive in Rome. They face a slew of charges, including aggravated assault. The two children needed to be hospitalized after the abuse they endured.

Neighbors were shocked to hear the news.

“It's hard to believe, actually. I've seen them, and I can't believe it happened, actually,” Tammy Vanderpol said.

State police said the couple forced the young kids to lie down in a planking position with sharp nails underneath them, so if the kids went down, they would fall onto the nails.

Troopers said Hills and Frye also tied the kids to a dog cage and a cabinet. The couple also forced other children to hit the victims while they were restrained.

“They should get the same treatment if not worse. That's just nasty,” Vanderpol said.

#BREAKING: State troopers in Towanda arrested Shyann Hills and Jakayo Frye this afternoon. According to police, the couple forced a 7-year-old and a 9-year-old to drink their own urine. This is their trailer off Crimson Maple Drive in Rome. @WNEP pic.twitter.com/fpOCduf8bM