BLOOMSBURG — According to Bloomsburg University, a faculty member has started a protest in response to a student organization they believe is associated w... 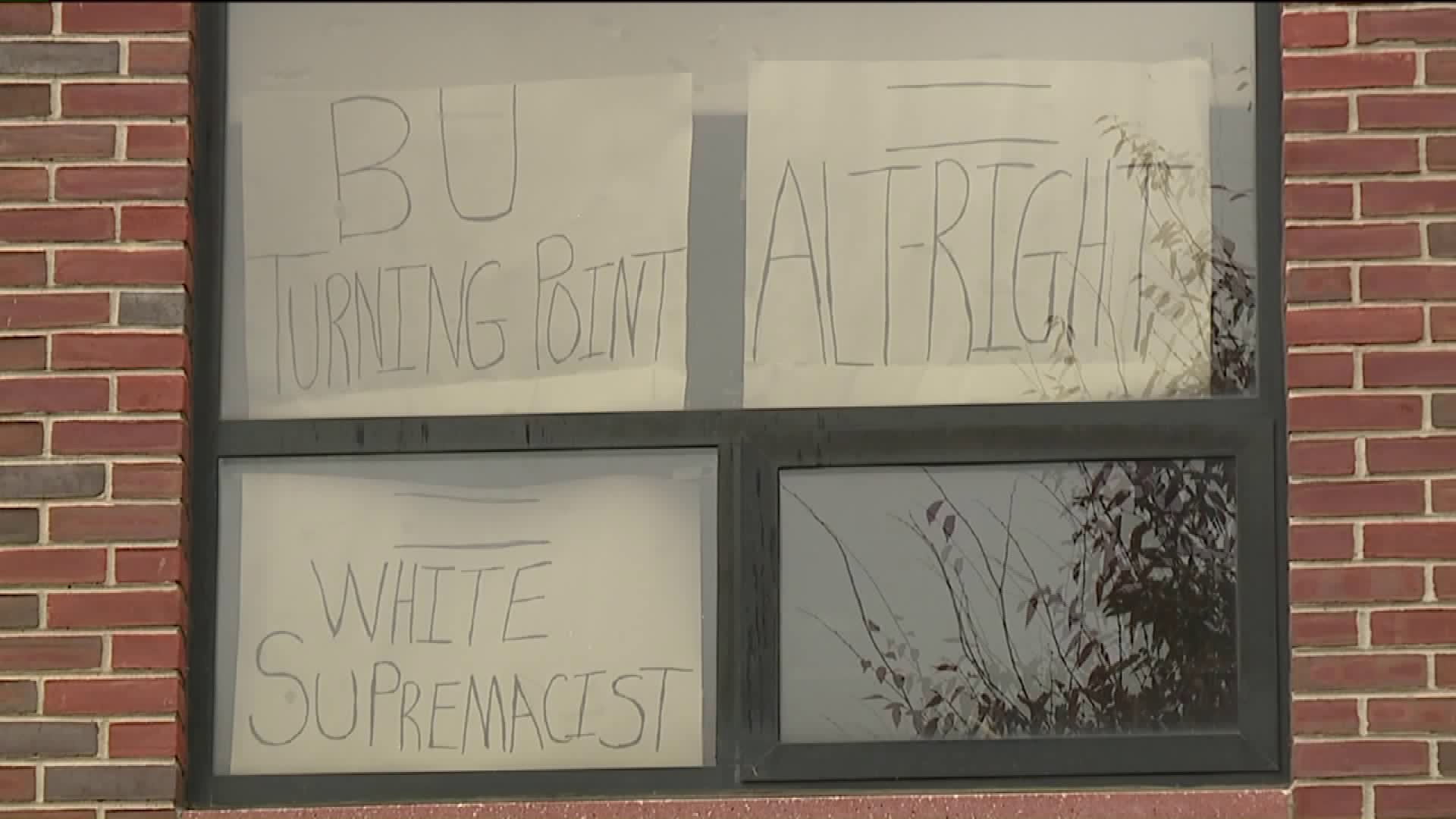 BLOOMSBURG -- According to Bloomsburg University, a faculty member has started a protest in response to a student organization they believe is associated with white supremacy.

Signs that say "BU Turning Point," "White Supremacy," and "Alt-right" are posted in a window of the Bakeless Center on the campus of Bloomsburg University.

"I don't know why people are putting up signs like that," student Alexander Scheel said.

Newswatch 16 spoke to students who are in the dark as to why anyone would post these messages. Some even thought the signs were in support of white nationalism.

"That really offends me to see that because there are so many people that are hurt by that and have spent years and decades and centuries being hurt by that," student Alexis Ritter said.

Just like the students, we wanted to know why the signs are there, so we contacted the university. According to a university spokesperson, a faculty member put the signs up to protest a student organization on campus called Turning Point USA.

Turning Point USA is a national organization. Its website says its mission is to, "build the most organized, active, and powerful conservative grassroots activist network on college campuses across the country."

Bloomsburg University's spokesperson says the faculty member believes the organization is a front for white supremacy and that the signs are not in support of white supremacy, instead, they're against it.

Students we spoke to haven't noticed any racial hatred.

"I've never seen any hate here on Bloomsburg's campus," Scheel said. "I'm surprised there's a sign like that up."

Bloomsburg University will be reviewing the faculty member's concerns and the student organization. Newswatch 16 reached out to the campus' chapter of Turning Point USA. The group said they were unaware of the signs.