Back To Class And Back To Normal in Scranton?

SCRANTON, Pa. — Students walked into West Scranton High School Thursday morning while the band played as part of a pep rally for an upcoming football game... 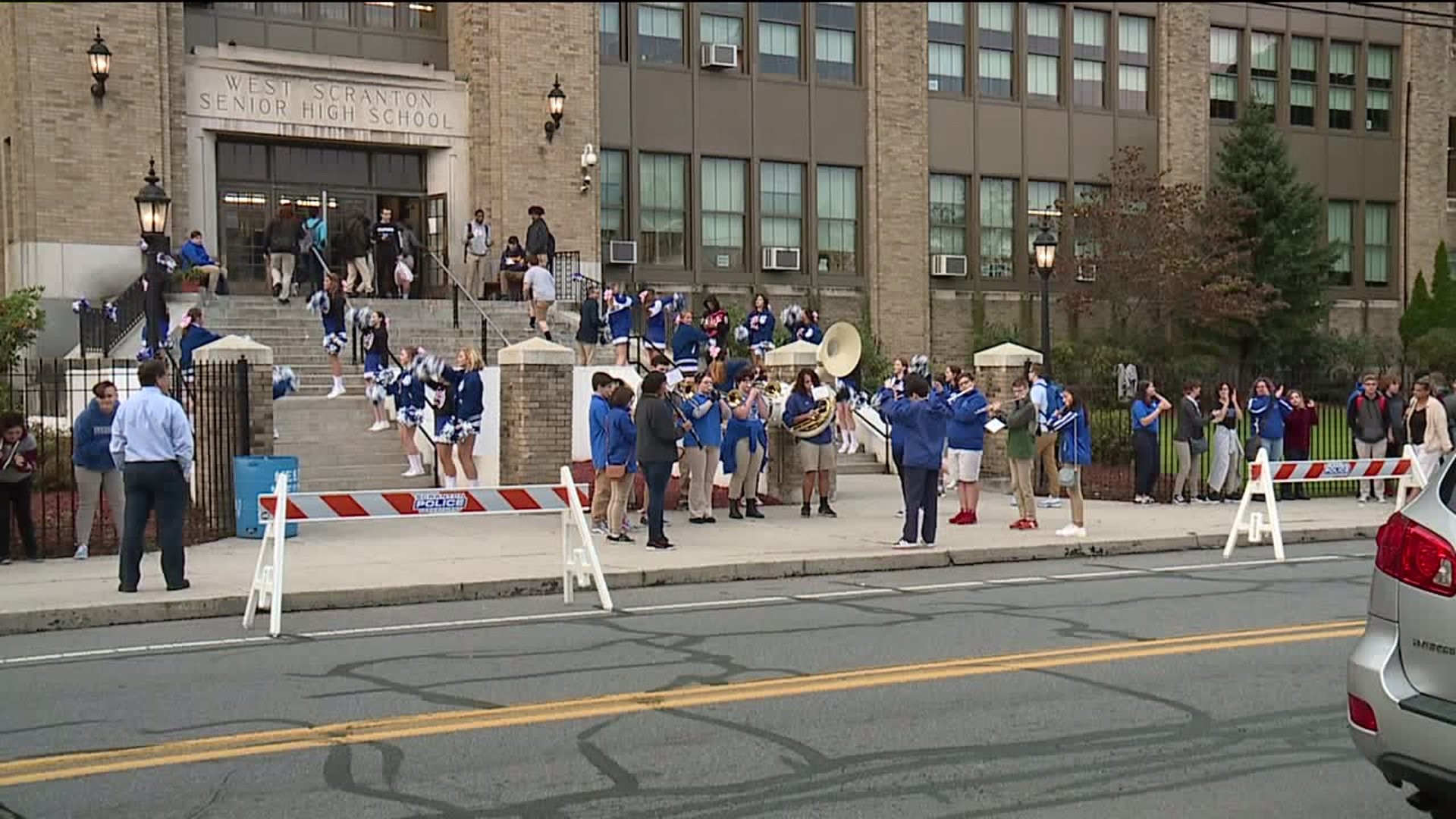 SCRANTON, Pa. -- Students walked into West Scranton High School Thursday morning while the band played as part of a pep rally for an upcoming football game.

They returned one day after the news that four teens are charged with making threats over the past week: two boys from West Scranton, 14 and 15, and two 15-year-old girls from Scranton High School.

Students say they are happy to be back to school after bomb threat arrests in West Scranton @WNEP pic.twitter.com/Oxhx428G85

"Like that was so childish, it was so childish, it was so idiotic to do. There are so many kids here that now don't even want to come to this school anymore, so many kids that have been pulled out over the past couple of days that are now being homeschooled and that's really not what this school is about at all," said Jesse Capizzuto of West Scranton.

Scranton police are not identifying the teens facing charges because of their ages.

The bomb threats started last week. The most recent was Wednesday morning, causing canceled or delayed classes and fear.

Students at West Scranton High School are hopeful the worst is over, and they can get back to regular life.

"I wasn't in first period for a good week so I've a bunch of things to make up," said student Gavin Borie.

"It feels good, first of all. It's definitely a big relief, not having my life threatened when I go into school and you know, I'm just feeling really good right now," said Anthony Marsico.