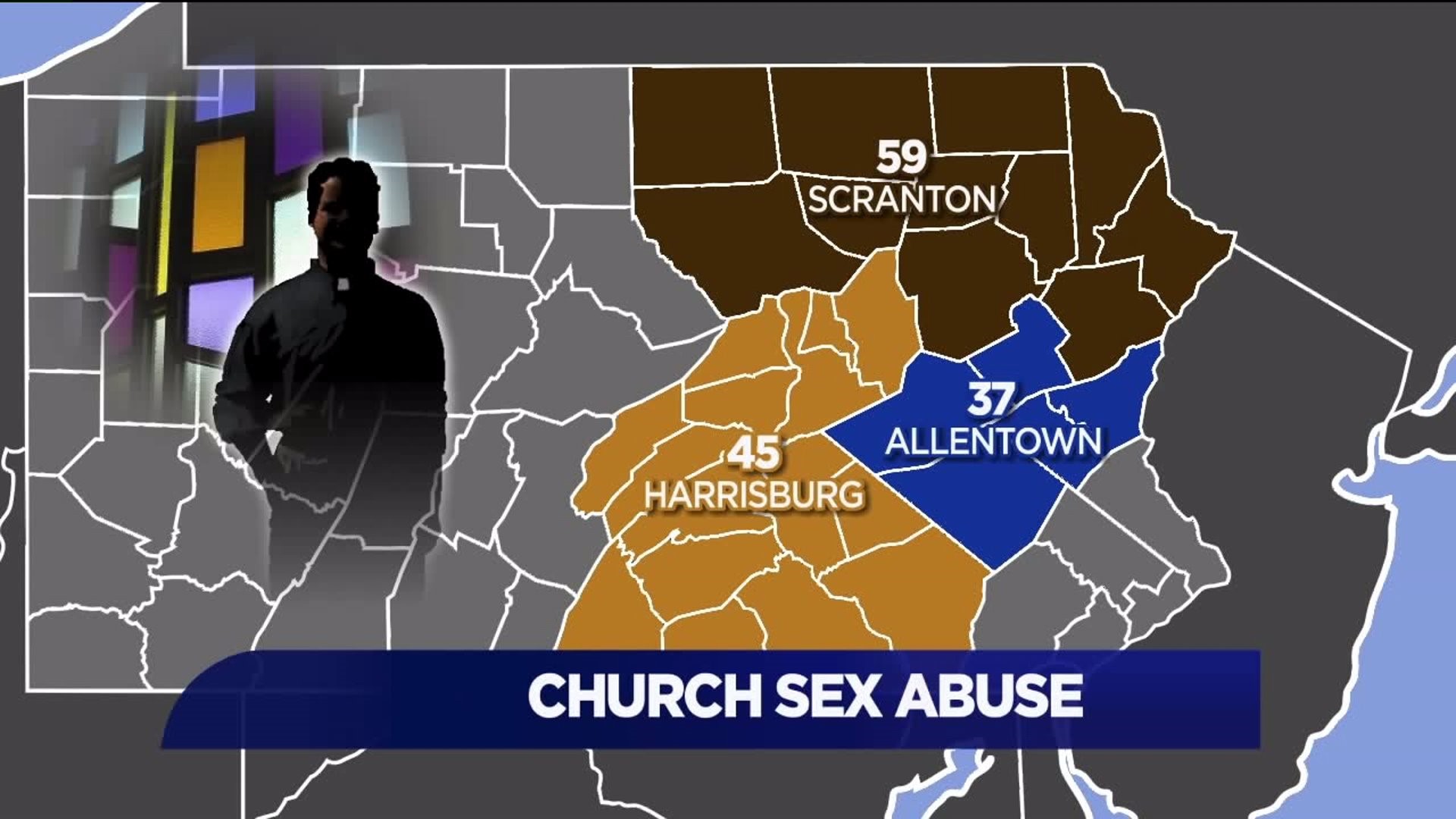 Shapiro called it the largest and most comprehensive report on the sexual abuse of children in the Catholic Church ever done in the United States.

The grand jury identified 301 predator priests based on secret archives in each of the dioceses involving over 1,000 victims.

The news conference in Harrisburg marked the end of a grand jury investigation that took two years and details decades of sexual abuse by priests across Pennsylvania.

The report that's close to 900 pages long names more than 300 priests across six of the eight Catholic dioceses in the state.

Almost half of those accused priests served in churches in northeastern and central Pennsylvania.

The report details the abuse experienced over decades by hundreds of children.

"Over 1,000 child victims were identified by our investigation, though the grand jury notes that they believe that number was in the thousands," Shapiro said.

Shapiro's most scathing criticisms were aimed at church leadership that fostered what the report calls a "circle of secrecy."

Shapiro called out the Diocese of Scranton's former Bishop James Timlin by name.

The report describes when a priest, Thomas Skotek, allegedly raped a teen girl in Freeland then arranged for that girl to get an abortion.

"Bishop James Timlin expressed his feelings in a letter. He wrote, 'This is a very difficult time in your life and I realize how upset you are. I too share your grief.' Except the bishop's letter was not for the girl, the bishop wrote that letter to the rapist," Shapiro said.

The report is made up of years' worth of testimony but also many of the church's own records, files known to priests as the "secret archives," where accusations of abuse were kept and hidden away until now.

Shapiro said almost all cases of alleged abuse took place too long ago to be prosecuted.

The report contains redactions ordered by the Pennsylvania Supreme Court.

Shapiro vowed to go to court to get the redactions in the report removed.

The attorney general's report also has a series of suggestions for the state legislature to hopefully curb future abuse and help the victims listed in the report.

Those suggestions include eliminating the statute of limitations for child sexual abuse cases and giving the victims included in this report a two-year window to file civil cases against the church.

In June, the Supreme Court blocked the planned release of the report to consider legal challenges to releasing the report.

Last month, the Pennsylvania Supreme Court ordered the grand jury report to be released by 2 p.m. August 14 with redactions in sections where litigation was ongoing.

Earlier this month, ahead of the release of the attorney general's report, the Diocese of Harrisburg published a list of 71 people connected with the diocese accused of sexual abuse and launched a new website to combat the issue.

Bishop Ronald Gainer announced the findings of an internal investigation by the diocese into child sex abuse. Bishop Gainer said the Diocese of Harrisburg Youth Protection Program is dedicated to the healing and reconciliation of victims of sexual abuse as a minor.

The bishop also waived any past confidentiality rights agreements so survivors can feel free to tell their story. The Diocese of Harrisburg includes five counties in our viewing area: Columbia, Montour, Northumberland, Snyder, and Union.