As Weather Warms, Potholes Popping Up

WYSOX TOWNSHIP, Pa. — Thanks to potholes, car repairs cost drivers billions each year, according to AAA. Big swings in temperatures like we’ve had t... 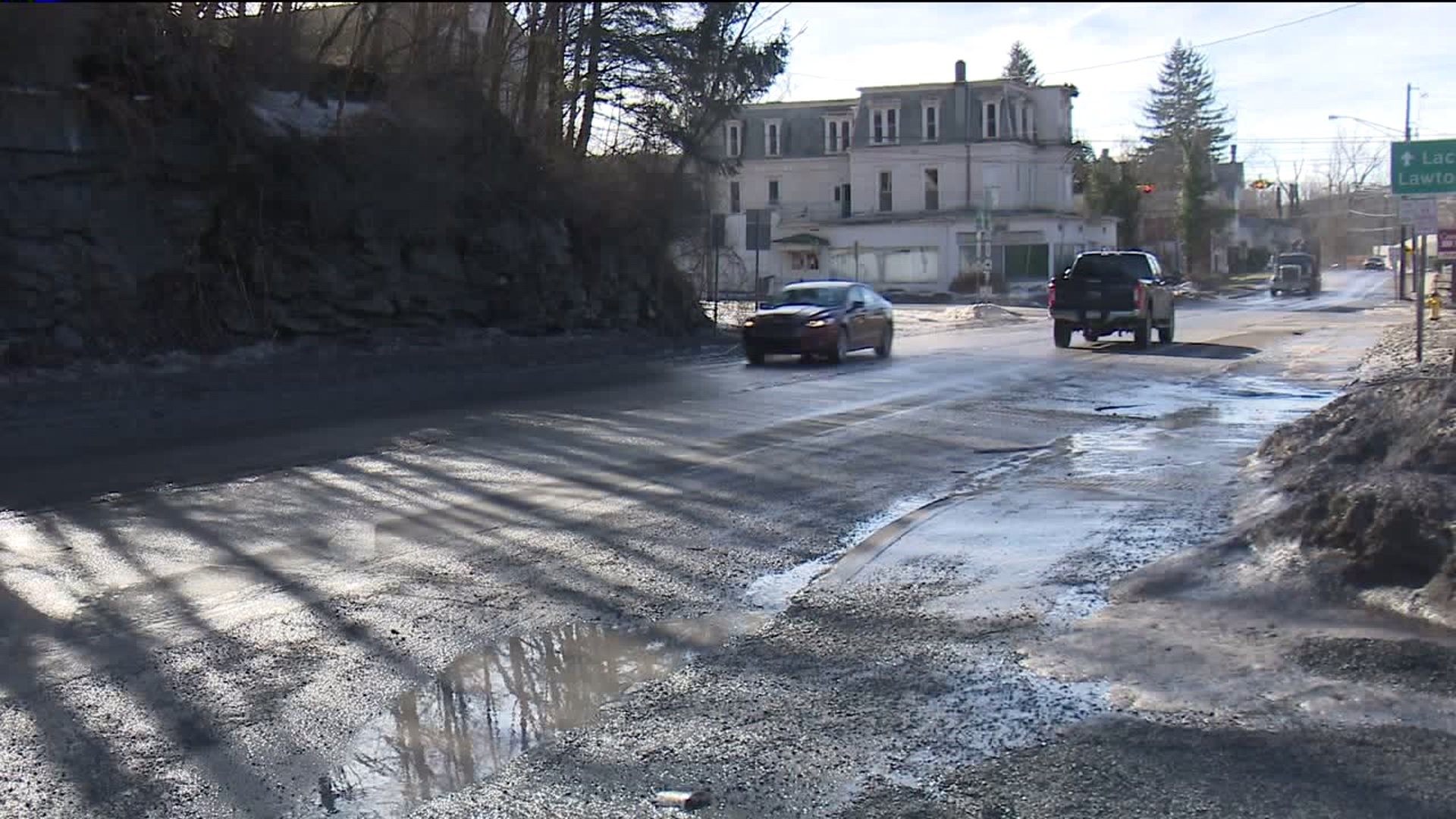 WYSOX TOWNSHIP, Pa. -- Thanks to potholes, car repairs cost drivers billions each year, according to AAA.

Big swings in temperatures like we've had this past week can be perfect for potholes.

Large or small, potholes are the scourge for drivers across Pennsylvania. The cost of hitting one could end up taking a dent to your bank account.

Bill Struble has seen more and more potholes pop up on his daily drives in Bradford County.

Inside Kost Tire & Auto, employees say they are getting more business, most of it dealing with repairs because of potholes.

"We are seeing probably a couple wheel and tire combinations a week that are damaged from potholes or anything people are dealing with on the roads," said Kost worker Jason Parsell.

"You can ruin your alignments, ruin your tire. Just check it after the seasons over," advised Kost employee Malcolm Dickinson.

Hitting a pothole could end up taking a dent out of your wallet. In fact, AAA says repairs could cost up to $1,000.

"A lot of impact things to wheels and tires kind of thing that can be pretty costly for a consumer. Just for a wheel and a tire, you can be looking at upwards to $400 or $500 for replacements, if that is something that is necessary," Parsell said.

PennDOT is out and about filling potholes but are only able to use a temporary fix until the asphalt plants open in the spring.