Apple’s iPhone’s Siri Does Not Call 911

There is no doubt that Apple’s iPhone is a versatile tool for business or personal use, but Newswatch 16 has found the one version of the iPhone that has ... 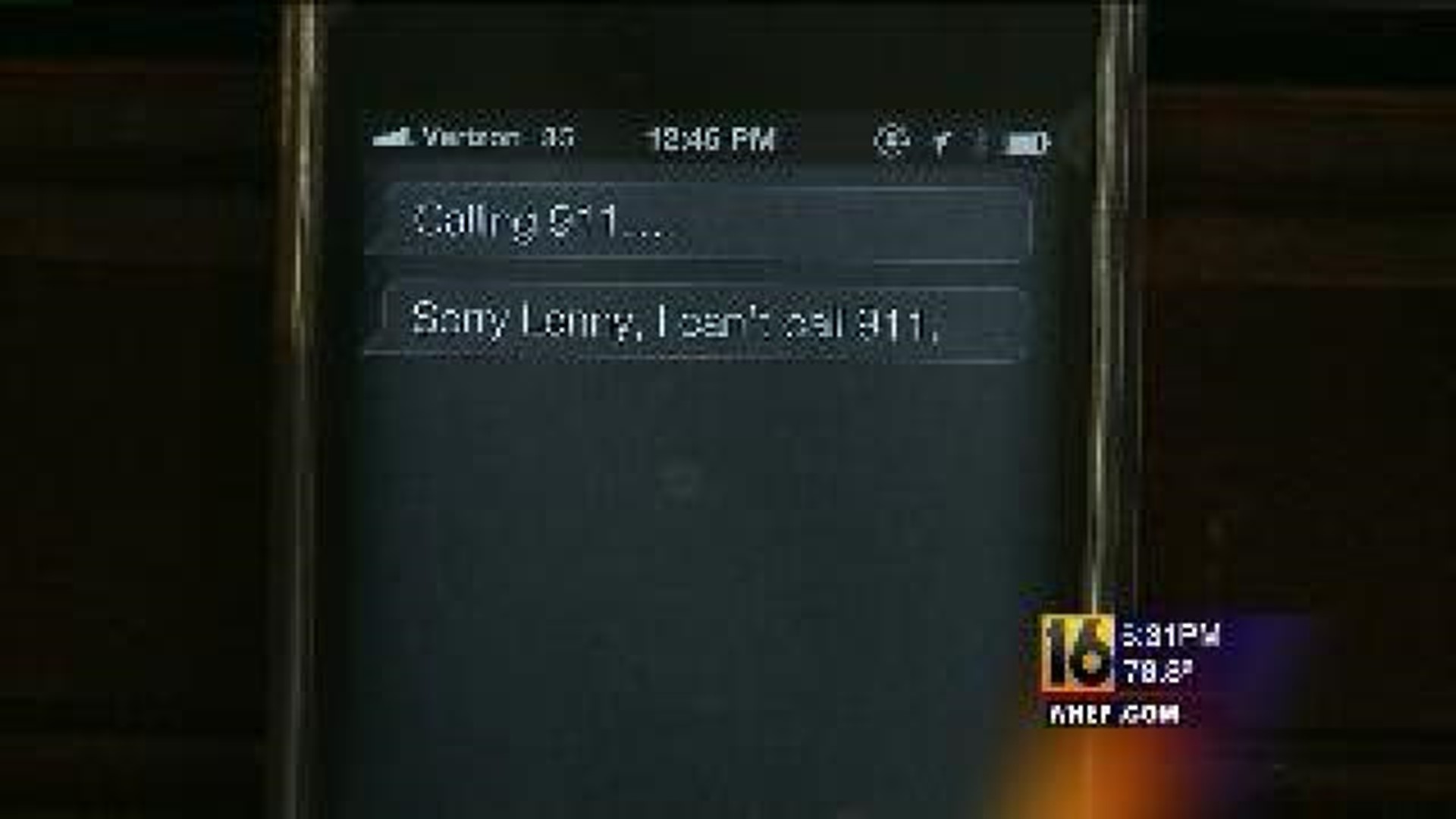 There is no doubt that Apple's iPhone is a versatile tool for business or personal use, but Newswatch 16 has found the one version of the iPhone that has what some people would call a glitch. That glitch could prevent users from reaching police or firefighters during an emergency.

Lenny McHugh of Pottsville is blind but he has ways to get around. His specially trained dog Toga and his iPhone 4. It contains a program called Siri. Lenny said if you talk to it the phone will do things for you.

McHugh demonstrated, " Where am I?" iPhone: "You said where am I, checking your location."

Lenny McHugh said the iPhone with Siri is a great tool. However, McHugh added Siri has a problem when you tell it to call for help.

McHugh said he found the issue when he was a passenger in a car being driven by his wife Karen. They were behind an apparent drunk driver. Lenny explained he told Siri to call 911.

"I must have tried six times, and there is no way it would dial 911," said McHugh.

Chris Fessler sees Siri as a safety issue. Fessler said he`s a firefighter and works at the 911 center.

"Anytime you have a loved one in distress, maybe not breathing, every second does count, and maybe the person will get more upset and go totally blank and have to dial it for real," said Fessler.

McHugh said he couldn't get answers from Apple why Siri won`t dial 911.

"I just could not believe Apple's attitude about it. It was almost, who cares," said McHugh.

Apple did not return repeated calls made by Newswatch 16.

Although Siri will not dial 911, there are apps available and they're free. All you have to do is go to your phone and type in the search term "call 911."