FRANKLIN TOWNSHIP, Pa. — An animal rescue organization in Carbon County is making a plea for help in identifying a woman reportedly caught on camera tryin... 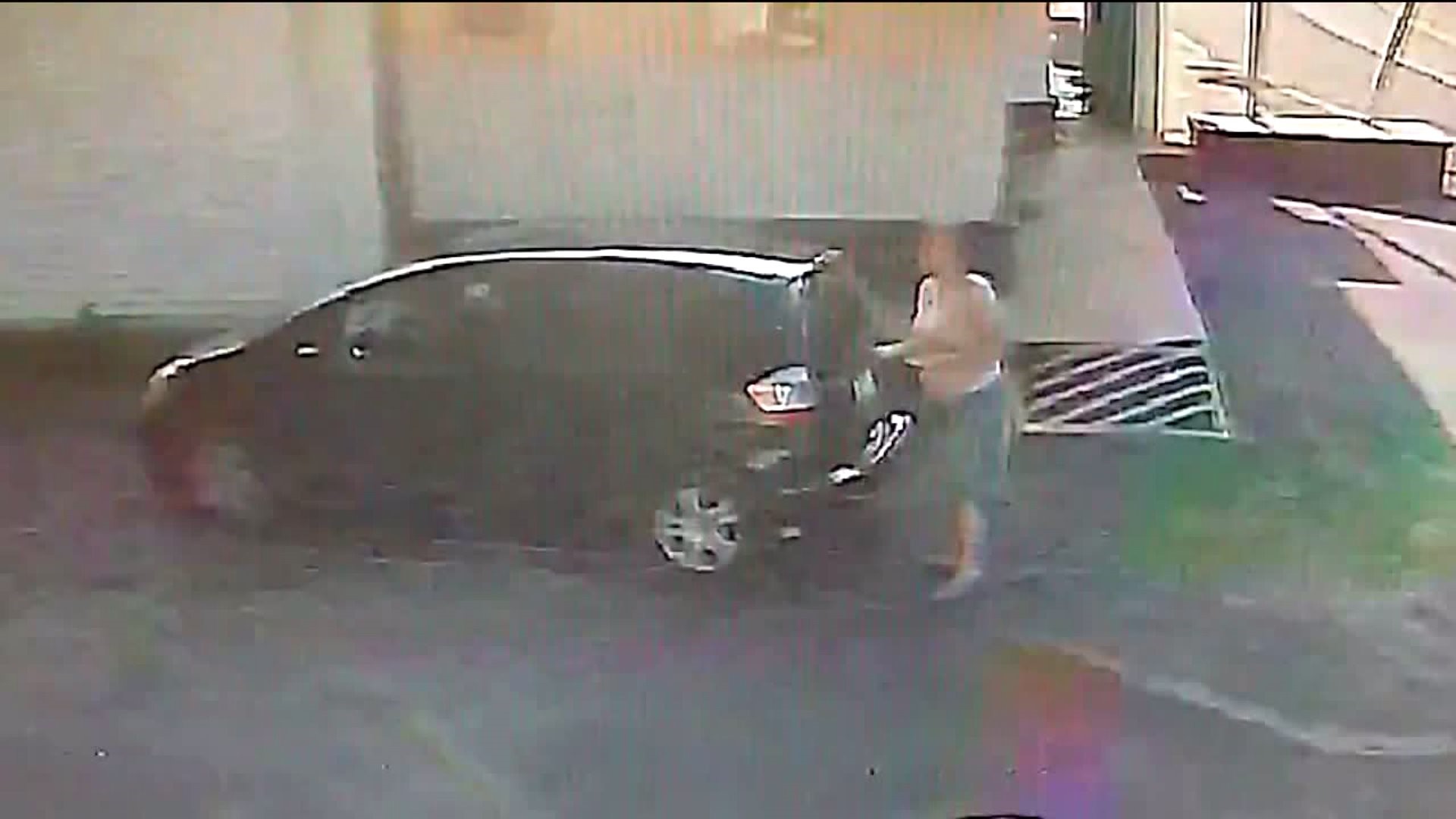 FRANKLIN TOWNSHIP, Pa. -- An animal rescue organization in Carbon County is making a plea for help in identifying a woman reportedly caught on camera trying to dump cats on the side of a busy highway.

Members of the Palmerton Cat Project say they found the cats along Route 209 near Lehighton last Thursday morning.

Surveillance video taken outside LaRose's Skating Rink on Route 209 near Lehighton shows a vehicle pulling into the parking lot. A woman gets out and starts to open the back door. She then notices the cameras and gets back into the vehicle and drives away.

The Palmerton Cat Project says one of its members watched that woman throw a cat from that vehicle last Thursday morning on busy Route 209 near the rink.

“Actually, the woman who saw her only saw her take one cat out. She grabbed the cat by the scruff and threw it on the ground, and there was a lot of traffic,” said the rescue group’s board president Barbara Greenzweig. “It was 7:30 in the morning, so she attempted to turn around and she got a shot of her at the light.”

The rescue group says two very hungry cats were recovered from the highway.

One of the cats, Max, is at the Forgotten Felines shelter near Palmerton.

Now, the Palmerton Cat Project has posted several more surveillance pictures to its Facebook page asking for help in identifying the woman who left the cats.

Members of the rescue organization hope somebody recognizes the woman and contacts Franklin Township police.

“There is a temporary registration in the back window, which should be an indicator,” said Greenzweig. “We're hoping somebody knows. Franklin Township police are aware. A report has been filed.”

“I can't understand how somebody can live with themselves after they abuse an animal. An animal cannot fend for itself. It cannot speak,” said another board member, Christine Lucykanish.

The good news is Max is getting ready to join a new family who were visiting him at the shelter.

“He's an amazing cat. I don't understand why somebody would do that to begin with. I get choked up actually just thinking about somebody doing that,” said new pet parent Christina Lynn.

Franklin Township police confirm the department is looking into the incident.