Anger Over Resignation of Swim Coach

GREATER SCRANTON, Pa. — A swim coaches’ surprising resignation has been met with anger and frustration by parents in Lackawanna County. Those famili... 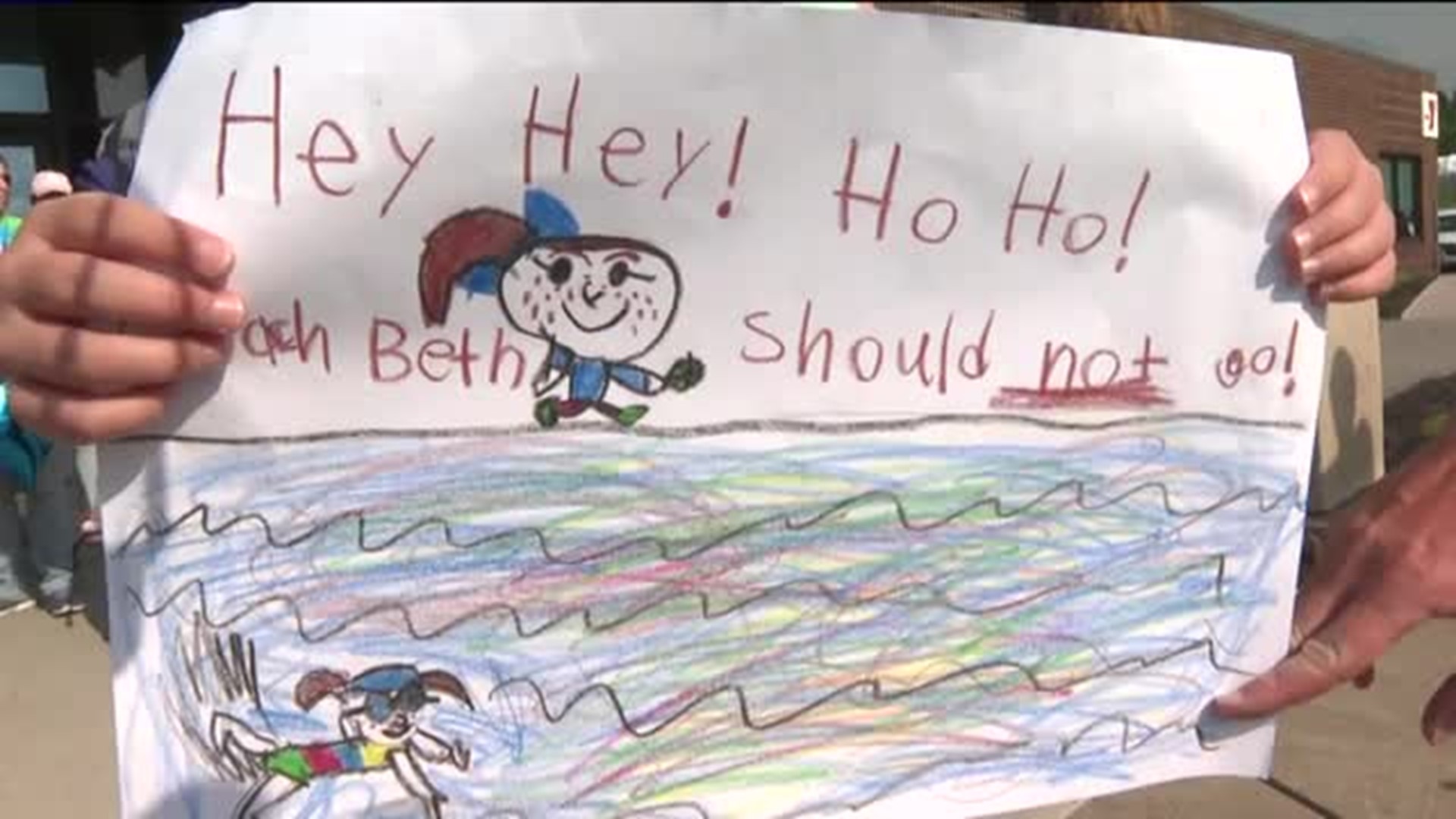 GREATER SCRANTON, Pa. -- A swim coaches' surprising resignation has been met with anger and frustration by parents in Lackawanna County.

Those families protested Thursday afternoon outside the Greater Scranton YMCA.

They had balloons, a petition, and signs of support. It was all for Beth Cholish.

“It just feels like Coach Beth was treated so unfairly that she could not even exist so she had to resign,” John Swarts of Greenfield Township said.

Beth Cholish coached the Greater YMCA swim team for the past two years.

Officials would not give details on her decision to resign.

This leaves more than 100 swimmers without their coach for the upcoming swim season.

“I am kind of upset that Beth had to leave she was one of my favorite coaches out of my four years of swimming and she made everything fun about swimming,” Owen Slish of Olyphant said.

“She always fixes my problems and everything she does for me is amazing. I really want to go to swim place she goes, and we will,” Madeline Swarts of Greenfield Township said.

Some families went inside the YMCA to close their membership over the resignation.

“When I heard the surprising news my very first thought was where is she going because that is where we will go,” Kimberly Wilson of Scranton said.

“She has supported me and everyone else all the way she is far and away the best swim coach I have ever had. Wherever she goes we will go,” another bystander said.

We reached out to Beth but did not hear back.

Greater Scranton YMCA officials tell Newswatch 16 they are looking for a new coach for the fall season.