POTTSVILLE, Pa. — Step by step, beer aficionados walk through these caves used in the 1800’s to ferment beer here at the Yuengling brewery in Pottsv... 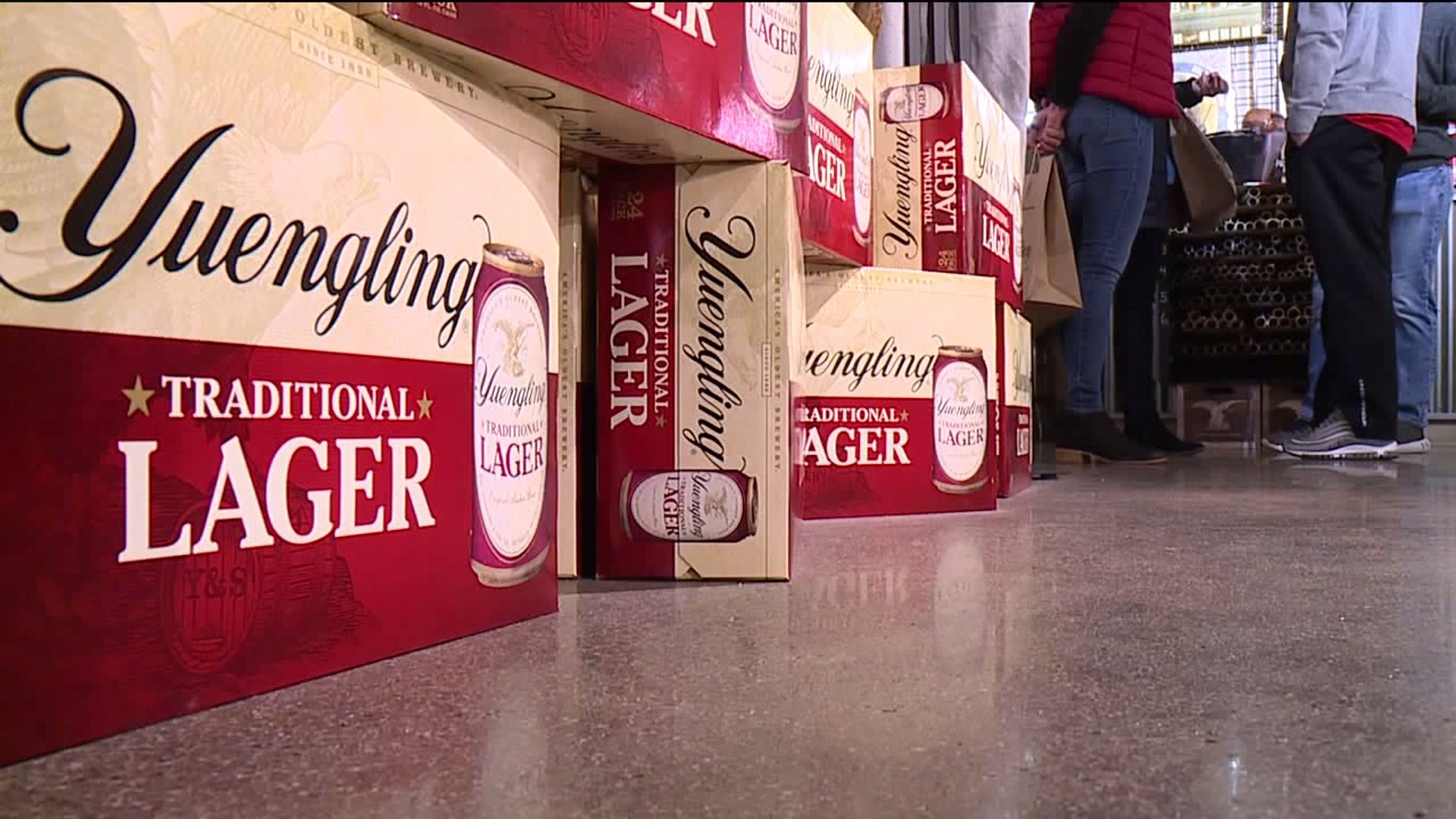 POTTSVILLE, Pa. -- Step by step, beer aficionados walk through these caves used in the 1800's to ferment beer here at the Yuengling brewery in Pottsville.

All these years later, America's oldest brewery is still thriving and celebrating another anniversary.

"It's really amazing. as a kid, Yuengling Brewery was an amazing place to have in your backyard. But it has taken off to just being a world name and all over the country, people love Yuengling beer, love the brand and love the family," said Debbie Altobelli, Yuengling.

To celebrate Yuengling's 190th anniversary, the brewery is releasing these limited edition cans, exemplifying just how much its label has evolved since its inception in 1829.

"190 years in this business here in Pottsville is an incredible story that not too many people can tell, so people have been coming in for tours, wanting to know about the cans and what we're going to do for the history. Everybody wants to celebrate that special year for Yuengling," said Edward Keyworth, Orwigsburg.

And to cap off the anniversary, Yuengling is releasing this bourbon barrel aged beer on January 11. It's been fermenting in the caves here in Pottsville for four months.

"It's kind of fun to try different things. we're always about classics and tradition, but it's fun to try something new and something different to see what people may like. Golden pilsner turned out very well, people love that. It came out in April of this year. So now, it's this bourbon release. They actually had it here last year for the employees to try it and they liked it, so we said 'hey why don't we see if the public likes it as well," said Altobelli.

Nearly two centuries in and they are still brewing strong in Schuylkill County.

Some may say, that deserves a "cheers."