After the Storm, Wind and Cold In Bradford County

BRADFORD COUNTY — The whipping winds wreaked havoc on roadways in Bradford County after a winter storm dumped more than half a foot of snow in spots. R... 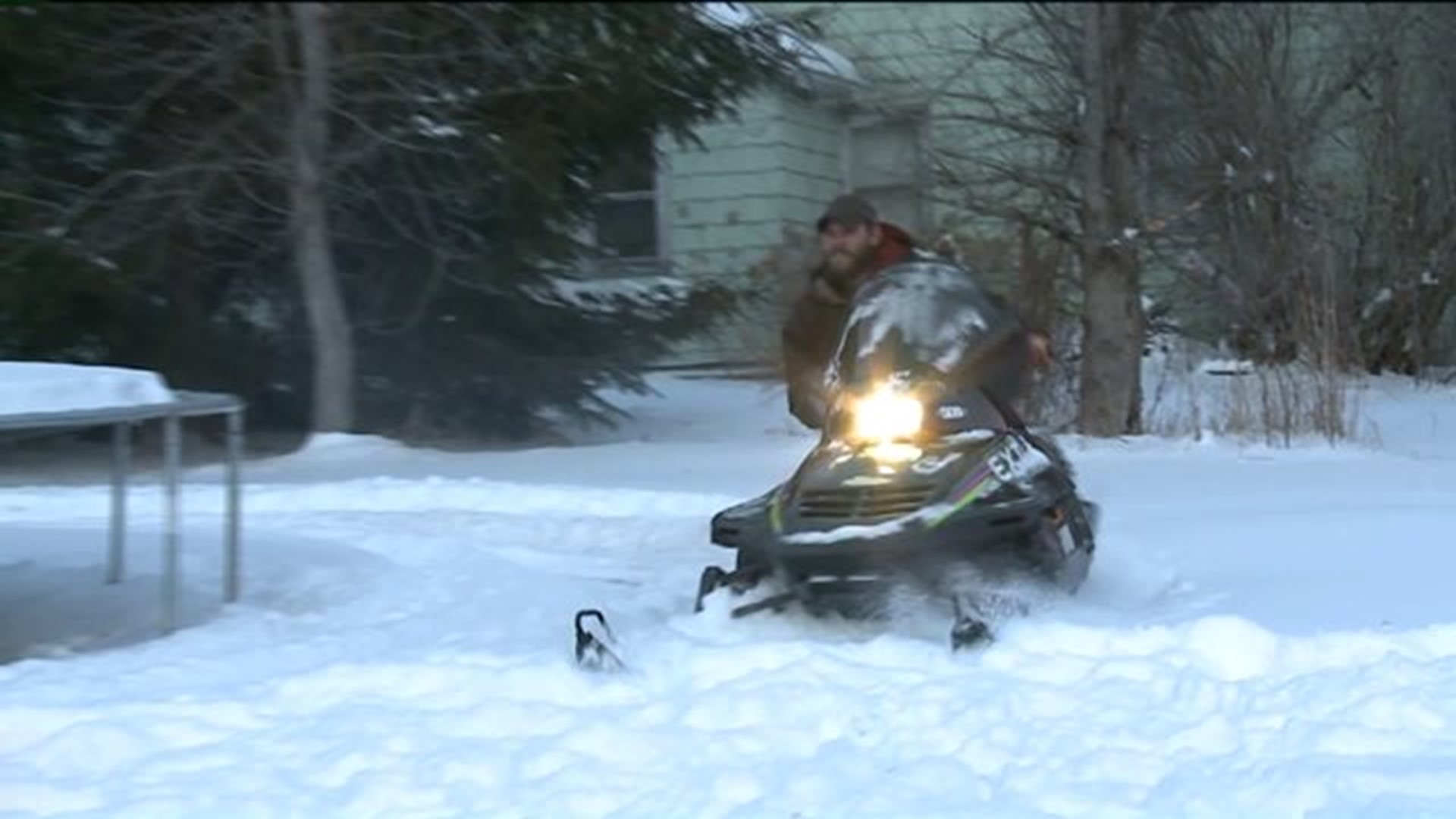 BRADFORD COUNTY -- The whipping winds wreaked havoc on roadways in Bradford County after a winter storm dumped more than half a foot of snow in spots.

"The wind is bitter out here and it's more wide open for it to blow through,” said Dustin Perry of Gillett in South Creek Township.

There's more than a foot and a half of powdery snow in the village of Gillett.

It's beautiful, but as it drifts, it's caused some headaches.

"I'm from Burlington, actually, so I had to travel over here with this wind and all the driftings you had to go through and stuff. I was born and raised here so I'm used to it, but some people aren’t. Some people, they wreck and stuff all the time,” said Kenneth Raymond who was in Gillett for a visit Thursday.

The wind is one concern.

The bitter cold which may create patches of ice or other issues.

"People will be having frozen water and stuff,” predicted Raymond.

Of course, it's not all bad.

"I've been going sled riding and all that,” said Dustin Perry Jr. cheerfully.

"We're getting ready to start the snowmobiles up over here and we're about ready to have fun, drag the kids around with the snowmobile, have some fun,” said his father Dustin Perry.