After Marino Resignation, What Next?

LYCOMING COUNTY, Pa. — Just months ago, U.S. Representative Tom Marino from Lycoming County appeared to be a man heading for a national stage. Now, heR... 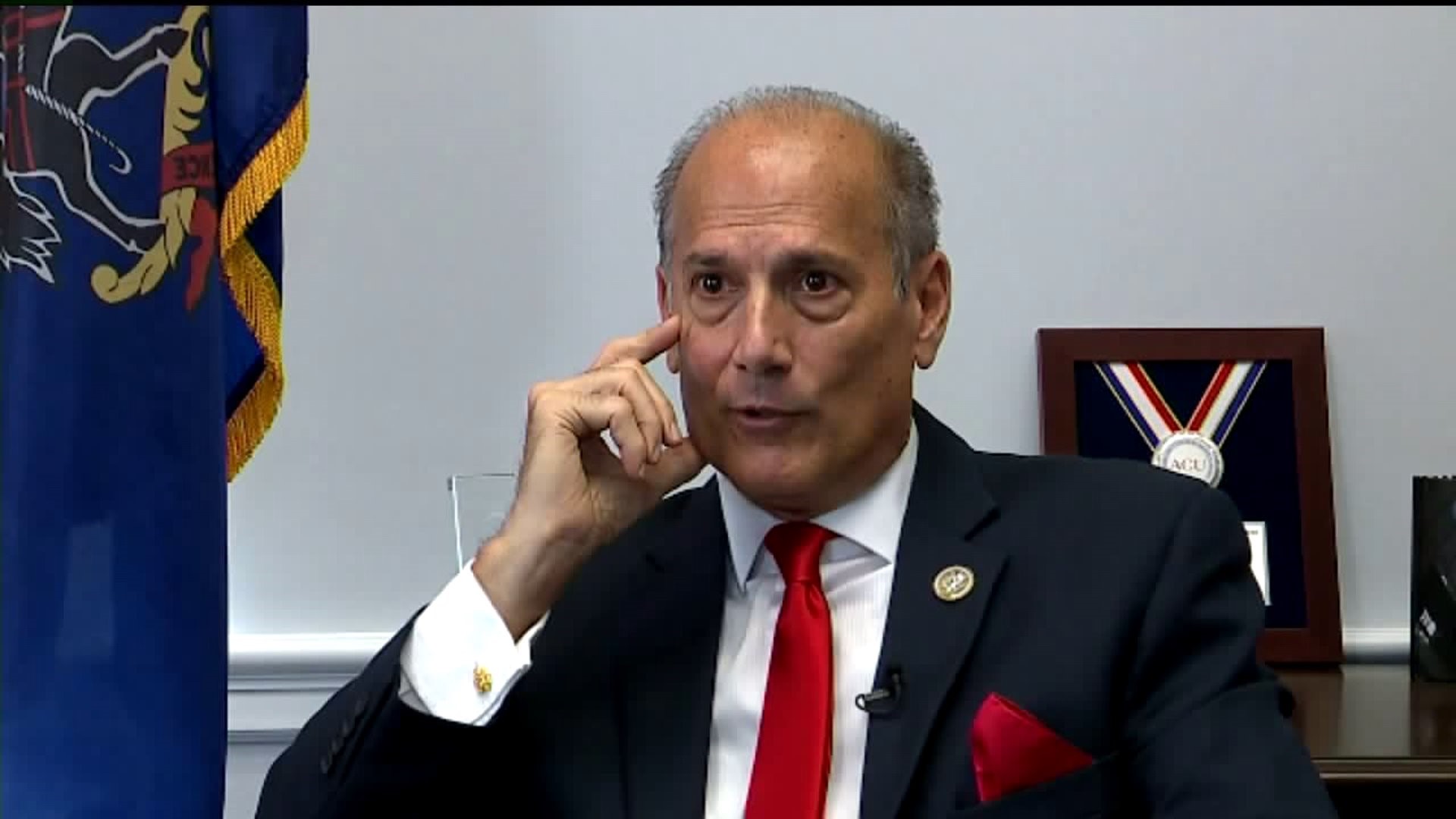 Marino, a Republican, was just re-elected in November to the newly drawn 12th District. It's a huge district covering 15 counties, including ten in our area.

But just days into his fifth term in office, he announced he's leaving public life for the private sector.

Congressman Marino's last day in office will be next Wednesday. His move to the private sector appears to end his public career as a prosecutor, then later as a congressman, for most of the past 27 years.

He didn't go to college until he was 30, but just after turning 40, Tom Marino entered public life.

He was elected Lycoming County district attorney, a job he held for 11 years.

In 2002, President George W. Bush appointed Marino the U.S Attorney for the Middle District of Pennsylvania and in his five years, he successfully prosecuted executives of the Rite Aid drug chain for criminal fraud.

But Marino resigned in 2007 after Dunmore businessman Louis DeNaples listed him as a reference when DeNaples applied for a gaming license at Mount Airy Casino. DeNaples later hired Marino as one of his attorneys.

Marino returned to public life in 2010, defeating former Democrat Congressman Chris Carney for a seat in the House of Representatives.

In 2016, he was among the first Republican elected officials in the U.S.to back Donald Trump's presidential candidacy.

A year later, Marino was set to be the president's drug czar, when a national news story revealed the congressman took nearly $100,000 in campaign contributions from drug makers and sponsored a bill that critics said made it easier for drug companies to distribute opioids

Marino was reelected to Congress for the fifth time in November.

Congressman Marino has not said where he'll be working when he leaves office next week.

As for his replacement, a special election, by law, must take place around 60 days after Marino leaves office. There will be no primary. Leaders of both political parties in the 12th Congressional District will choose their candidates.