After Christmas, Holiday Shoppers Search for Deals at Stores

DICKSON CITY – Even before the sun began to rise, folks were lined up outside the Target in Dickson City, looking for deals. Stores slashed their prices a... 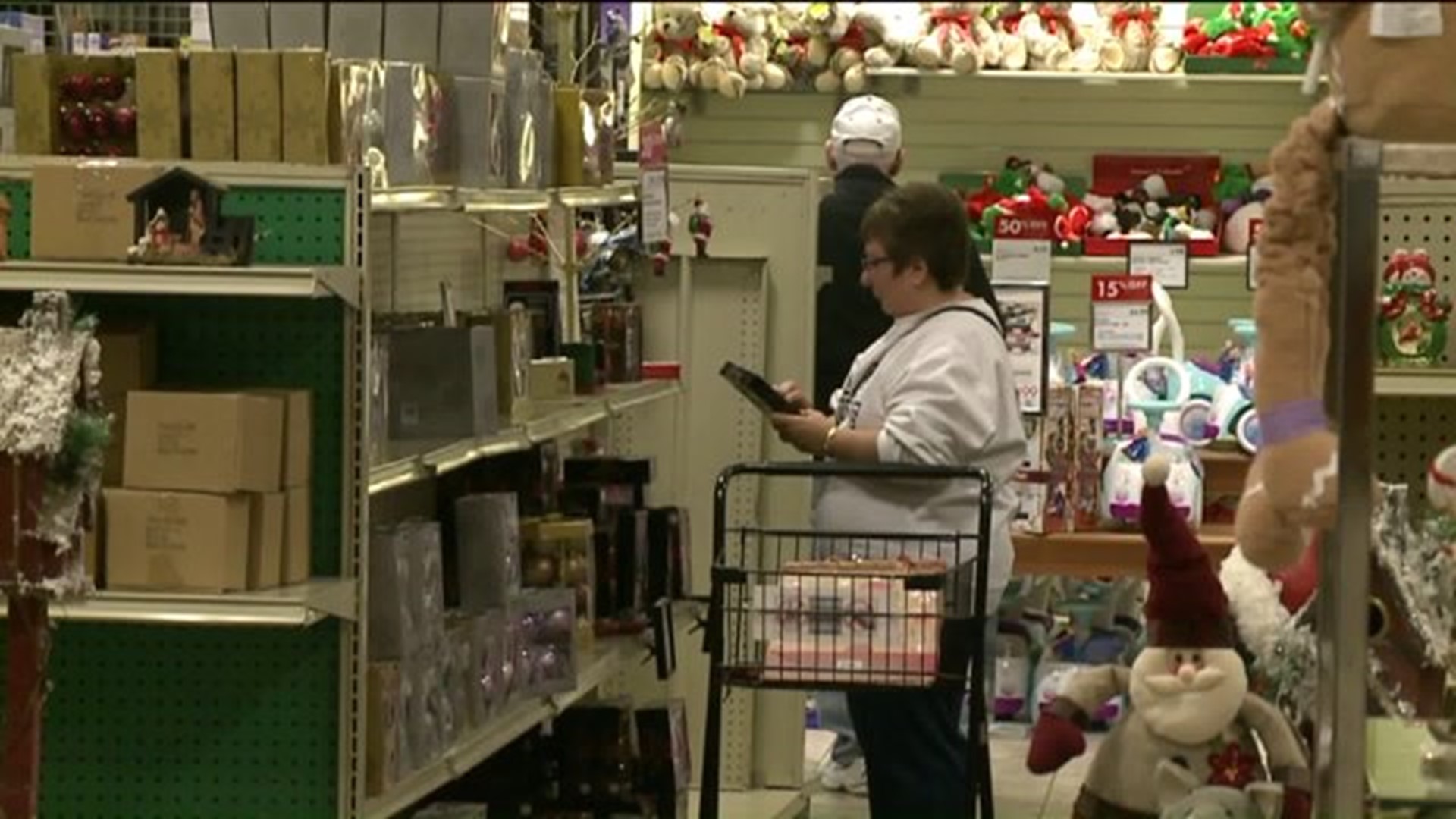 DICKSON CITY - Even before the sun began to rise, folks were lined up outside the Target in Dickson City, looking for deals.

Stores slashed their prices and had earlier hours to get more people in the doors.

Once those doors opened excited folks rushed in, trying to strike gold for those hard to get items.

"I'm here for a Nintendo Classic for my nephew, that's if they have them," said Amber Bryla of Montdale.

After taking care of family and friends, for some it was time to get some personal shopping done.

"I am going to shop for myself today. I mean, I gave out all the presents but with all these prices and stuff I got to be good to me," said Rich Phillips of Scranton.

Boscov's in downtown Scranton had plenty of items marked down or on sale. Shoppers browsed the isles to find the right gifts.

Some holiday items went as far down as seventy percent off. Customers say it was the deals and the coupons that made them wake up early to shop.

"Some items were marked down 75 percent so it's kind of stupid to not take advantage of that, they aren't going to give it to you they are not going to pay you to take it. That's good stuff and Christmas rolls around next year doesn't it?" asked Phillips.

With prices so low others were already planning for next Christmas.

"Sooner than paying full price next Christmas, it's better to get a 75% off, I'm a deal shopper, I'm looking for Christmas gifts for next year too" said Marilyn Royce of Duryea.