LEROY TOWNSHIP — Cleanup continues after an acid spill at a natural gas drilling site in Bradford County. State environmental officials are looking for a ... 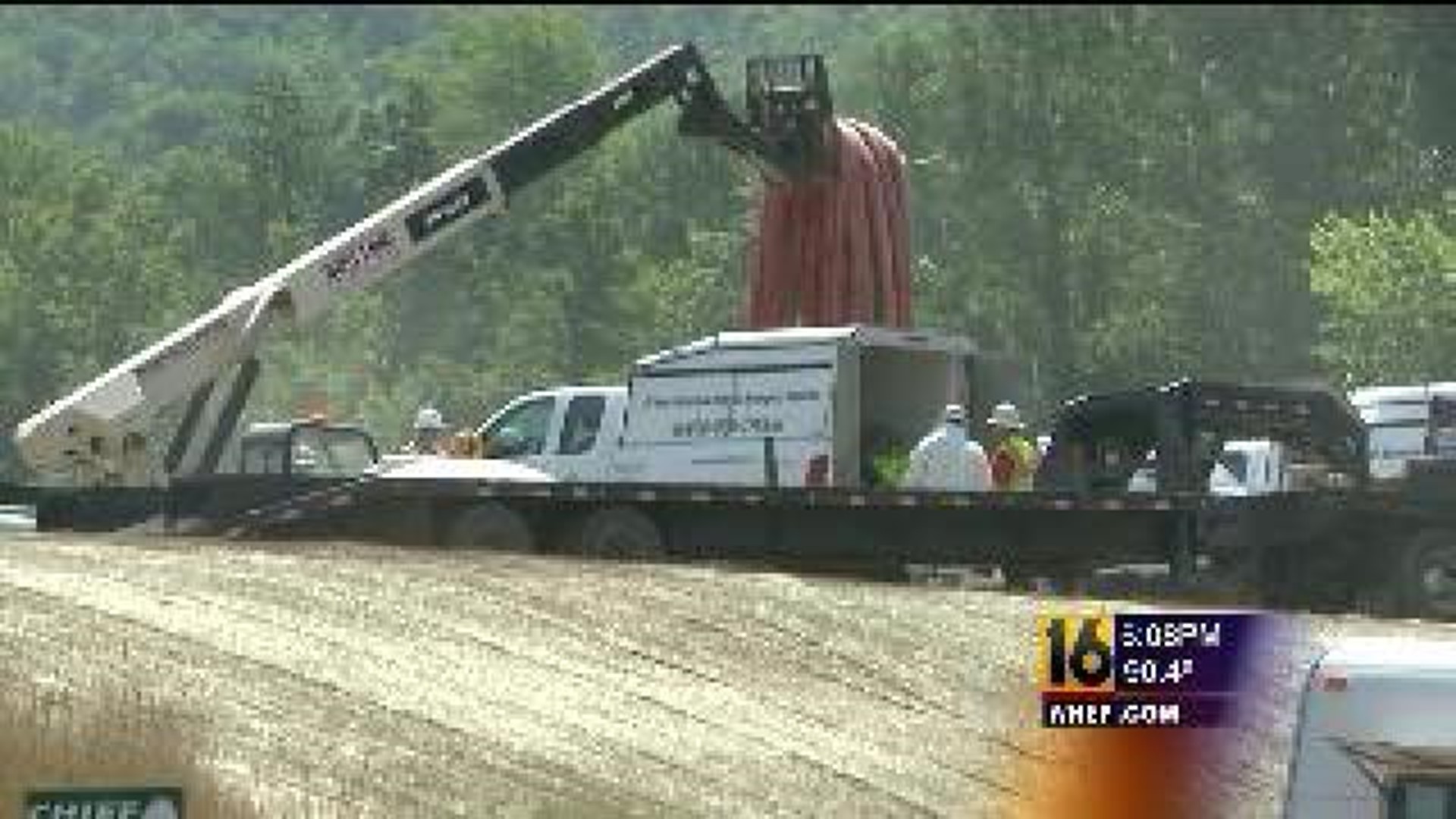 LEROY TOWNSHIP -- Cleanup continues after an acid spill at a natural gas drilling site in Bradford County. State environmental officials are looking for a cause and testing for any further impact.

The spill happened July 4, east of Canton at a well pad operated by Chief Oil & Gas.

Crews had finished fracking the well when an entire tanker full of hydrochloric acid leaked, according to a company spokesperson.

The spill resulted in a scramble to keep the burning liquid from reaching the nearby Towanda Creek, the same creek that has been threatened before by incidents at nearby gas well sites.

The process of extracting natural gas is on hold at one well pad in LeRoy Township, east of Canton. Environmental cleanup crews are dealing with soil contaminated with hydrochloric acid after a spill Wednesday on the Chief Oil & Gas well pad.

A tanker valve was open and leaked thousands of gallons of acid, according to a Chief spokesperson.

Some acid flowed off the pad and headed toward the nearby Towanda Creek and wound up killing a number of small fish.

Even though gas company officials said the majority of that 4,000 gallon-plus hydrochloric acid spill did not reach the tributary to Towanda Creek, some of it did. It was dammed off in this area but you can still see all the scarring left behind.

"We had about 10 bags of lime at the firehouse, we dumped that there, there was some oil dry to mix that with it. To help absorb it, dumped some dirt with it so it quit," said Chief Kim Jennings of the Canton Fire Department.

Chief Jennings said the spill was just big enough to cause concern that it might get into Towanda Creek.

Twice before the creek was affected when other gas well sites, run by Chesapeake Energy, either spilled fracking fluids or were suspected of causing methane gas to bubble up.

When the most recent spill happened, neighbor Penny Benedict was at first worried about her safety. She hopes gas companies, including Chief and Chesapeake, learn from their mistakes.

"Things do happen, it's no one's fault," she said. "If it was (their fault), then they're the ones feeling guilty."

Officials said that acid spill never reached the Towanda Creek and the investigation into the cause continues.

When a spokesperson for Chief was asked why the company is drilling so close to the creek and its small tributaries, running the risk of something like this, Kristi Gittins said it is because sometimes it is the most efficient place to drill for the natural gas.