A Night for Honoring Heroes at Courage Awards

BETHLEHEM, Pa — Inside the tent on the Lehigh Valley Hospital’s campus in Bethlehem was a night for honoring heroes for their brave acts of courage.... 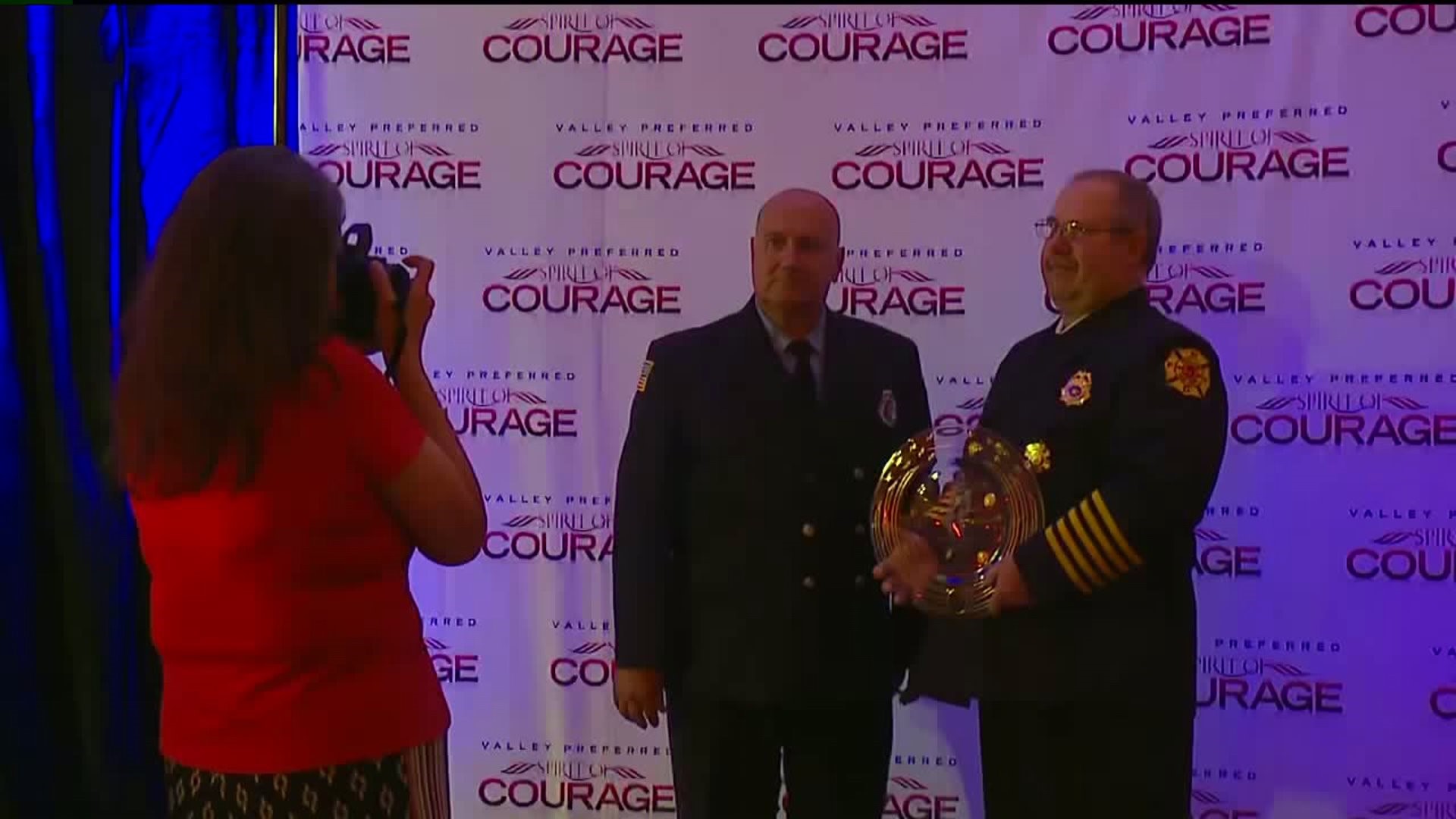 BETHLEHEM, Pa -- Inside the tent on the Lehigh Valley Hospital's campus in Bethlehem was a night for honoring heroes for their brave acts of courage.

This was the health network's 14th Annual Spirit of Courage awards to show gratitude to those who risked their lives to save others.

Among those being honored were Williamsport Fire Chief Todd Heckman and Freeland Fire Chief Joseph Stepansky.

Heckman was off-duty the evening of March 31 and returning home when he saw his neighbor's home was on fire in Williamsport.

After hearing a woman was trapped on the second floor, he entered the home with no protective gear but was forced out by heat and smoke.

Using a ladder, Heckman broke a window upstairs, leaned in and pulled the woman out.

“Someone yells out, ‘My wife's in there’,” said Heckman. “And then you go into survival mode. You do the best. You get yourself and whoever's in there. Everything works out, hopefully, in the end.

Stepansky responded to a fire call on an early February morning across from his home in Freeland with reports of a person still inside.

Two of his firefighters went in to search, but they themselves became trapped. Stepansky was able to get them both out onto the front porch.

“I did my job that day, and I wouldn't have it any other way. I would do it again if it was necessary tomorrow,” said Stepansky. “The best award that you can have is to have the two firefighters that you're rescuing speaking to you today.”