LOCUST TOWNSHIP– For the past 60 years, folks in Numidia have had one thing they could count on. Inside Palachick’s General Store, Peg is behind the... 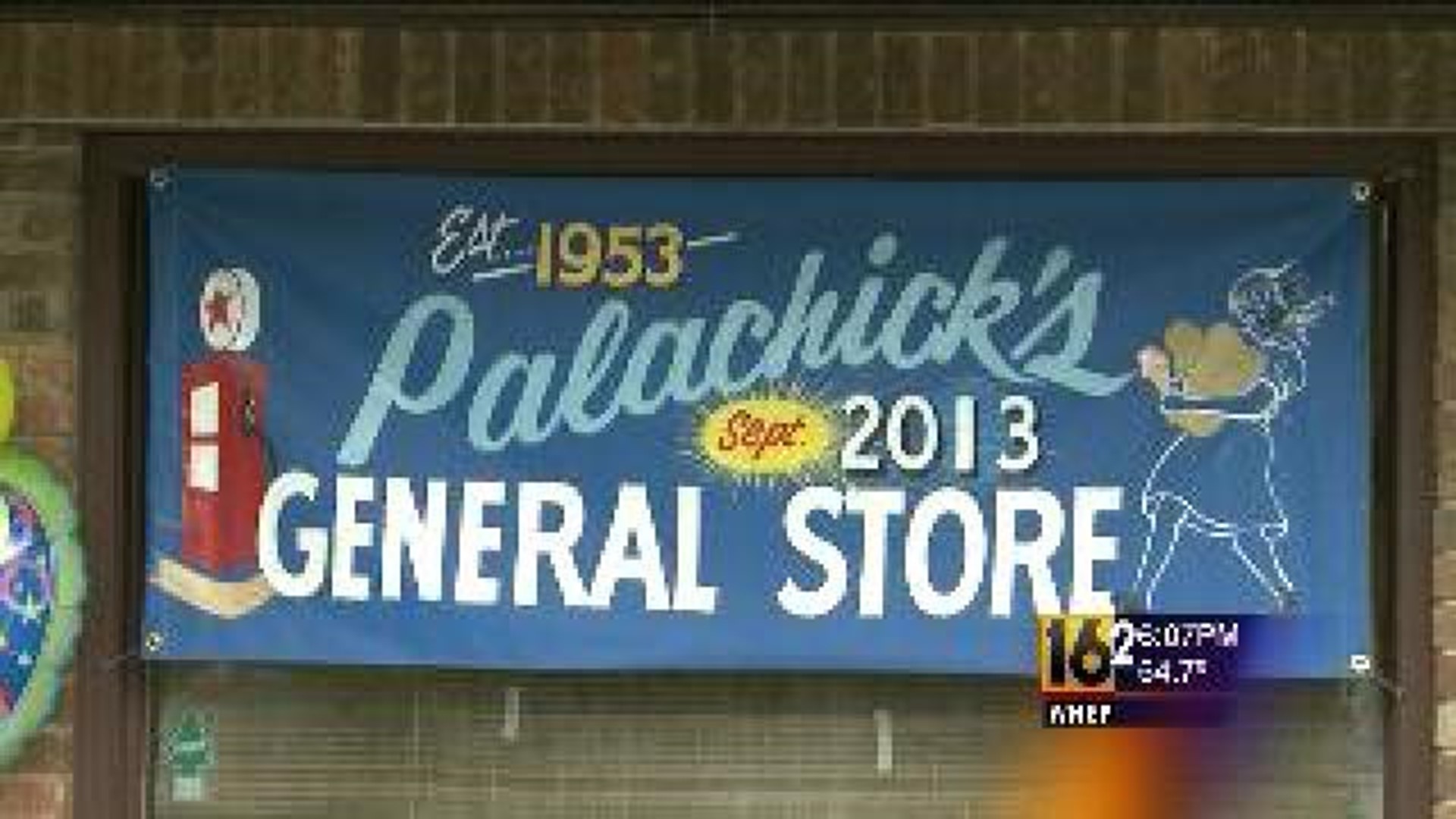 LOCUST TOWNSHIP-- For the past 60 years, folks in Numidia have had one thing they could count on. Inside Palachick's General Store, Peg is behind the counter.

Peg Palachick, 90, and her late husband, Joseph, moved from Shenendoah and bought the store near Catwissa back in 1953.

That was the same year Mary Ellen Beaver and her husband moved to town and bought a farm. She says, over the years, the two women have developed a close friendship. She says," She loves all the people and she does everything she can to help people."

Peg raised four kids while working in the shop, and watched countless other families grow up. On Saturday, many of them reunited at a tent outside the store to enjoy a meal and celebrate.

Longtime customer Jeff Schwartz has relocated to Florida, but was back in town to attend the celebration, complete with a pig roast, many ears of corn and two cakes. He says, "When you thought the mail wouldn't go through, she was always open. There with a smile."

When asked what her favorite thing about working in the store is, Peg replied, "Meeting the people, meeting new people, and having old ones come back."

You can still buy a softball at Palachick's, but the cone-shaped cartons of Big Ben's Birch Beer are memories.

The shop no longer needs a special license to sell oleomargerine as it did in the 1950s.

However, one treat is eternally popular, the star attraction, teaberry ice cream.

Asked to explain the flavor Peg says, "It's different."

But, the treat is so popular, the store's magnets feature a teaberry pink ice cream cone.

Open 7 days a week at 7 AM, in all kinds of weather, Peg's daughter Joanne now runs the show and will manage it in the future. She admits it is getting tougher for a mom and pop shop to compete with larger stores, but she says the relationships with customers keep them coming back.

Joanne says,"I think what's unique about the place is you walk right from the store into our house. So, it's connected. That's why we can keep good hours. And, we are here and it's family."

Like the cars that stop along the road, so much has changed since 1953. But, Palachick's is still a place where customers can feel like they're coming home.

Peg says, "It makes you feel good when you see a young fella and he has got his family with him and he gives you a hug and a kiss and says, 'I missed this place.'"