NEW PHILADELPHIA — Fire officials in Schuylkill County credit smoke alarms and a 5-year-old boy for saving the lives of a family. Smoke could be seen comi... 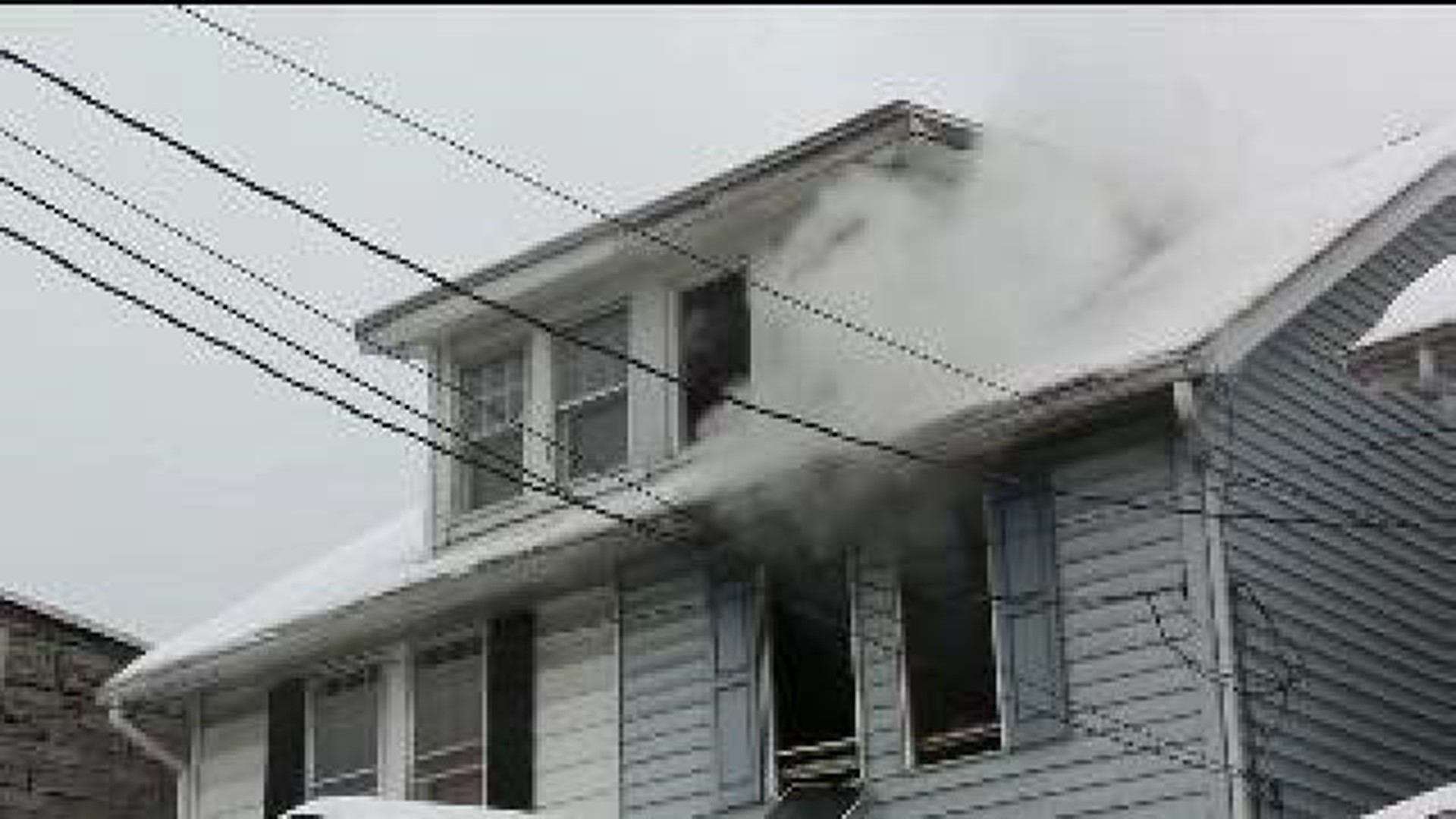 NEW PHILADELPHIA -- Fire officials in Schuylkill County credit smoke alarms and a 5-year-old boy for saving the lives of a family.

Smoke could be seen coming from one side of a double-block home on Kimber Street in New Philadelphia.

"I lost a great deal. The main thing was I lost my home.  That`s the hardest thing I'm dealing with right now, that's the only thing I had."

Tanya added that she and her family were napping at the time, except for her small son.

"He's 5 years old and he was yelling, ‘fire truck, fire truck!’ and I opened my eyes and got up and all of the smoke was right there. He saved all our lives. We were sleeping and a couple of minutes later we all could have been gone!"

A fire in Pottsville on Mother’s Day last year killed several children and their father.  Memories of that blaze were on the minds of some New Philadelphia neighbors, including a man who asked that we not identify him.

"That was my brother’s best friend that family that passed away in Pottsville."

Joe Valinsky has a garage across the street from the New Philadelphia home that burned on Sunday. He explained the worst fire he can remember happened in that same house 20 years ago.

"The second fire was the real bad one when they found the little boy dead, I think he was 3 or 4, on the second floor from smoke."

Unlike that fire in 1994, everyone got out safely in this latest fire in New Philadelphia.

Fire officials said the cause of the latest blaze in New Philadelphia has been listed as undetermined.