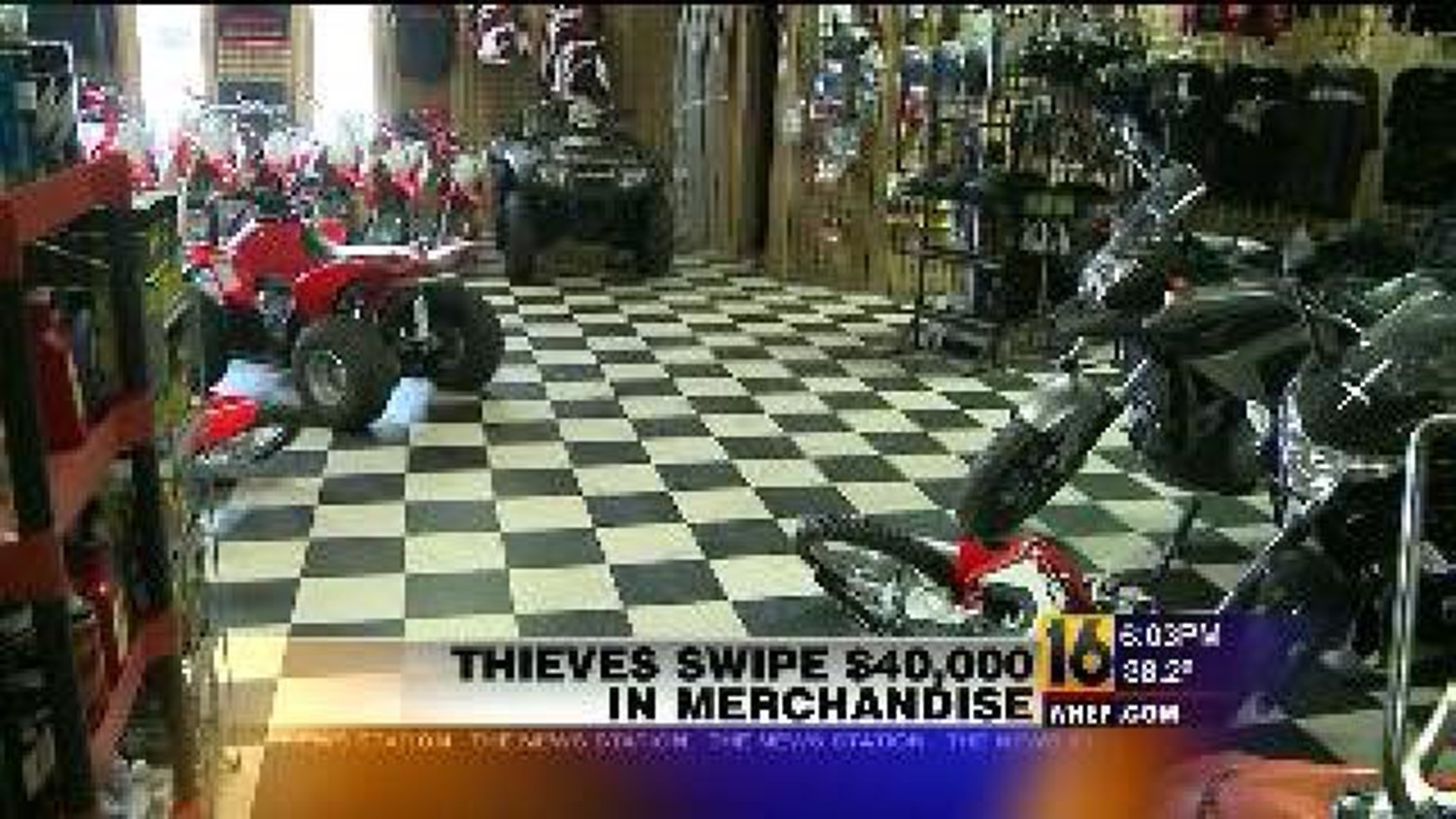 Inside the motorcycle dealer's business it's a crime scene, too: empty spots where nearly $40,000 in dirt bikes and ATVs were on display.

Bud Matto the owner says he's been in business 22 years.

"This has been the eighth time we have been robbed in our whole history of business, it’s like, 'not again.' This is a hell of a way to start the new year." Matto explained.

Brad Matto works for his father. He said at first he couldn't believe what happened.

"It's just very shocking and I was lost for words at first."

Owner Bud Matto said he has insurance but it won't cover all their losses.

"Each motorcycle carries its own deductible and then you got deductible on the building damage, so there is going to be quite a bit of out-of-pocket expenses, guessing $5,000 to $7,000 out of pocket right now in expenses," said Matto.

Bud Matto said the thieves made a mistake by taking one of the motorcycles.

"There is not a lot of dealers in the country that carry GAS. GAS is a Spanish motorcycle and that thing will stand out like a sore thumb," said Matto.

The owner of the shop Bud Matto has set up a Facebook account about the burglary and theft.