LITCHFIELD — The Drake brothers thought their century-old family farm near Sayre would make them rich. Back in 2000, they sold the natural gas rights on t... 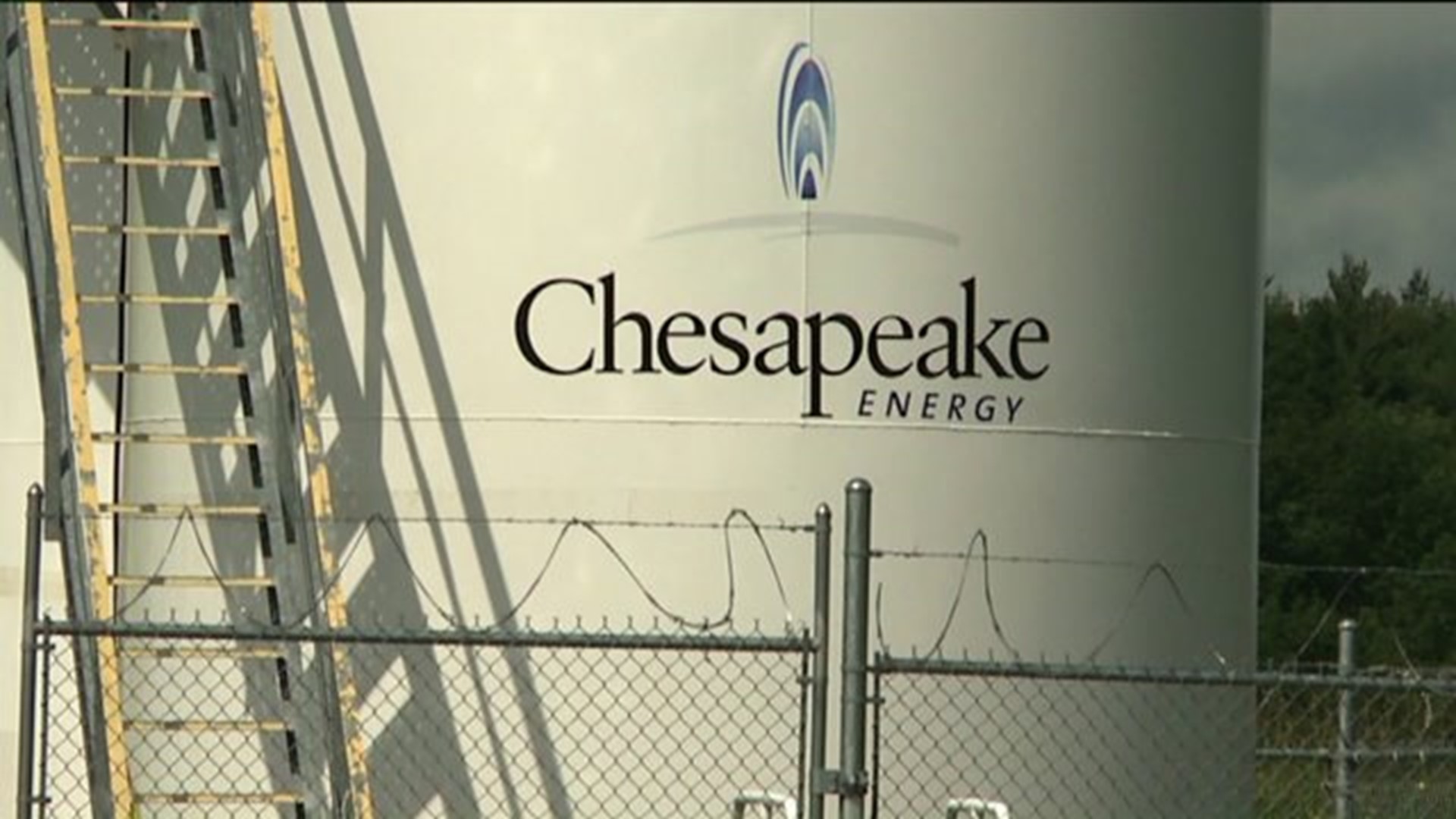 LITCHFIELD -- The Drake brothers thought their century-old family farm near Sayre would make them rich. Back in 2000, they sold the natural gas rights on their 490-acre farm to Chesapeake Energy.

"It's going to be free, easy money," said Jim Drake.

It began in 2010, when the well on the Drake farm first produced natural gas. But two years later, the brothers noticed their royalty checks from Chesapeake shrinking.

The gas company began deducting money from the Drake's royalty checks for what Chesapeake called "post-production and transportation costs." It's a deduction the brothers claim was not in the lease they signed 15 years ago.

Then, deductions taken from their October 2013 check left them angry.

Records show in October of 2013 Chesapeake took about $56,000 worth of natural gas from the Drake farm. According to terms of their lease, the gas company should have paid the brothers almost $7,000. After Chesapeake deducted post-production costs, the Drake brothers' royalty check was just $133.

"If you were seeing an average of five percent being taken from landowners' checks at a local level, this wouldn't be an issue," said attorney Taunya Knolles Rosenbloom, who represents the Drakes and 90 other landowners in Bradford County.

In the last five years, she's filed one of the 10 active federal lawsuits in Pennsylvania. Rosenbloom claims the  gas company is using an unfair amount of  landowner's royalties to pay for company construction costs and corporate debts.

"It appears that the landowners are basically paying all of the expenses," says attorney Rosenbloom.

Along with the lawsuits, records show Chesapeake is the target of two criminal investigations.

Pennsylvania Attorney General Kathleen Kane's office confirms it is wrapping up a two-year investigation to see if Chesapeake cheated landowners adding on these post-production costs.

The U.S. Department of Justice is also investigating similar claims, according to Chesapeake's own corporate financial statement.

There's also a move in Harrisburg to protect landowners.

One proposed bill would require gas companies to pay landowners at least the standard industry royalty payments of 12.5 percent, no deductions.

Another proposal, from State Senator Gene Yaw, who represents the heart of the northern Marcellus Shale region, would punish any gas company that stops drilling on the land of a property owner who sues or complains.

Senator Yaw calls it, "an anti-retaliation bill, which if the landowner would be successful, carries a fine of a thousand dollars a day."

Paul Sidorek, who owns more than 100 acres in Auburn Township in Susquehanna County says Chesapeake's deductions from his royalty checks totaled more than a quarter million dollars over five years.

"I could give my grandson a first-class education, buy him a house and a car," says Sidorek, who also is an accountant.

He files income tax returns for about 100 leaseholders in Susquehanna and Wyoming counties. He says Chesapeake deducts far more money from royalty checks than other gas companies.

"I have one client that in 2014 received $1.2 million in royalties from Cabot (Oil and Gas)," said Sidorek.  "Not a single penny in deductions."

Landowners in six other states have also filed federal lawsuits against Chesapeake.

We have tried to get Chesapeake’s side of the story, but the company declined to comment.

In the meantime, Bradford County commissioners may soon join one of the lawsuits against Chesapeake. The county leases 90 acres to Chesapeake for drilling and the commissioners say the company has to date deducted about $60,000 from the county’s royalty checks.