Where is Ashley Guillory? Mother of 3 has been missing for three weeks

Ashley Guillory has been missing since Sept. 4. She is a wife and mother of three. 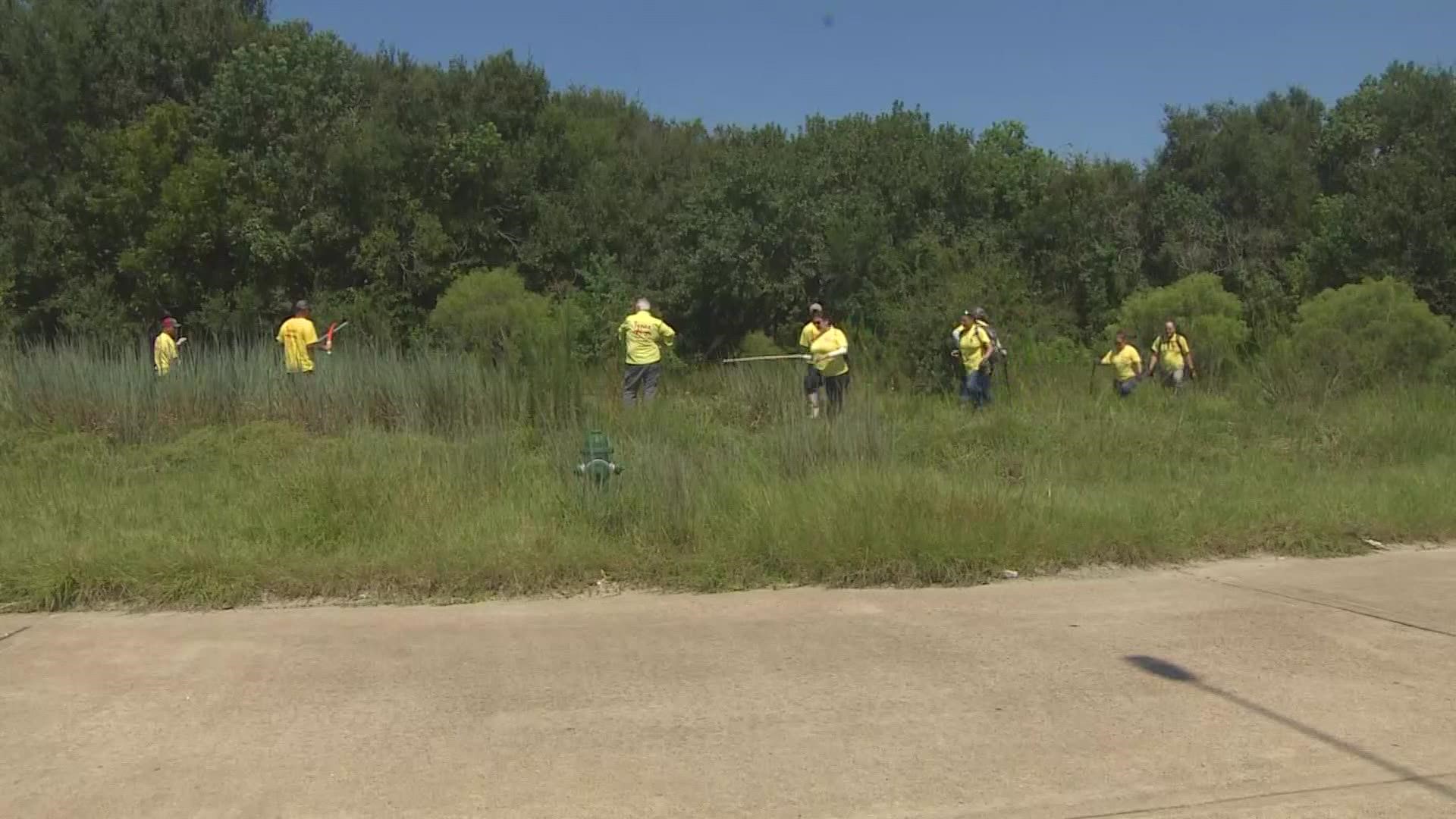 HOUSTON — Texas EquuSearch volunteers are continuing the search for a woman who has been missing since Sept. 4.

On Saturday, search crews looked through a wooded area off of E. Hampton Circle near Fondren Road for Ashley Guillory, the missing wife and mother of three.

"There are some nearby wooded areas of concern," said Frank Black with Texas EquuSearch.

"We have been searching for Ashley for the last 2 plus weeks," said Tim Miller with Texas EquuSearch.

Guillory, 37, was last seen in Houston, but it's unknown what she was wearing or doing the day she disappeared.

Guillory's husband, Curtis Guillory, said he immediately suspected a longtime friend played a part in his wife's disappearance. Acquaintances said the longtime friend, who has known Ashley for more than 10 years, breaks down crying when he passes the park. Curtis said he thinks the friend may have wanted Ashley's disability money.

Curtis asked for help on social media and that's how he was approached by several search groups.

Curtis and Albert Flores, who is with Texas United Coalition, were searching for Ashley's missing car and the friend in Stafford when a tipster notified police that both were spotted at a store on Sept. 12. Flores, Guillory and police arrived at the scene at about the same time.

"We certainly suspected foul play in the very beginning," Miller said. "They do have a person in custody. On unrelated charges. We were just hoping this person would just break and go."

But Miller said some new information from investigators led them to a brushy area near Fondren and South Main.

Family members said they hope to find her soon. Her three young kids don’t know what is going and are still asking for their mother every day.

"Our whole goal is to go ahead and get her located," Miller said. "Time is not on our side. We know she disappeared on the 4th we know we had a tropical storm that came in after that. We are hoping that is not a reason got located yet."

Texas EquuSearch volunteers will be back Sunday searching areas nearby.

If you have seen Guillory or know of her current whereabouts, or if you have any information whatsoever concerning her disappearance, you're asked to call the Houston Police Department at (832) 394-1840 or Texas EquuSearch at (281) 309-9500.