More than 2,000 pampered pooches from around the country will soon compete in the Westminster Dog Show, and some are right here from our area. SCRANTON, Pa. — More than two thousand pampered pooches from around the country will soon compete in the Westminster Dog Show in New York City. The four-legged fun starts this weekend, and some dogs from our area will be a part of the action!

Newswatch 16’s Ryan Leckey caught up with a few local fancy furballs in Scranton along with their pet parents who are heading to the Big Apple this weekend.

Westminster is considered the longest continuous sporting event in America, with the exception of the Kentucky Derby.

Here’s how it works according to local participants:

“You can think of it like March Madness. Each dog competes within its breed to become Best of Breed. There are 204 registered breeds. That dog advances to the Group Competition, where it will compete against dogs that were bred to perform similar jobs. There are seven groups. They are Terrier, Toy, Working, Sporting, Hound, and Herding.

One dog from every group goes on to represent that Group in Best in Show. 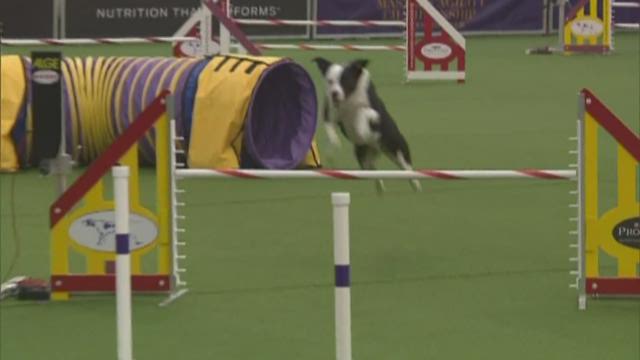 The breed breakdown for this year:

The Westminster Kennel Club welcomes 204 breeds and varieties among 2,630 entries from 49 states and 19 other countries to its expanded three-day dog show.

Click here to see how to watch the Westminster Dog Show.

For the history of the Westminster Dog Show, head here.