HARPURSVILLE, N.Y. — April the giraffe is a mama for the fifth time. April gave birth Saturday around 12:40 p.m. at Animal Adventure Park in Harpursville,... 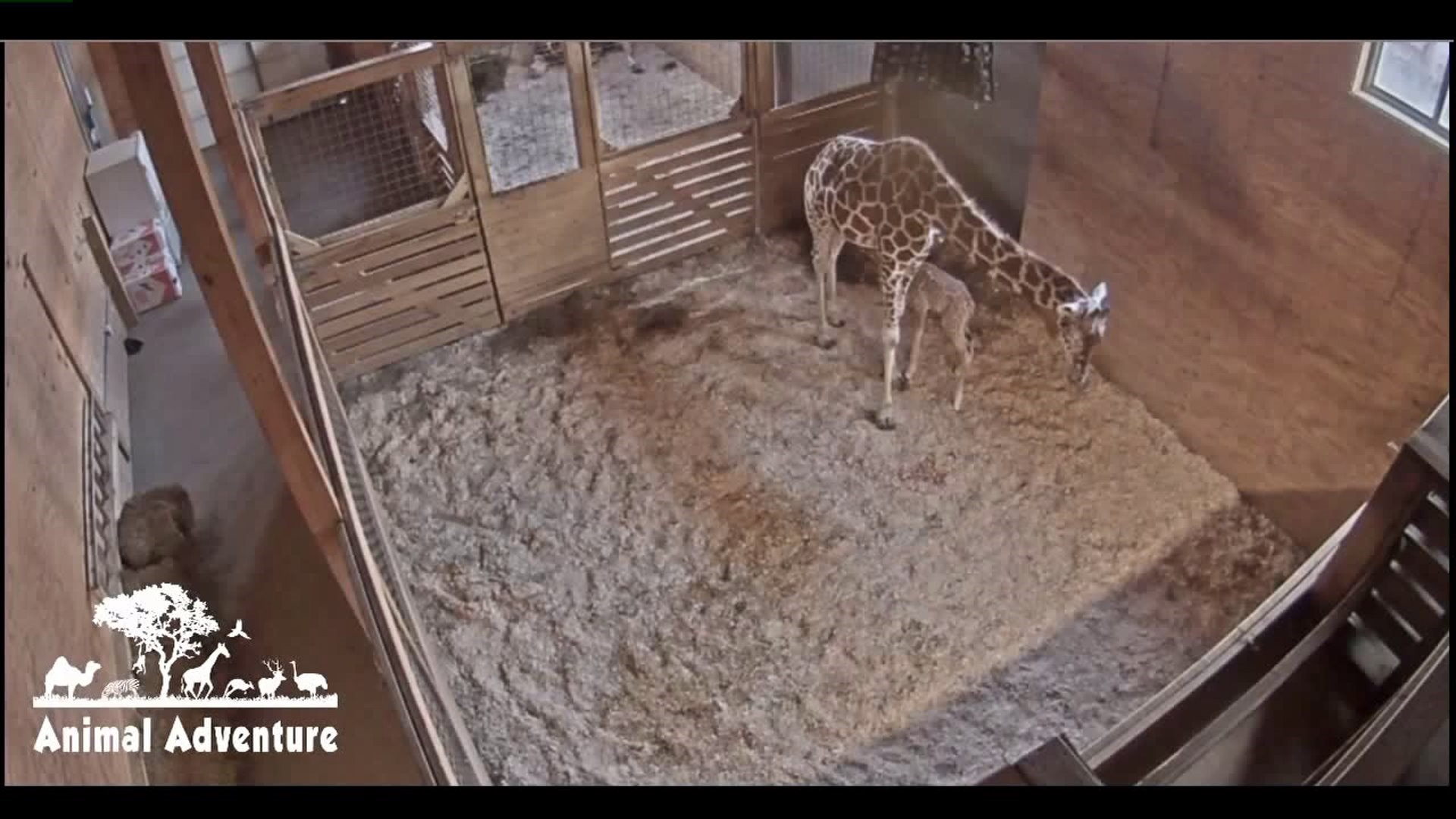 HARPURSVILLE, N.Y. -- April the giraffe is a mama for the fifth time.

This follows her delivery of a male in April 2017.

The new calf is male, according to the zoo's Facebook page.

The zoo has not chosen a name for the calf yet, according to CNN affiliate KABC.

Last time, April became an internet star. The zoo had a contest to name the newborn, and announced the winner, Tajiri, a few days after his birth.

KABC reported the newborn remained on the ground nearly motionless for a few minutes before raising its head and interacting with April.

The baby arrived less than two hours after zookeepers announced on Facebook that April was in labor.

Up to 300,000 viewers watched the live stream from inside April's pen in upstate New York Saturday.

The average gestation period for a giraffe is about 15 months, according to the Giraffe Conservation Foundation. A baby giraffe is usually around 6 feet tall.