The heavy rain that many of us saw earlier this evening knocked out power to thousands of homes and businesses and flooded roads across the area. 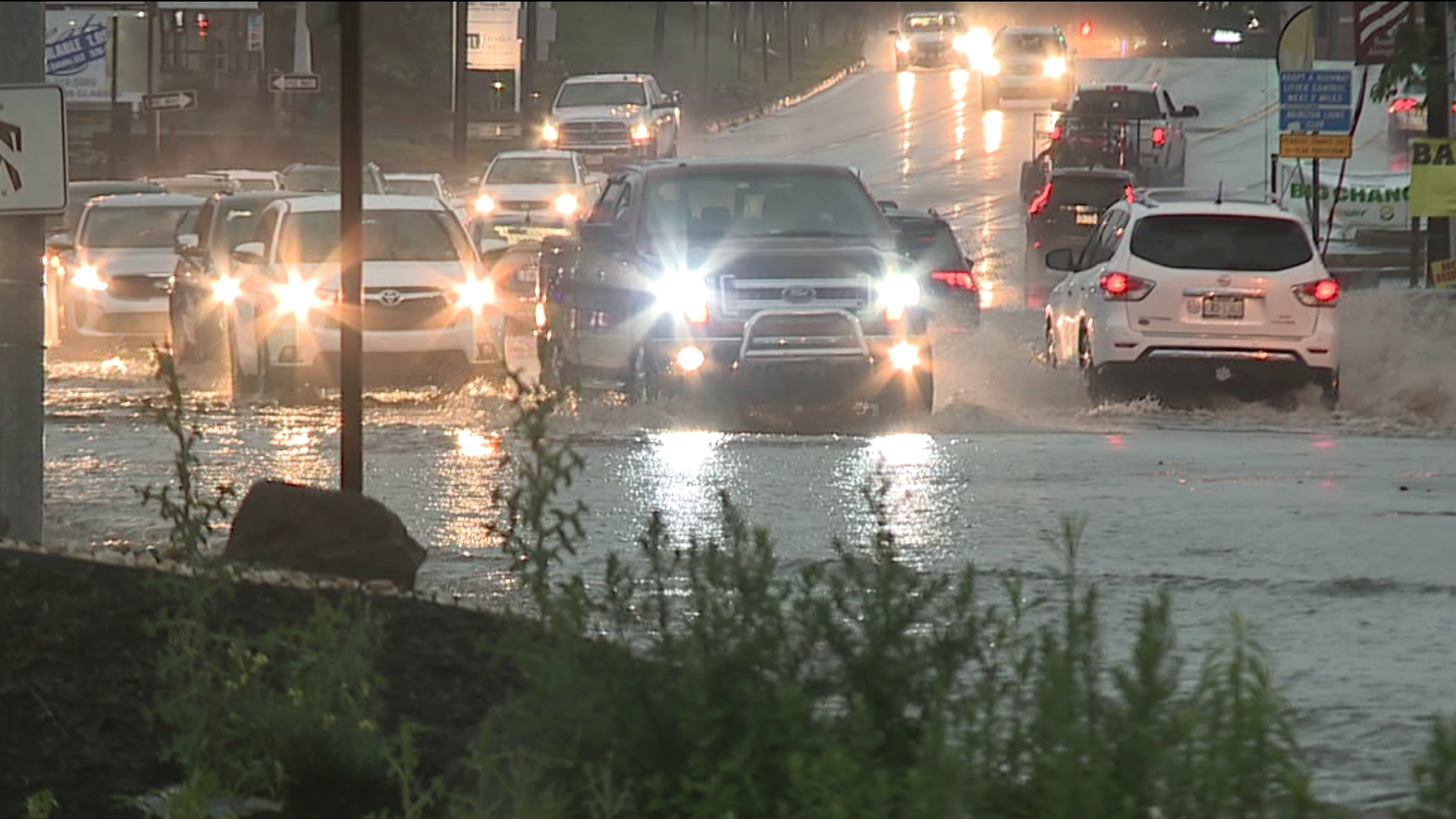 We're at the end of a week full of storms. And though it's already feeling like Groundhog Day, this storm did stand out a bit because of how much rain we got so quickly.

In Lackawanna County, almost an inch of rain fell in a matter of minutes, flooding roads all over.

Flooding along Northern Boulevard near Clarks Summit has been so common this week, that the Saturday night traffic moves through the water like it's nothing.

The northern part of the county saw power outages.

Crews were called to Bank Street in Dalton to start working on damaged power lines. The outage there caused an early end to the Dalton Firemen's Carnival down the road.

But on Pittston Avenue in Scranton, neighbors made the best of it.