Inside the vault: $4 Billion in unclaimed property up for grabs

Pennsylvania has billions of dollars in property that belongs to citizens. The state treasurer is looking for the owners. 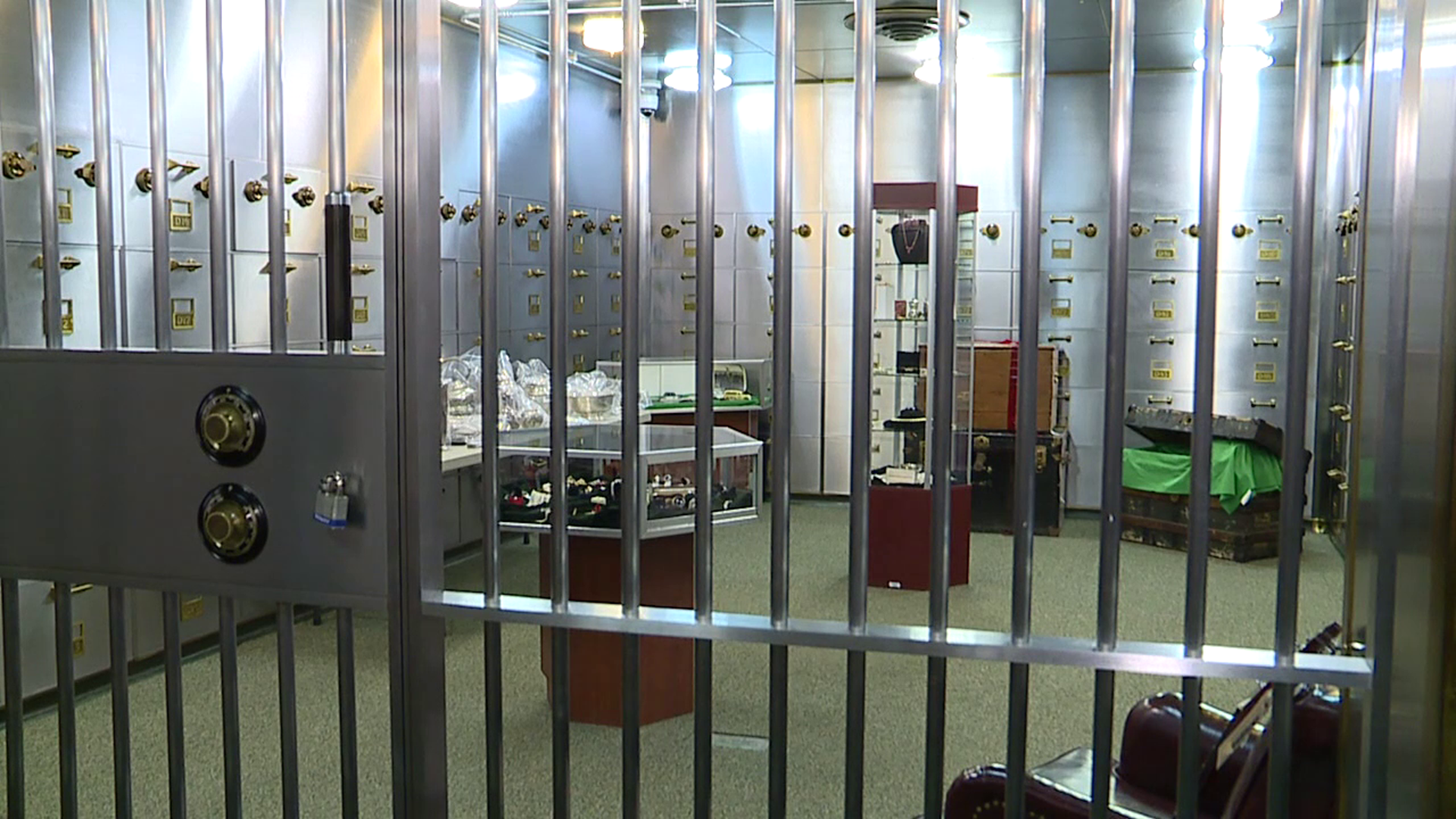 HARRISBURG, Pa. — Beneath the financial building near the State Capitol in Harrisburg, sits the largest working vault in the country.

"It's actually 400 tons of steel and just the front door itself is 60 tons," said Pennsylvania Treasurer Stacy Garrity.

It's used to store some of the $4 billion dollars in unclaimed property from across the state.

"$4 Billion, that is a huge amount of money," she said. "It's money that belongs to Pennsylvanians or at least people that used to reside in Pennsylvania."

Items from abandoned safe deposit boxes or unclaimed personal affects from nursing homes arrive every day. They're sorted and labeled so the treasury can track down who they belong to.

The best items are put on display. There's a letter sent by Albert Einstein in the 1950's, rare currency and the finest jewelry, including a 6 carat diamond ring.

While the most impressive items may be kept longer, Garrity said many of the items will be sold.

"After three years, a lot of times we will auction off the jewelry, but the money is there in perpetuity," Garrity said.

But the state will never sell the hundreds of military awards and artifacts in its possession. With the 77th Anniversary of D-Day approaching, Garrity hopes to connect these important items with the right families.

"We have roughly 13 Purple Hearts still and three Bronze Stars, but we have returned so far, since we started the program in 2018, 370 military decorations. We still have 659 to go," Garrity said. "You can't put a price tag on them for sure and it means a lot to the families."

There are some deliveries in the works. Garrity said she'll be returning items to a veteran in Berks County who served in Desert Storm. He'll also be receiving some of his grandfather's artifacts from World War II.

"I'm really looking forward to meeting this soldier," she said.

The state treasury has $56 million in property from Luzerne County alone and $38 million from Lackawanna, that includes money or checks from dormant bank accounts.

Garrity wants to give it all back.

"One out of ten Pennsylvanians have unclaimed property and the average claim is about $2,000," Garrity said.

You can search for unclaimed property or military artifacts patreasury.gov.

Until then, your items will be locked up, safe and sound.