A paramedic home care program run by Geisinger allows some heart patients to get the care they need at home, instead of at a hospital. Wayne Hiller, 57, of Scra... 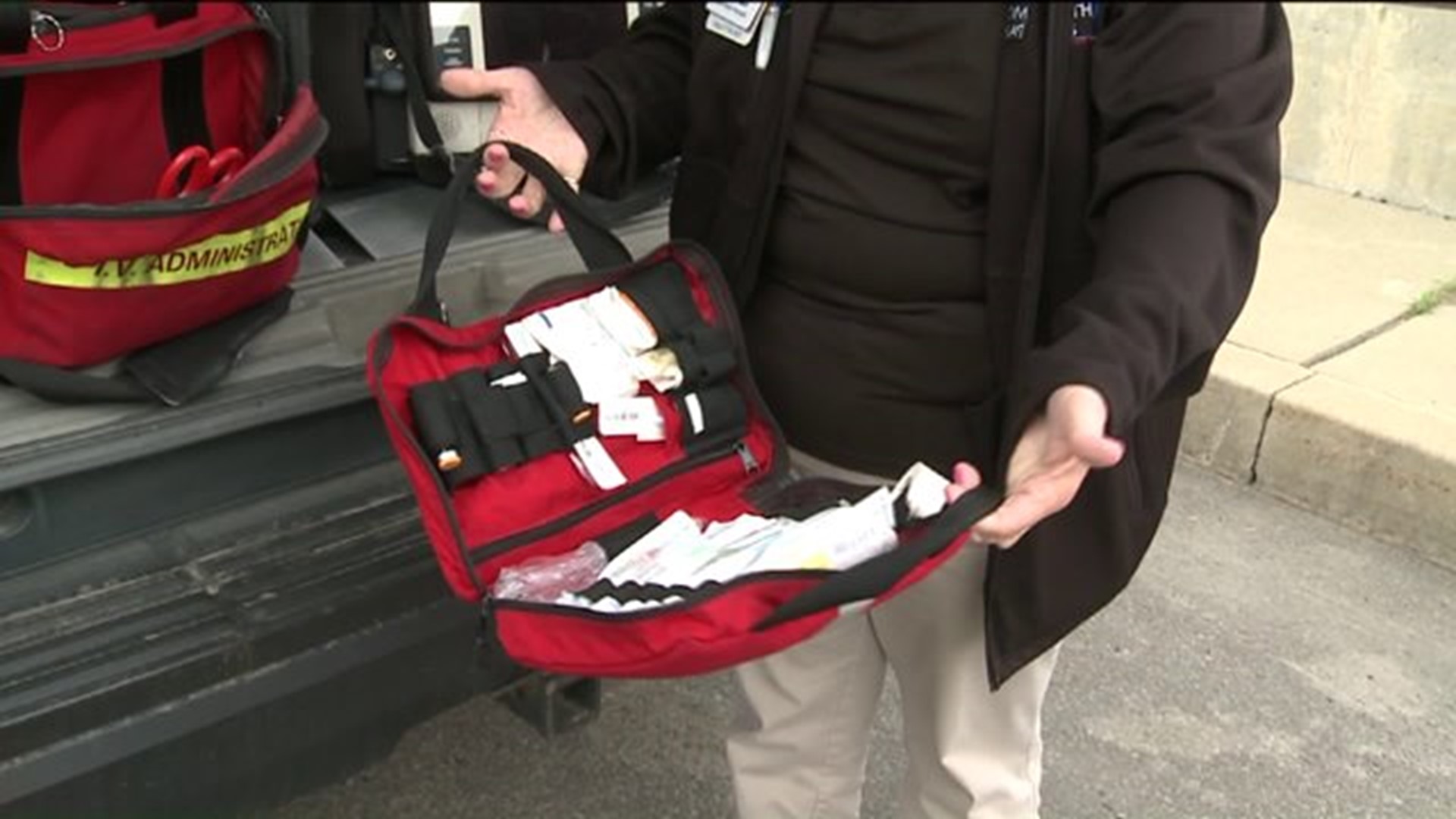 A paramedic home care program run by Geisinger allows some heart patients to get the care they need at home, instead of at a hospital.

Wayne Hiller, 57, of Scranton says he always felt healthy.  He admits he's adopted, and never knew his medical history.  But one day while he was hunting...

"I ended up having a heart attack when I was 44 and it was due to high cholesterol," Wayne tells us.

He eventually had a double bypass surgery, which helped his heart function.  But earlier this year he developed congestive heart failure.

"I went to work every day, but it was a struggle. It was a struggle even just to get home. I'd lay on the couch. I was a couch potato for three months," he tells us.

It was during this time that Wayne became part of Geisinger Wyoming Valley Medical Center's Mobile Paramedicine Program, and a patient of Dr. Sanjay Doddamani.

"There are many patients who are unable to come for reasons of transport, or they're just feeling too sick," points out Dr. Doddamani.

The program allows cardiac patients who are feeling unwell to call their doctors, instead of 911, and have a team of specially-trained mobile paramedics dispatched to their homes.  That team can then video conference with a doctor about how to treat the patient.  In Wayne's case, Roni Koval and Robin Fike responded to his home several times in one weekend.

"Just like a doctor would see a patient continuously over and over again, we know just by looking at them if they're in trouble of not because we know what their normal is," Roni Koval tells us.

Roni and Robin showed us what they call their portable lab.  The program's goal is to keep patients feeling well, while keeping them out of the hospital.  But if someone is sick enough to need the hospital, they'll start care, call 911, give a detailed report to the responding ambulance crew, and call the emergency room to tell them what to expect.

"I think this is going to be a lot of health care in the future, and not just for heart failure patients," Robin Fike says.

In Wayne's case, hospitalization wasn't necessary, and he's grateful for that.

"It was very convenient to come into my home.  Painless.  They were professional; it was a good experience.  And I had good results from it," says Wayne.

The paramedic home care program started at Geisinger last February.  Right now it's only for cardiac patients, and there are limits when it comes to how far the team will travel.  But if the program is successful, doctors don't rule out expanding it in the future.