TOBYHANNA — The Tobyhanna Army Depot, at the crack of dawn, is when many of the depot’s 4,000 employees report for work. Almost half of them arrive ... 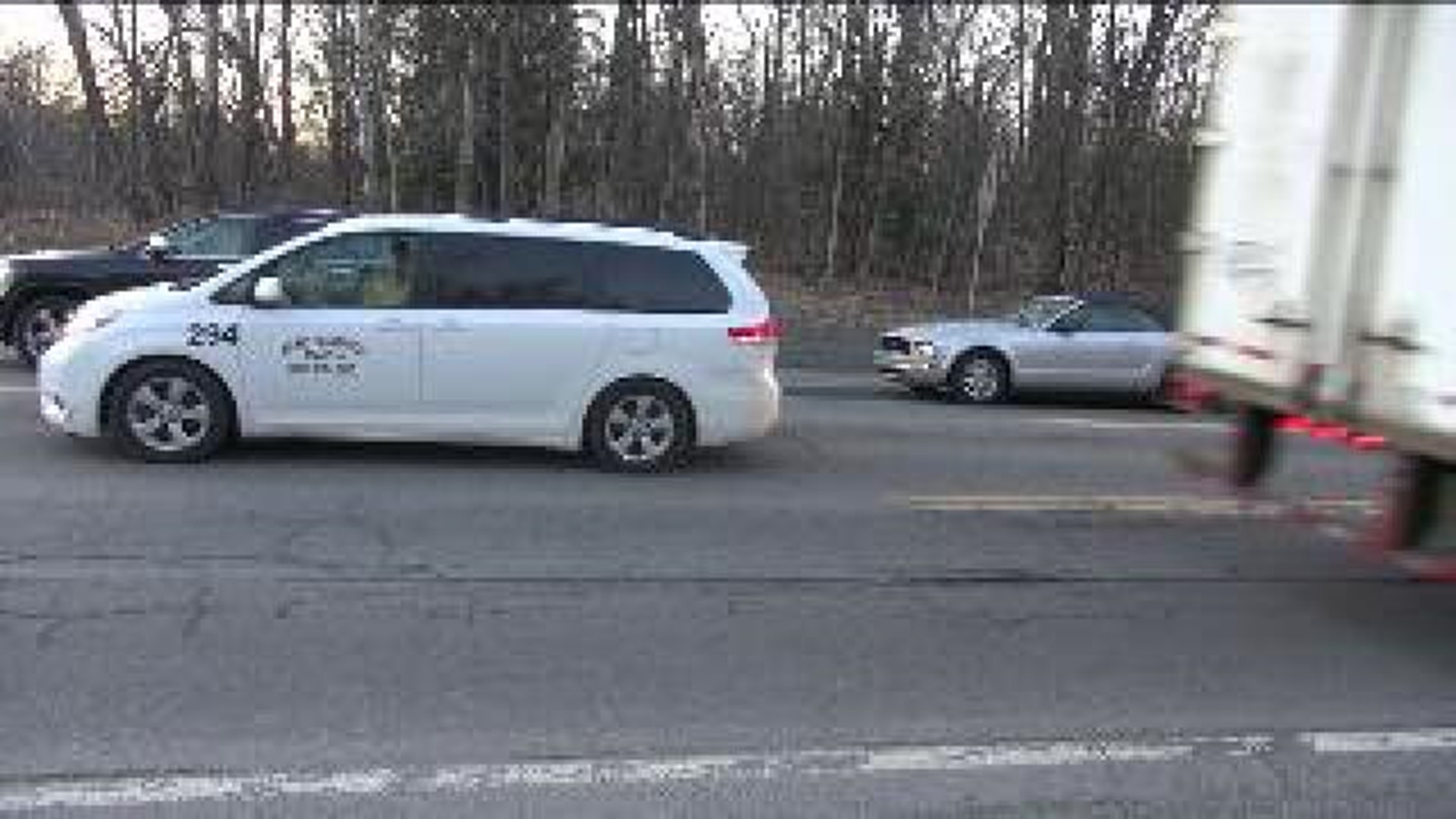 TOBYHANNA -- The Tobyhanna Army Depot, at the crack of dawn, is when many of the depot's 4,000 employees report for work.

Almost half of them arrive in vans. And their trip to work is free, paid for by the U.S. government.

"It is one more benefit that is provided to federal employees, just as we are provided vacation time or health benefits," says James Antonelli, the CFO of the Army Depot.

The van that carries the federal workers looks like something that would be driven by a soccer mom.  But it's actually registered to a local bus company.  And that makes it legally mass transit.

It's called the Mass Transit Benefit Program. It was created in 2000 to encourage federal workers to use buses and subways and reduce "urban congestion," according to its own documents.

In our area 1,766 workers at the Tobyhanna Army Depot use the benefits riding the minivans.

At the Veteran's Administration Office in Wilkes-Barre ride, another 75 people get the free commute to work.

And at three federal prisons in our area, 131 men and women get to and from work by minivan thanks to the transit benefit program.

That includes FCI Minersville Prison Warden Jeff Krueger. He makes a six figure income. But thanks to the perk, he pays nothing for his daily 45-mile trip to and from the prison in Schuylkill County to his home in Lewisburg.

"I'm out there trying to make a living, they're making better wages than I am, and they're getting everything for nothing?" asked Patsy Mistishin of Minersville.

In the heart of Minersville, four miles from the federal prison, and at a gas station in Wilkes-Barre in the shadow of the VA center, commuters had no idea federal workers riding in the vans are getting the free ride, so long as they have six riders.

"I don't get my gas paid for and they shouldn't either.  It's just unfair," said Dyad Elbattah of Wyoming.

"Our folks do take advantage of it, as they do with any other employer-provided benefit," countered James Antonelli of the Army Depot.

Our investigation finds 1,992 workers in our area using the transit benefit program.

The cost to federal taxpayers for the commute in Northeast and Central Pennsylvania: $3.1 million.

At the Tobyhanna Army Depot, a federal report showed the program reduced smog emissions by taking more cars of the road.

And it saves 1.1 million gallons of gasoline a year.

The depot's CFO says everyone benefits.

"There's less traffic for those folks that aren't working at Tobyhanna to contend with when our employees are consolidating and riding in van pools," said Antonelli.

The number of area federal workers using the mass transit benefit in our area has fallen in the last five years.

James Antonelli at Tobyhanna says that's because of cuts to the federal workforce, and not due to a lack of popularity.