Tank is a 3-year-old American pit bull terrier mix at the SPCA of Luzerne County near Wilkes-Barre. 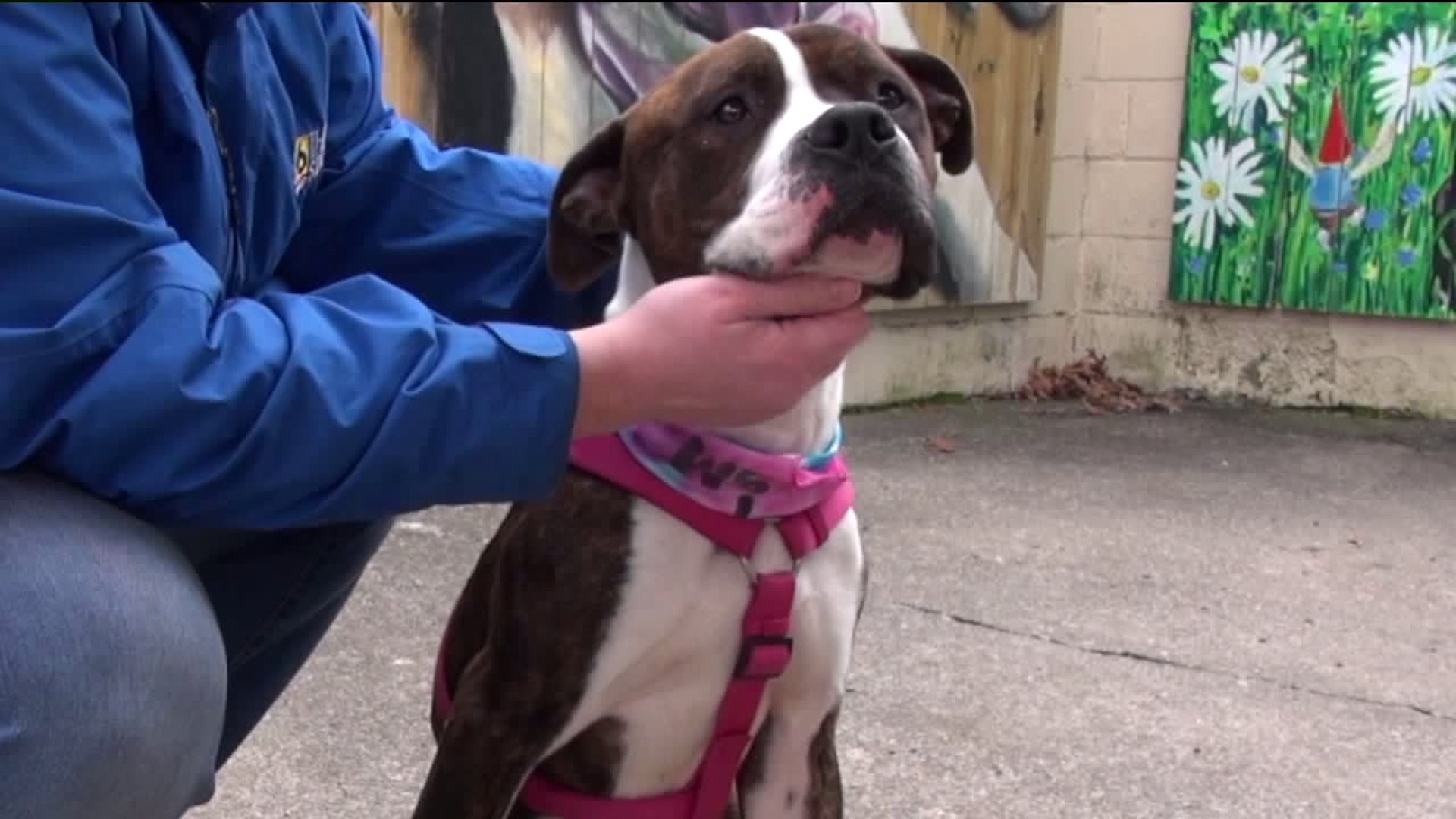 UPDATE: Tank has been adopted.

Tank is a 3-year-old American pit bull terrier mix at the SPCA of Luzerne County near Wilkes-Barre.

Tank is the longest-residing dog there.

"He's been here for a while and I think it's just because pit bulls are really overlooked as a breed," said volunteer John Clawson.

Volunteers say Tank is a chill canine, sits like a champ, walks great on a leash, and is very loyal to his people.

"He seems like he would be a dedicated dog to whoever wants to take him home, because when I have him out, he follows me, he sits next to me, like right now he's sitting with us. He just wants to be around people and get love and attention like any good dog."

Tank would thrive in a home with no other pets, but he can be tested to see how he is with other dogs.

"He's a little bit pet selective, so I think it would be best maybe for somebody to take him who maybe didn't have many pets," said Clawson. "He loves to hang out. He loves to play. He loves to sit. Hey, sit! He loves to sit so that's basically him in a nutshell."

Volunteers say most dogs like Tank get overlooked in shelters because they bark a lot.

"There are 20 dogs barking at one time so that's a lot of stimulation for a dog, so you're not going to see the real dog there."

They tell us if you want to get to know the real pooch, take them out of the shelter for some one on one time.

"I would encourage people if they come to see him, definitely don't judge him by being in the kennel or how he acts in the kennel. Take him out, hang out with him, give him treats, and you'll see what kind of dog he really is."