16 To The Rescue: Sleepy and JC

Sleepy and JC are 7-month-old kittens at the SPCA of Luzerne County near Wilkes-Barre. 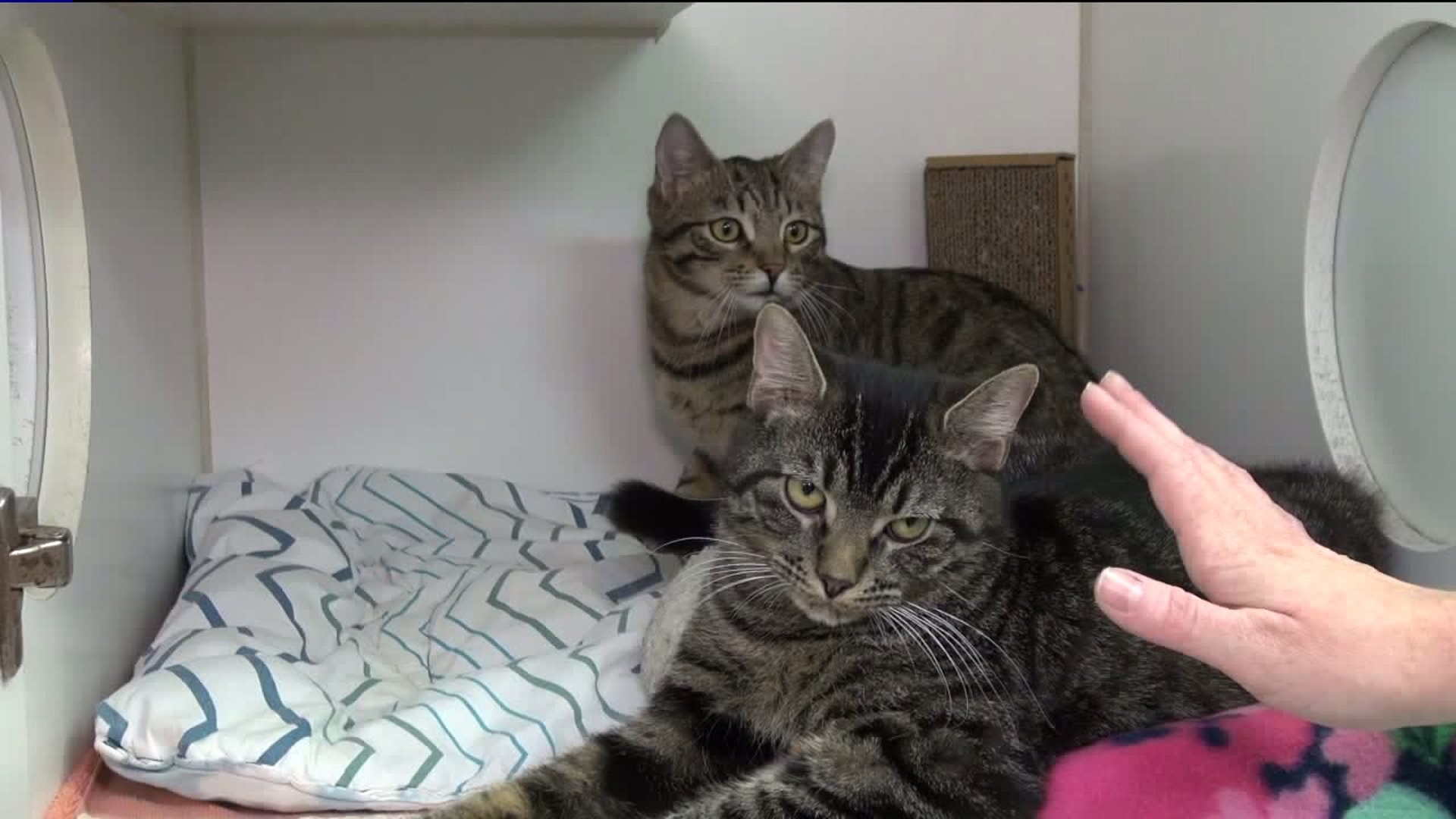 UPDATE: Sleepy and JC have been adopted.

Sleepy and JC are 7-month-old kittens at the SPCA of Luzerne County near Wilkes-Barre.

"They did not come in with each other but due to them spending so much time together in the shelter and in our care, we decided to bond them," said shelter worker Chelsea Feldmann.

They have very diverse personalities.

"They're kind of like yin and yang. (Sleepy) is definitely the outgoing, friendly, loves dogs, cats, being held, butt scratches, you name it."

JC is the more mellow one.

"He's very much more cautious but being with her he has fully blossomed, so he comes out of his shell. He feels so much more secure with her."

JC's story on how he got here is pretty special.

Volunteers say a woman who lived next to a church in Nanticoke called the SPCA to tell them there was a kitten trapped inside.

"It ended up being her name was Angel, so an angel that lived next to a church ended up saving a kitten that was stuck in there," said Feldmann.

This pair would do splendidly in a lively or laid back home and would get along with other cats as well as dogs.

While JC isn't big on affection, Sleepy is.

"She gets so excited when you go to pet her. She rolls over and drops everything and is like, 'OK, just love me.'"

Who wouldn't love to complete your family with two kitties that complement each other?

"You're going to have the relaxed cat that likes to do his own thing as well as having the protection of his sister, and the cat that's going to be on your lap looking for that forever companion."