BRIDGEWATER TOWNSHIP, Pa. — Remy is a 6-year-old Great Dane/Mastiff mix at True Friends Animal Welfare Center near Montrose. Remy has been there for a lit... 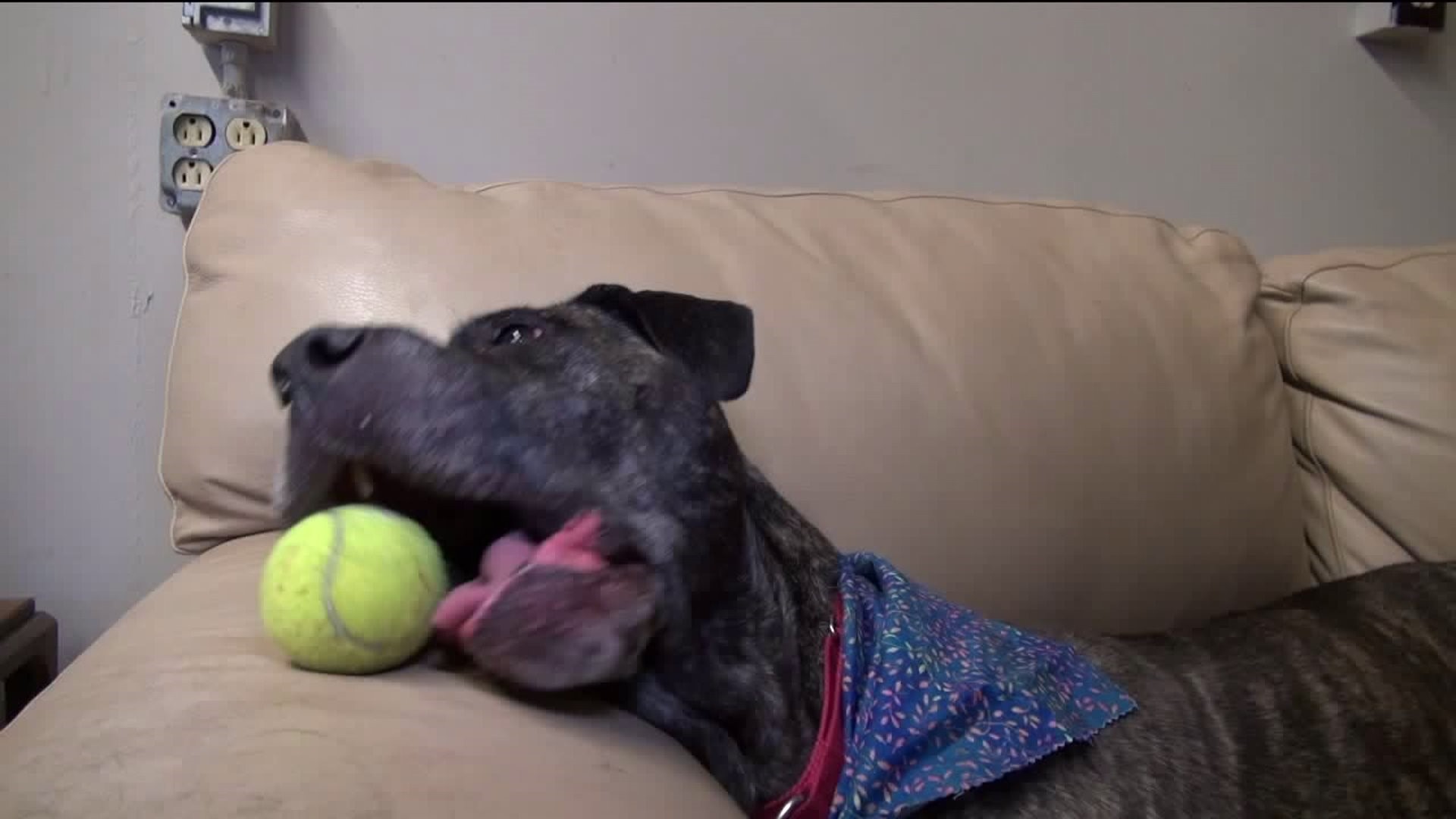 BRIDGEWATER TOWNSHIP, Pa. -- Remy is a 6-year-old Great Dane/Mastiff mix at True Friends Animal Welfare Center near Montrose. Remy has been there for a little over a year.

"She's a love. She's a big bundle of joy. She's fun to hang out with and once you get to know her, she cuddles right in your lap," said True Friends worker Matt Arnold.

While Remy wants nothing more than to nuzzle with her humans on the couch, she can be picky about her playmates. Workers recommend a home where she's the only dog.

"A home with no smaller children, probably late teens, no other dogs or cats," Arnold advised.

While she has a pretty laidback way of life, she still likes to romp around.

"She's pretty lazy but I mean you get her outside. (It) takes her a bit to get wound up, but once she gets wound up, she loves to play," Arnold said. "She's very sassy but like I said, once you get to know her and stuff, she's a bundle of joy. She's really fun to be around."

Once you get her out of the kennel and see her sassy ways, you'll fall in love with her, like workers at True Friends have.

"She's just awesome to be around and stuff. She loves to see new people, meet new people, and you get to see her personality better outside."

If you're interested in adopting Remy,  get more information here.