16 To The Rescue: Ralphie

Ralphie is a 7-to-9-year-old pit bull mix at Camp Papillon Animal Shelter in Stroudsburg. Ralphie came to the shelter last summer as a stray. 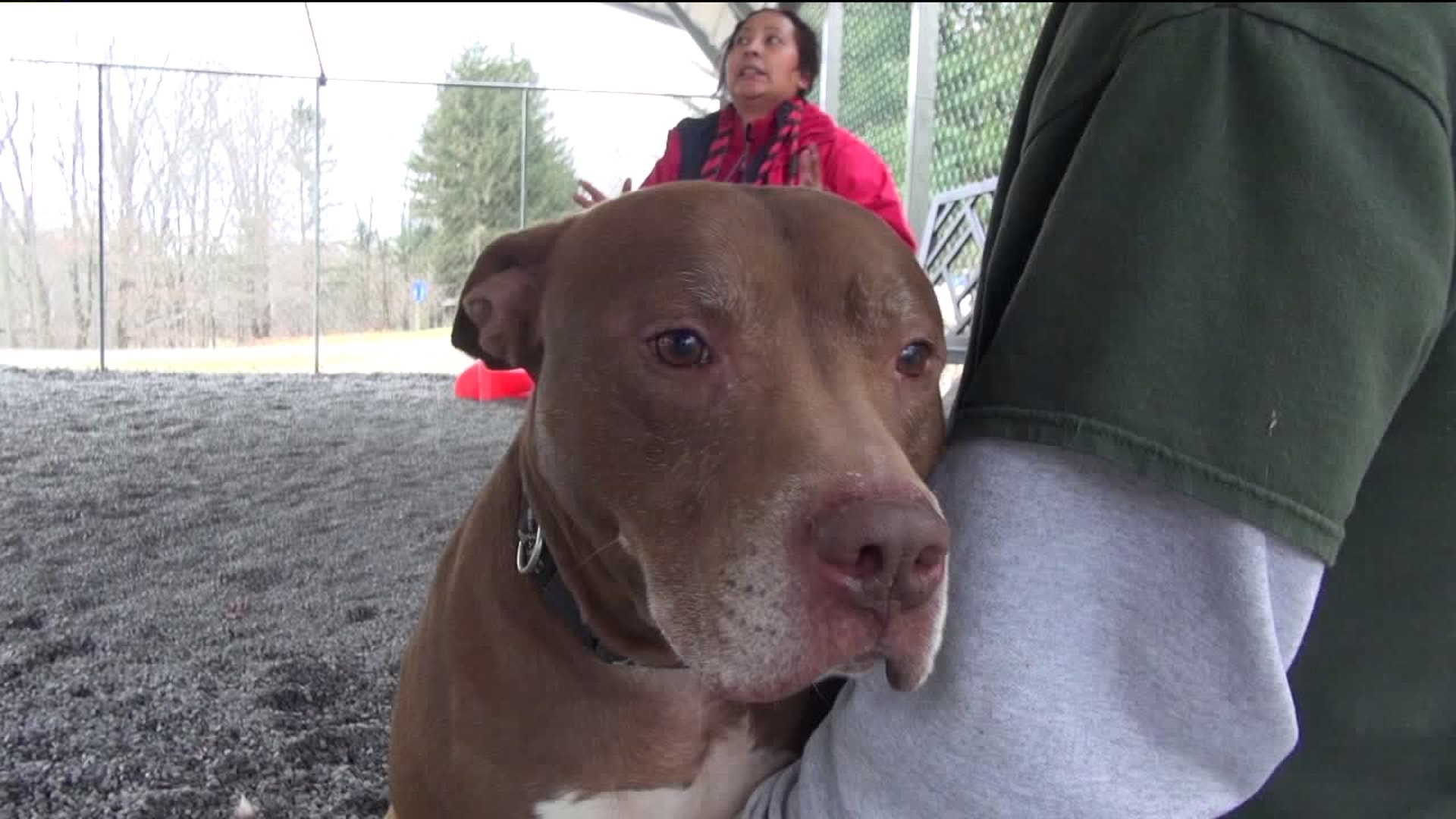 UPDATE: Ralphie has been adopted.

"He also came in with another dog who was adopted, so his buddy got a home which is rough for him because he does need a home himself," said shelter worker Reed Baker.

Ralphie is super-smart and food motivated, making him easily trainable.

An ideal home for Ralphie would be one with older kids and no other dogs.

"He really would do better being in a home alone because sometimes he doesn't like to share his toys," Baker said.

He still needs to be tested around cats.

"He's really friendly. He loves people and that's what he wants to do is be around people. He wants that human companionship, that love, that touch. He really needs that.

Workers say even though he gets plenty of exercise and affection here, it still doesn't compare to being in a home.

No matter how nice your shelter is, It's still a shelter. It's still rough on dogs and he knows he needs a home," Baker said. "That's the thing we want everyone to know, that he is a lover. He wants to just love you."