Milton, Pa. — Moose is a young mixed breed at 4 Paws Sake PA rescue in Milton. He is currently staying in a foster home with other animals. “There i... 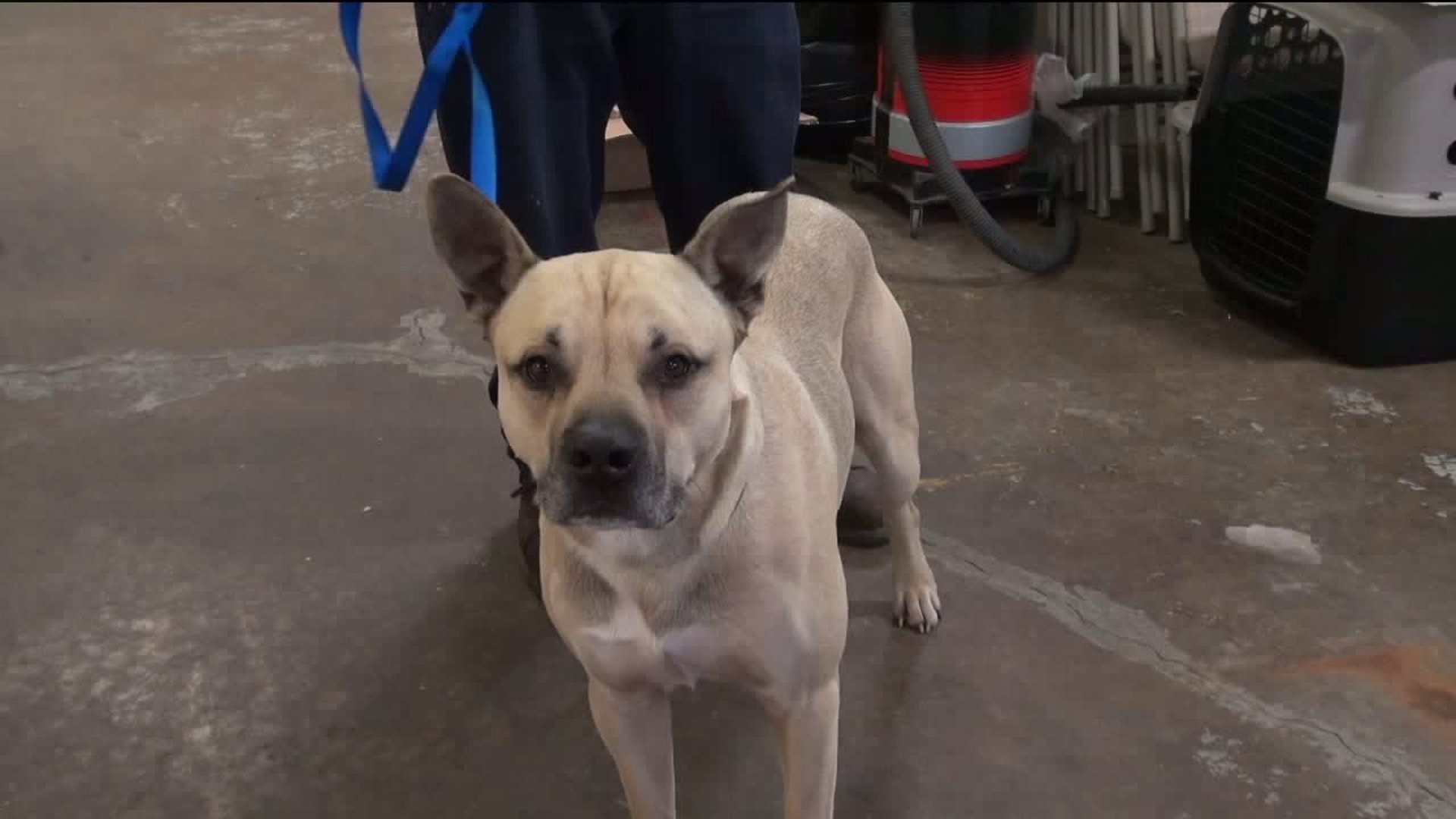 Milton, Pa. -- Moose is a young mixed breed at 4 Paws Sake PA rescue in Milton. He is currently staying in a foster home with other animals.

"There is a 12 year old girl and there are also two other dogs." stated rescue volunteer Angela Cooper. " There are some cats but we are recommending a home without cats."

Moose is said to have a sweet and laid back temperament.

"He's very happy go lucky, just real sweet, very affectionate. Earlier we were giving him treats and he was taking them really gently, " said Cooper. "He's learning how to sit but he was gentle , he's interested and when those ears went up that's adorable you don't expect that."

Moose does need a home that will continue with his training, since his doggy etiquette isn't always the best.

"He is trying to learn some manners, stated Cooper. "He greets with paws up,  so we are trying to work on that but he's been very sweet."

The best kind of home for this big guy?

"I would say a home  that has good boundaries. Maybe older children because i don't know with his excitement that he would run over a little child, " emphasized Cooper. "What i'm being told is that he loves the 12 year old girl in the house. There are also two dogs, a little tiny one and a medium sized dog, He plays with the medium sized dog."

Volunteers tell me Moose is also crate trained and ready to settle in with his forever family.

If you are interested in Moose, get more information here.