16 To The Rescue: Capone

POTTSVILLE, Pa. — Capone is an adult pit bull mix at the Hillside SPCA in Pottsville. He was brought to the shelter as a result of a cruelty investigation. 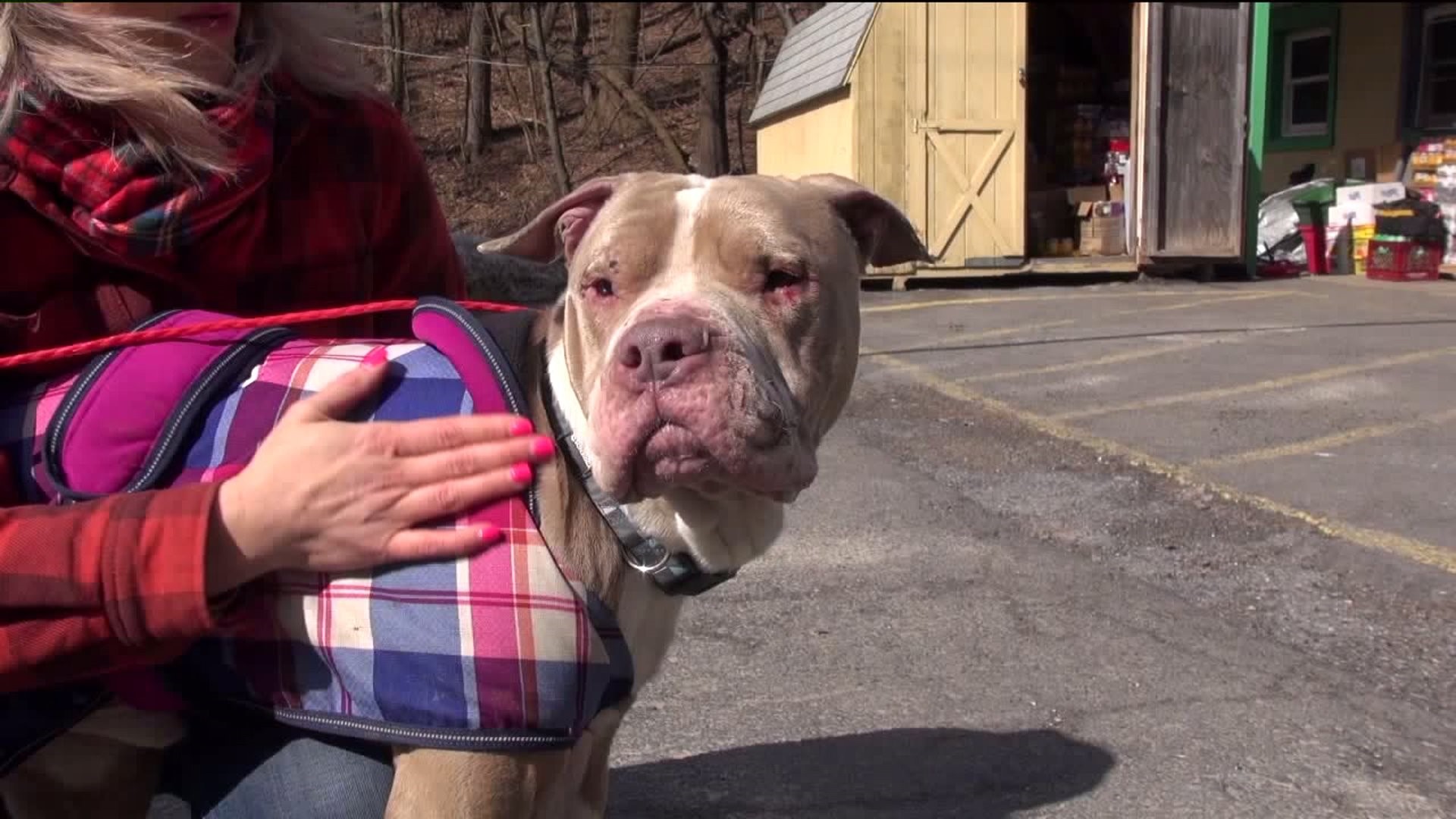 UPDATE: Capone has been adopted.

POTTSVILLE, Pa. -- Capone is an adult pit bull mix at the Hillside SPCA in Pottsville. He was brought to the shelter as a result of a cruelty investigation.

"Because he is blind, he doesn't understand why he's sitting in a kennel and not sitting with people all the time," said Hillside worker Tricia Moyer-Mentzer. "The people decided to surrender him to us. He was just too much to care for. Once we got him back to the shelter, we quickly realized he was blind."

While Capone may have a disability, he thinks he's a normal dog.

"I think maybe he was blind his whole life just because he kind of compensates pretty well and walks around fine and gets along like any other dog does."

Capone had a rough life prior to the shelter, but despite it all, he thrives on human touch.

"He's very loving, loves people. He'll sit on your lap. He thinks he's a five-pound dog. He nuzzles into you for attention. He just wants to be with people," Moyer-Mentzer said. "He should probably go to a home with either no dogs or a female dog just because just recently being neutered and being around too many dogs is just overwhelming for him at this point."

Like most dogs, Capone is a huge fan of leisurely strolls.

"Just an easygoing kind of lifestyle. He's not a super-active dog. I just think he's a chill kind of dog."

Workers believe Capone would blossom in his own space.

"Because he's the type of dog that out of the shelter, in a home, would really do well, and I think he would bond to a person pretty quickly Moyer-Mentzer said. "Not everyone would want to adopt a dog that's blind but I really think as long as you're not moving your furniture every week, I think he would learn the layout of your house and would be pretty easy."

Workers know there has to be someone out there for Capone, because he wants nothing more than to be part of a family,

"A dog like him deserves a home. He didn't have a great life before and I think adopting a dog like him, I think he would pay you back tenfold."