SOUTH ABINGTON TOWNSHIP, Pa. — Bear is a 3-year-old bulldog mix at Griffin Pond Animal Shelter near Clarks summit. He came in as a stray in the beginning ... 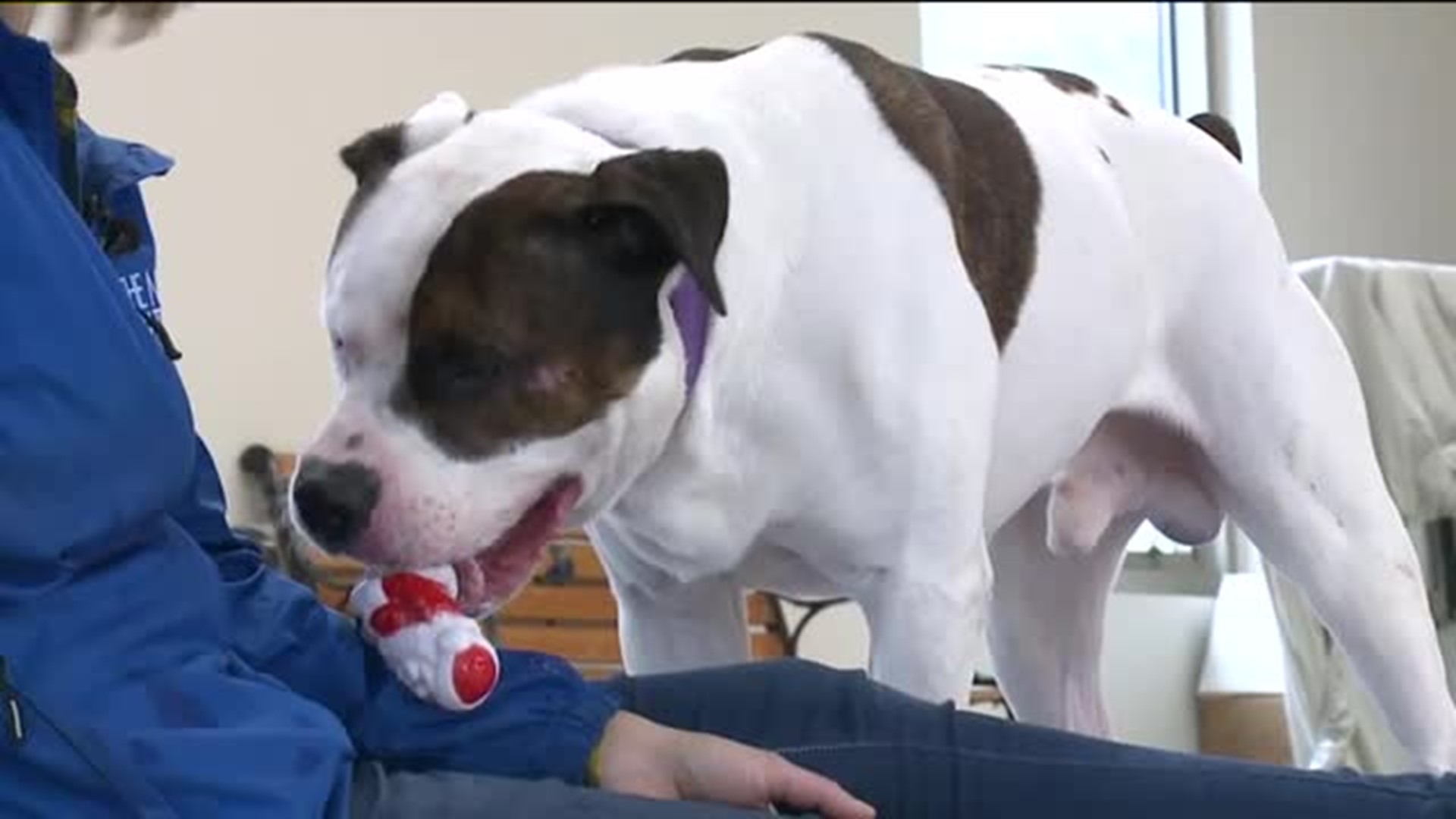 SOUTH ABINGTON TOWNSHIP, Pa. -- Bear is a 3-year-old bulldog mix at Griffin Pond Animal Shelter near Clarks Summit. He came in as a stray in the beginning of September.

Mancus is the behavior coordinator at Griffin Pond.

"I study canine behavior, I love dogs in general."

"A lot of times, people go in and look at him behind the kennel, and he's a big boy and you may think, 'oh, he's a little big, I'm not sure,' and you get him up here and you realize he's a big puppy, I mean he's so lovable and so happy and so playful," said Mancus. "The stigma kind of disappears when you get them outside of there and you're like, 'Wow, he's a dog,' There's no other way to put it, he's a dog, he's a great dog."

Shelter worker say this star of the show will shine with any family as long as you can keep up with him.

"He is, as you can see, a relentless player, he loves to play. He is perfect for somebody who wants to take him to the park for half an hour, an hour, and just let him run, he won't stop, he's great. He is great with dogs. He doesn't show any reactivity with other dogs on the leash. Obviously, if you have another dog in the home, you want to bring them up here and we'll do a slow introduction," Mancus added.

"You don't particularly know what his backstory is, where he came from, what he went through, but how they're so willing to just be like, that's the past, here it is, I'll love you, you love me, let's just do this."

If you are interested in adopting Bear, contact Griffin Pond Animal Shelter. His adoption fee has been sponsored.