16 To The Rescue: Barney 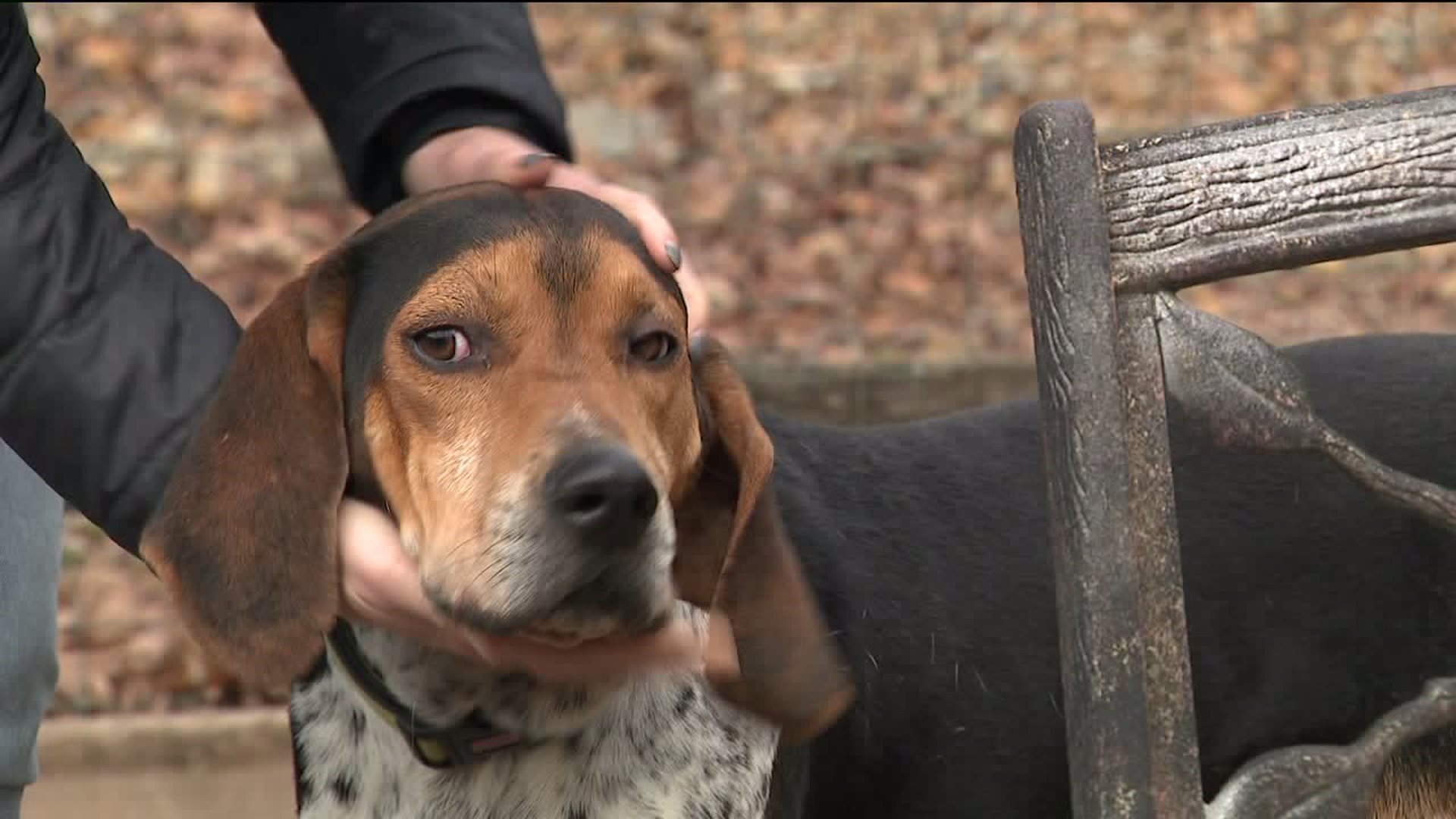 "They are hunters and are always looking for new scents to find," said Blue Chip volunteer Emma Ripka. "So that's why he's sniffing around. He's also sniffing around because this yard has had so many dogs in it."

Barney came in as a stray over the summer with another dog. That other pooch was adopted.

"Barney is very smart but stubborn. He's good with older kids. Because we don't know his past, we wouldn't trust him with a young kid," stated Ripka. "But he's good with other dogs because he came in with another one. We never had an issue with another dog."

Barney would benefit from working with a trainer as well as a fenced-in yard.

"So that he can sniff around because he can be stubborn in the yard and also because of his leash training is right now, " mentioned Ripka.  "We recommend a fence in case anything would happen."

This boy may always be on the scent, but he's also quite sweet.

"Once you get him on a walk, he'll usually stop to try and give you a hug, " said Ripka. "He's very sweet and you can tell he just wants to be loved and be with someone, but no one has given him that chance yet."

Volunteers say Barney keeps getting overlooked due to his age.

"For being a stray, he's one of the sweetest dogs that we have here, " stated Ripka. "There's no reason for him to be overlooked at all. He's a really good dog. He's playful and goofy and I think if someone gave him a chance and they were looking for a couch potato, he's probably the best dog on this property that you could take."

If you are interested in Barney,  get more information here.