16 To The Rescue: Baby Doll 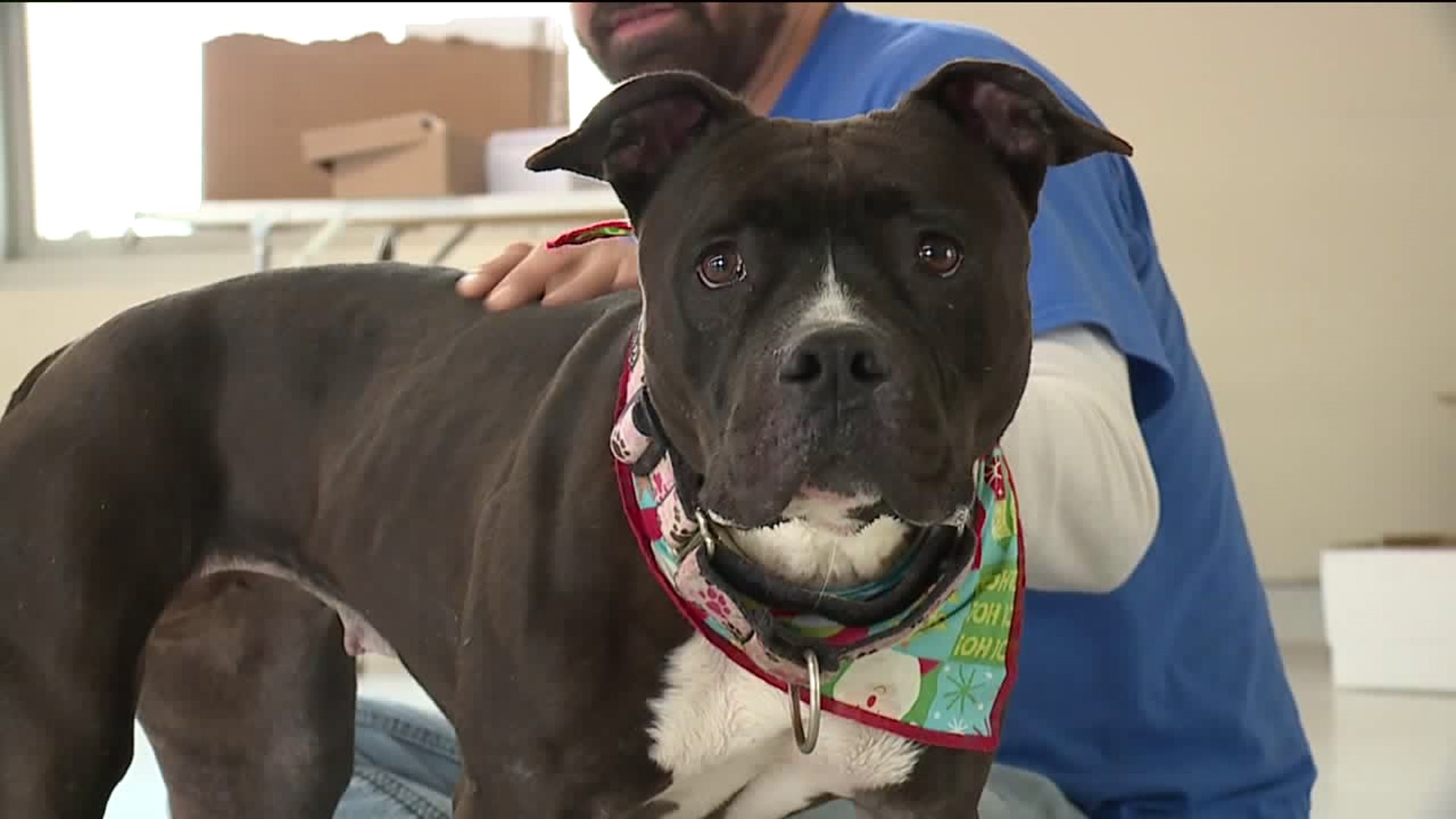 SOUTH ABINGTON TOWNSHIP, Pa. -- Baby Doll is a 3-year-old pit bull mix at Griffin Pond Animal Shelter near Clarks Summit. When Baby Doll arrived at the shelter in September, she was in rough shape.

"She had clearly just been in a fight," stated shelter worker Jimmy Mancus. "We don't know if she was in a fight because she was out as a stray and encountered another dog or she was thrown into a fight. Clearly, she was abused."

Due to her past, it takes Baby Doll some time to warm up to people.

"When we're together, she opens up, she runs and she plays," stated Mancus. "You can see when she's around new people, she is fearful. She hasn't been socialized, and depending on her back story, the people in her life might have been abusive. We think that's what it was, but we don't know for sure, but clearly, she's been through a lot."

Shelter workers are eager to get Baby Doll out of the shelter.

"Shelter life is very hard on her, as it is on other dogs," said Mancus. "She is not taking to the kennel well, barrier frustration, the noise and the other dogs. It's weighing on her heavily, psychologically and behaviorally."

We're told Baby Doll is great with people, kids, other dogs, even cats. But to start, she'll need a laid-back environment.

"Not a home that's overly excited, where you have kids running, jumping, screaming and playing, like an overly chaotic environment," stated Mancus. "She is going to be very scared, timid and very cautious of whatever environment she goes into."

Shelter workers don't want you to overlook this sweet girl, just because of her breed.

"You'll find that pit bulls, they're such good dogs and they're so loyal and they're so loving, says Mancus." "So just come up and see her, get to know her and don't judge a book by its cover, don't just look at her and write her off because she is a pit bull."