As we celebrate Black History Month, we celebrate Vanessa Whiting, who owns 16 restaurants across the region. 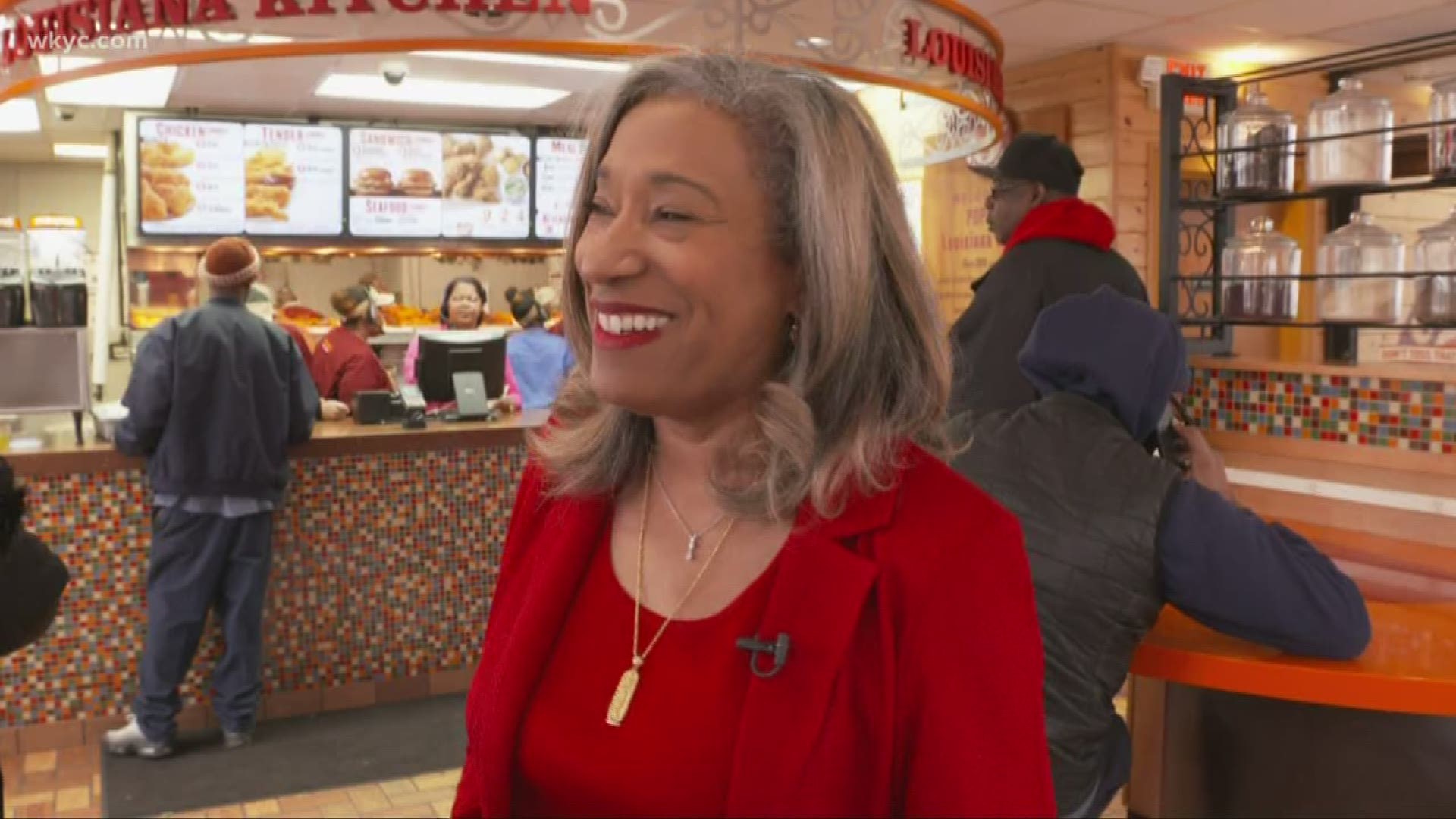 EAST CLEVELAND, Ohio — At a Popeyes Louisiana Kitchen restaurant in East Cleveland, fried chicken is served spicy and succulent. Hot out of the pot, it is also a building block for communities and the life in them.

When the door is open, customers follow their noses, picking up something delicious in the air. In the back, doing the old quick-step, cooks scurry about.

"I’ve made some sandwiches," Vanessa Whiting proudly exclaims. "They’ll tell you I can make a fillet sandwich!"

Whiting is the owner of this Popeyes and 15 other restaurants around Northeast Ohio. She just happens to be one of the largest black owners of Popeyes franchises in the country.

Whiting studied spiced chicken, and it took her to success. For 30 years she practiced law, sometimes handling legal work for a friend who owned a Popeyes franchise.

That friend told her, "Maybe you ought to get into the chicken business." After all, she knew the legal roadmap to a franchise. So in the 1990s, Vanessa and husband, Anthony Smith, jumped in.

"We got educated, but we prepared ourselves for success," she said. "Others can do this. That’s what I would say to young people."

Husband Tony ran the operation, adding more stores while Vanessa busied herself with the couple’s legal work. But in 2014, at age 52, Tony died, leaving Vanessa with the decision of whether to stay or go.

She set aside the law practice, and went full-steam into the running of what has become 16 restaurants. It's definitely hard work staying on top of spots stretching across Cuyahoga and Summit counties.

It’s more than a full-time job for Whiting, but as she points out, those employees work hard, too.

"My people work just as hard as I do," she told us.

In fast food restaurants, the accent is on "fast." In the back, employees bustle with the chicken breasts and whirl on to the chicken wings, and all the while, keeping the biscuits hot.

Vanessa says it’s the company way. So, too, is customer relations.

"I walked in. I’m getting greeted. Suggestive selling. I almost wept," Whiting said while hugging one of her treasured employees.

A story about restaurants and chicken and beans and rice, of course, but really more than that; also a story about jobs for a community, especially those who are coming out of prison looking for second chances in life. Vanessa Whiting has found a recipe to strengthen both lives and the community.

"You can change people's lives," she explained. "Not just your own life, not just your family, but other families."

16 locations provide jobs, 400 employees so far; restaurants in neighborhoods that can always use another thriving business.

As for further expansions, you get the idea: Vanessa Whiting is not chicken about taking well-calculated chances.